14 of the Best Morning Routine Hacks Proven to Boost Productivity

These morning rituals could give you a boost toward success.
Next Article

This article was originally published on November 30, 2017.

Developing the perfect morning routine that maximizes your lifestyle and predilections -- while squeezing the most productivity out of your days -- is a trial-and-error process. You have to know yourself in order to customize the best morning routine, and one size doesn’t fit all. For example: Do you need coffee to even get into the shower? If the answer is a resounding "yes," consider building it into your routine by preparing your coffee maker the night before. That way, you can wake up and immediately hit the “on” switch.

The good news is that some morning "best practices" have been shown to help successful business moguls and entrepreneurs make the most of their time and energy. Take a look at the next 14 slides to see which morning routine hacks you can build into your ritual to help you ramp up productivity and reach your goals.

Related: Own the Morning: Why It's Important to Carve Out Time for Yourself Before You Check Your Email 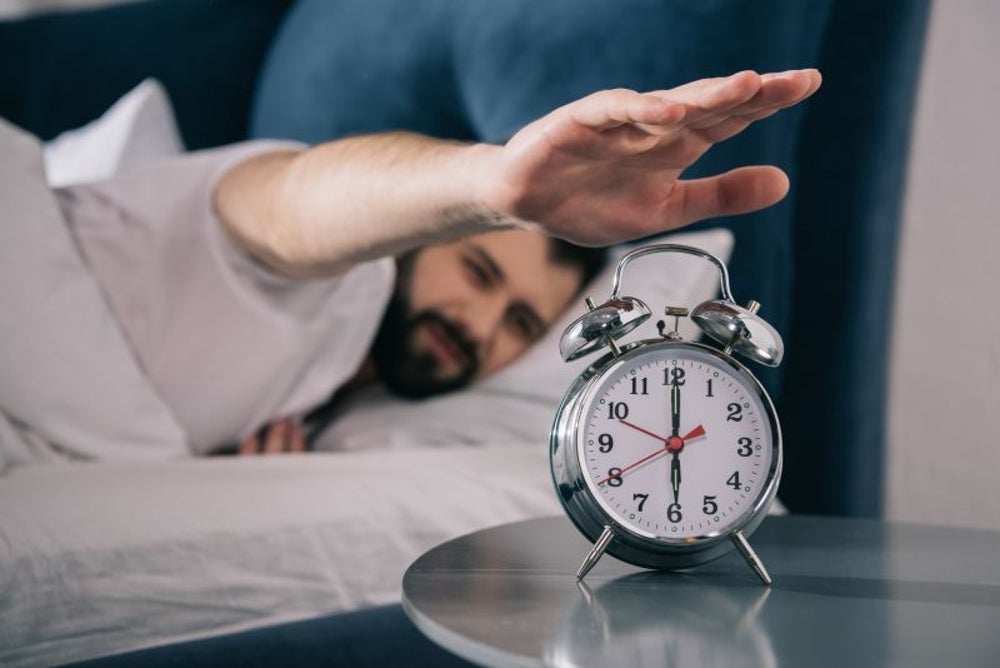 Not all wildly successful people are early risers, but it seems a majority of them are. Richard Branson has said, “No matter where I am in the world, I try to routinely wake up at around 5 a.m. By rising early, I’m able to do some exercise and spend time with my family, which puts me in a great mind frame before getting down to business.”

Research suggests many successful people wake up well before the work day begins. By doing the same, you can make time to exercise, walk your dog, meditate, spend time with family and get a jump on the day before you get worn down by your duties.

Start your morning the evening before. 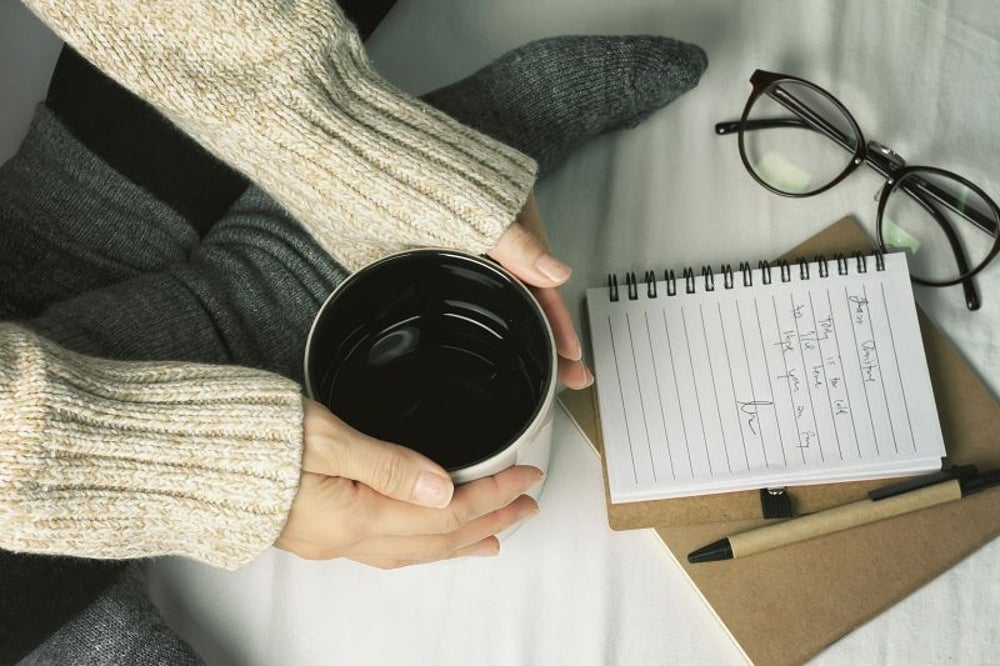 It’s not until the end of one work day that you clearly understand what needs to get done the next work day. So before you log off, make a list of what you'd like to accomplish the following day, like entrepreneur and Shark Tank investor Kevin O’Leary does.

He has said, “Before I go to sleep, I write down three things that I have to get done the next morning before I take a call, write a text or an email or talk to anyone else except my family. And they can be random things, like 'Call your daughter at school and ask about whether she’s done this or that' or 'Close a deal.' What I found was once you get those three things done, the rest of your day becomes amazingly productive."

Do the hardest thing on your to-do list first. 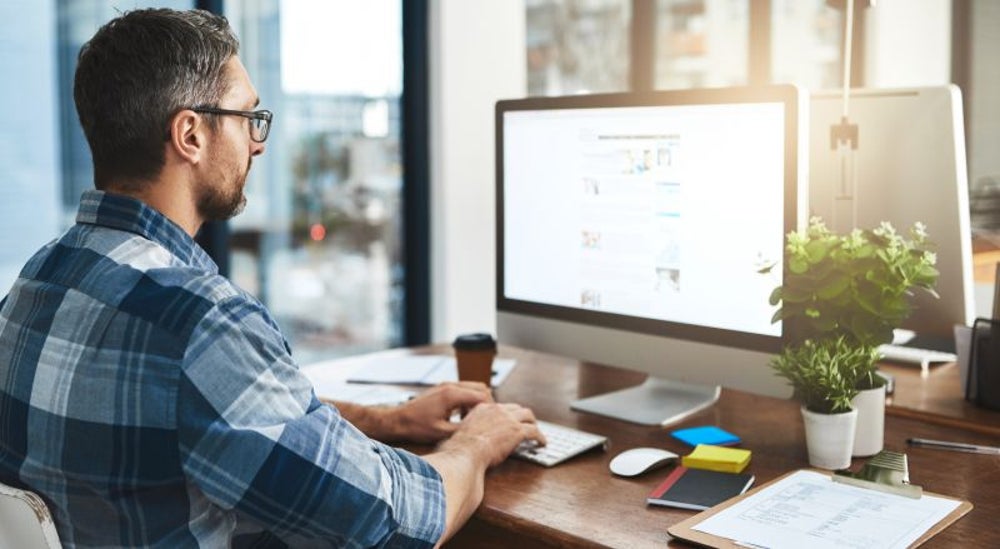 Author Mark Twain is cited to have said, “Eat a live frog first thing in the morning and nothing worse will happen to you the rest of the day.” The adage suggests completing your most difficult task first, and these words were embraced and demonstrated by overachievers for generations after.

Gina Trapani, founding editor of Lifehacker.com, gave her take on why: “First thing in the morning your mind is clear, the office is quiet, and you haven’t gotten pulled into six different directions -- yet. It’s your one opportunity to prioritize the thing that matters to you most, before your phone starts ringing and email inbox starts dinging. By knocking out something important on your to-do list before anything else, you get both momentum and a sense of accomplishment before 10 a.m.”

Tackle the hardest thing while you still have a significant reserve of mental and physical energy. 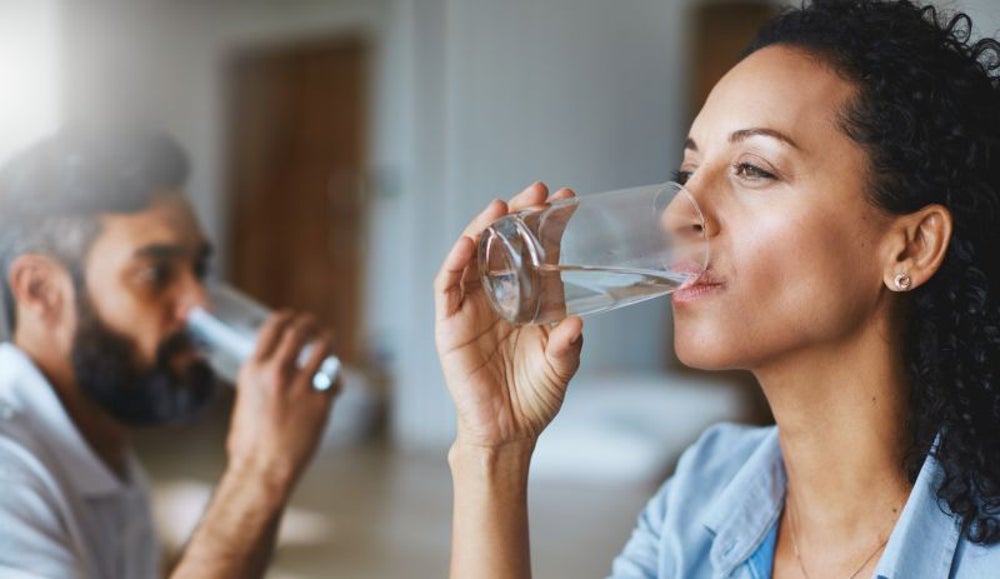 After you wake up, hydrate; you’ve just gone for a long stretch of time without drinking any water. Water perks you up and gets your muscles and organs working, said Rania Batayneh, nutritionist and author of The One One One Diet. “One of the biggest indicators of lethargy or low energy is that you are dehydrated."

That’s why power players like Arianna Huffington, founder of both The Huffington Post and Thrive Global, and Kat Cole, president of FOCUS Brands (parent company of Auntie Anne's, Carvel and Cinnabon), start their mornings with a tall glass of water.

Put your phone out of arm’s reach. 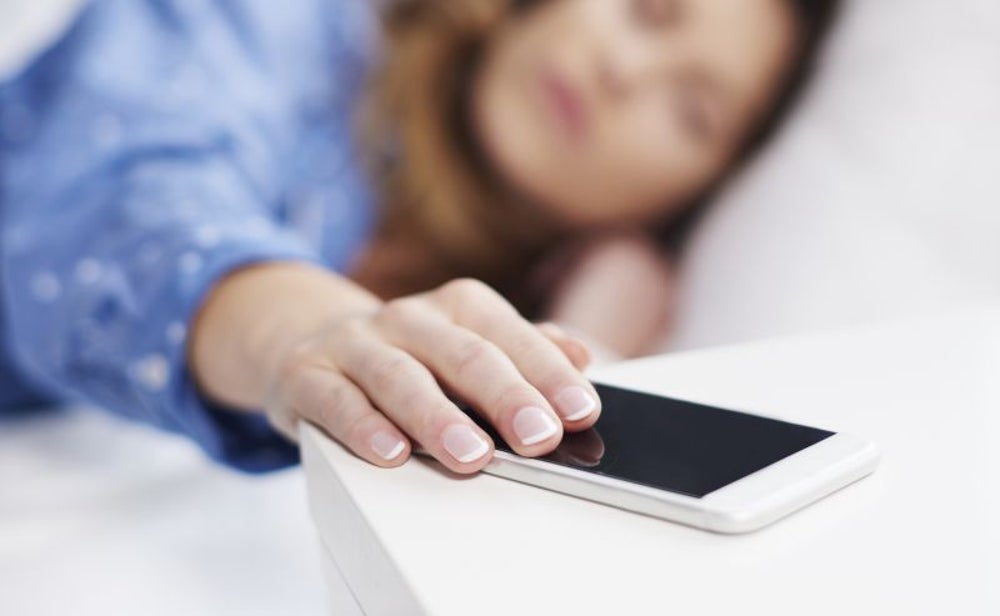 A 2016 study from CareerBuilder suggests cell phones and texting are the biggest productivity killers at work. Constantly checking your smartphone can seriously impede your ability to focus and finish tasks, so it's a good idea to limit your access by banishing it to a drawer except for designated times. You can also consider turning your phone off completely and turning it back on during lunch hour.

Turn on the light. 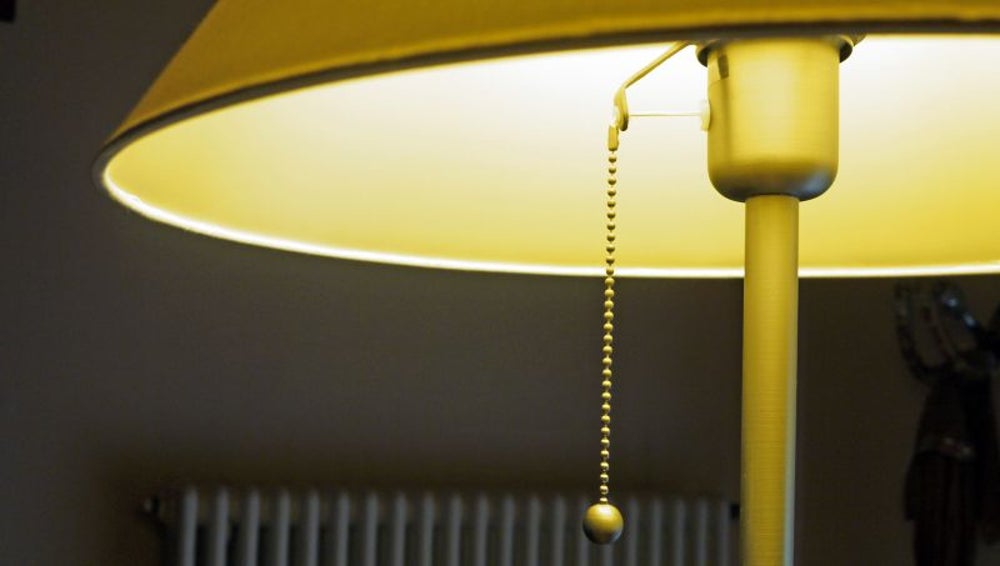 Having trouble getting out of bed? Turn on multiple lights.

Whether it’s natural or artificial, light is significant because it tells the brain that the day has begun and sends signals to the body to stop producing melatonin, the hormone that helps regular sleep, said Dr. W. Christopher Winter, medical director for the Martha Jefferson Hospital Sleep Medicine Center in Charlottesville, Va.

“If it’s dark when you want to wake up -- say, 5 a.m., for example -- you can fool your brain into thinking the sun is up by using bright indoor lights,” Winter said.

Exercise first thing in the morning. 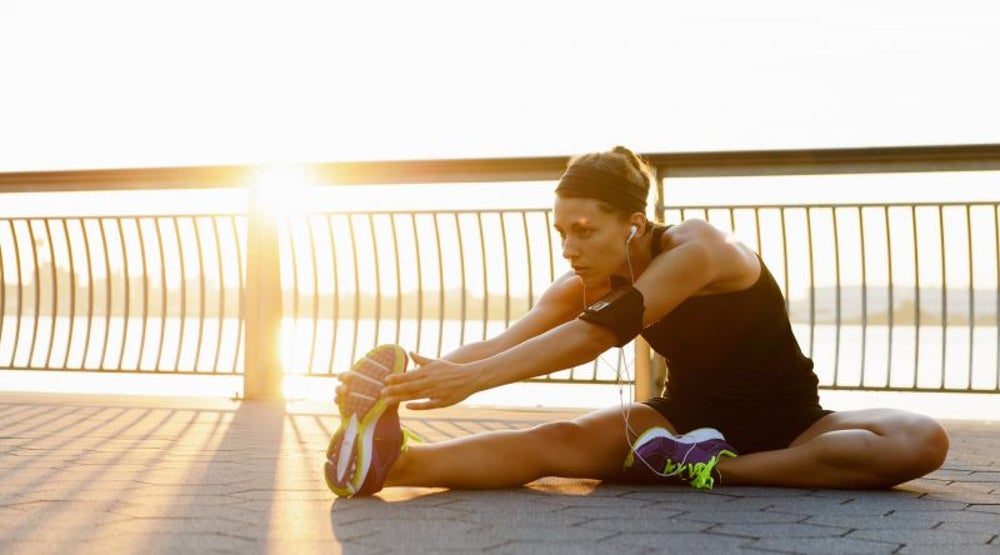 Branson is a dedicated runner and cyclist, and he credits exercise for his ongoing productivity. "I definitely can achieve twice as much by keeping fit," Branson said. "It keeps the brain functioning well."

Science suggests a correlation between mental sharpness, memory and exercise. According to Harvard Medical School's journal, working out causes your brain to secrete a chemical called neurotrophic factor, which boosts brain function. 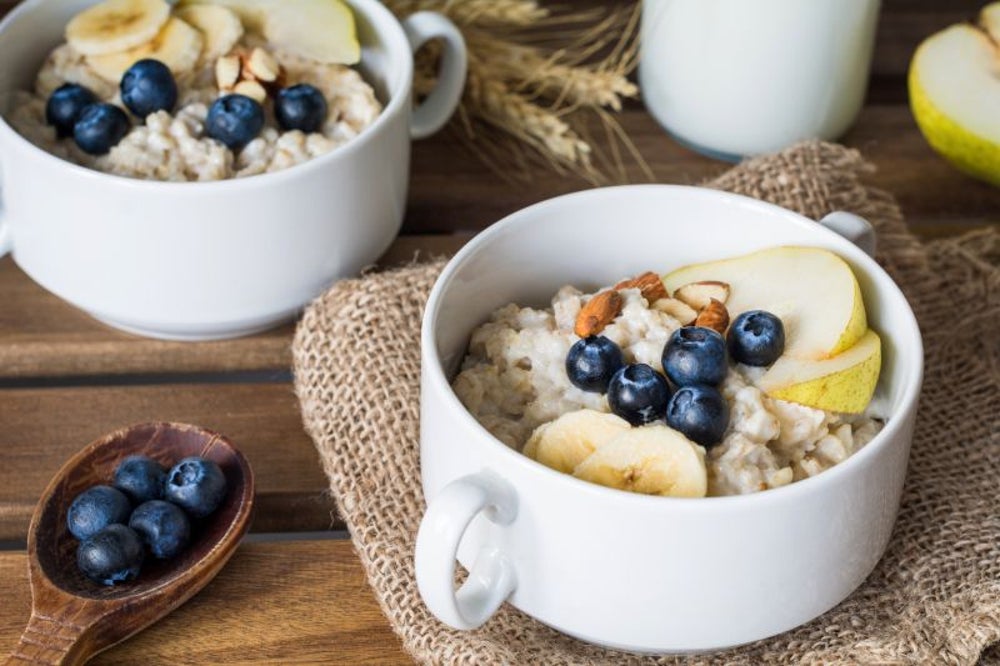 Tony Robbins and Oprah Winfrey both opt for healthy, high-protein breakfasts to increase focus and productivity throughout the day. Lifestyle expert and registered dietician Lisa De Fazio explained that your first meal of the day should be a balance of high-fiber carbohydrates and lean protein. The former helps regulate blood sugar levels, while the latter can help you feel full for longer.

While Robbins opts for a high-protein breakfast and has been reported to favor unusual options like fish and salad or quinoa and hummus, Winfrey is a fruit enthusiast and typically enjoys berries and passion fruit alongside multigrain toast. 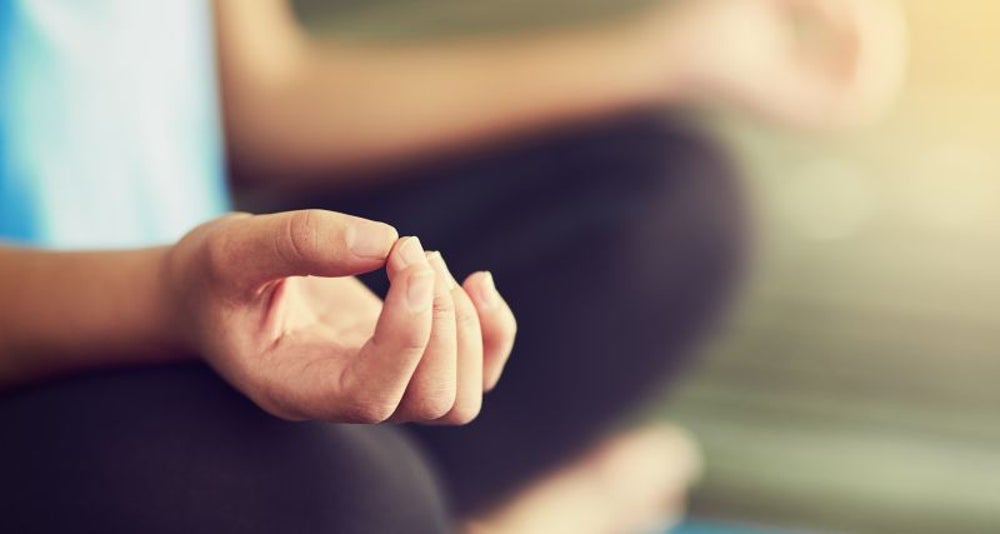 Many moguls meditate first thing in the morning. They’re not alone in this practice, and studies show that daily meditation can help reduce stress and anxiety.

Meditation provides the mind with a daily single-task workout so you can remain focused on completing one thing at a time, instead of being mentally pulled in multiple directions. It can improve your productivity by supporting your ability to stay present. 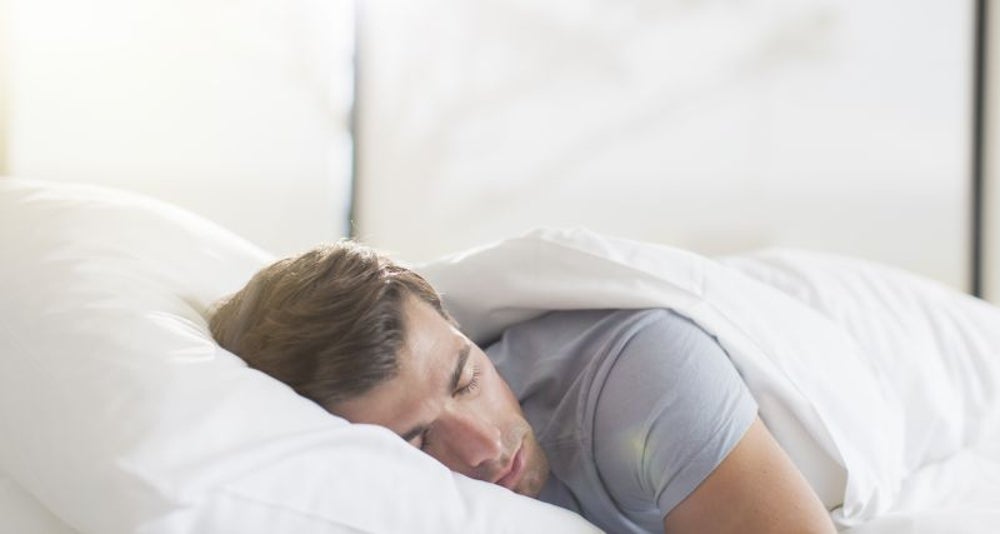 The cost of insufficient sleep is high, and it can negativelyl affect concentration, memory, immune system, mood, efficiency and decision-making.

To get enough sleep, try to avoid drinking coffee five to seven hours before bedtime. Also, create a sleep-friendly environment in your bedroom that is free from screens (which could hamper the production of melatonin). It's a good idea to engage in a sleep routine that cues your body that it’s time for bed, which could mean anything from a warm bath to reading a book, and aim for seven to nine hours of sleep a night.

Arianna Huffington became a well-known “sleep crusader” after she collapsed from exhaustion in 2007 and wrote a book called The Sleep Revolution about the importance of quality rest. Her nightly routine was detailed in Fast Company: “First, she turns off all her devices 30 minutes prior to bedtime and escorts them outside of her bedroom. Next, she takes a hot bath, which ‘washes away the day, slows down my brain, and winds down [the] body.’ She opts for dedicated pajamas instead of what she used to wear to bed -- gym clothes -- and only reads physical books that 'have nothing to do with work' when she’s under the covers. These tend to be poetry, philosophy and fictional books.” Huffington tops off her ritual with writing down three things she’s grateful for.

Pare down your decisions. 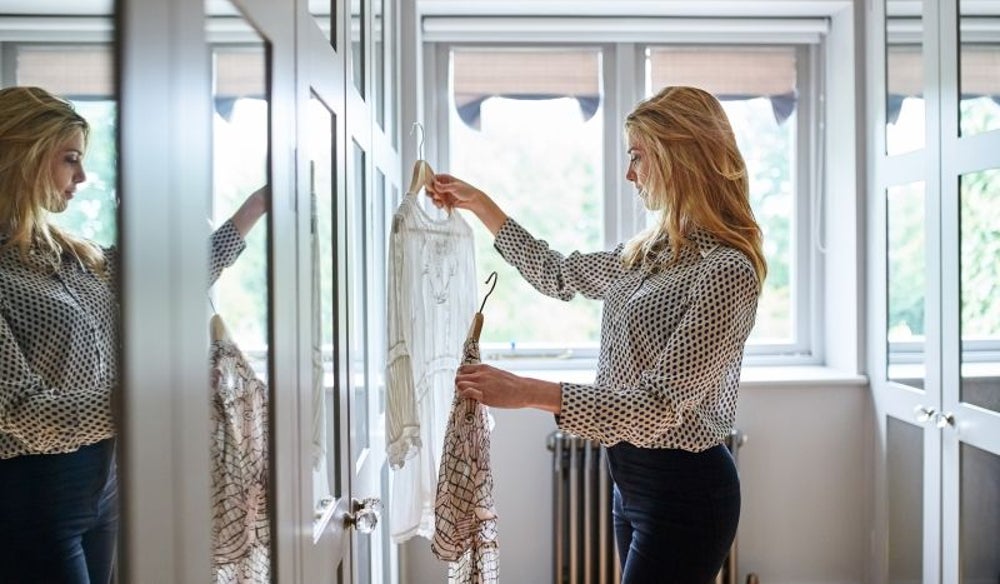 To avoid "decision fatigue," don’t waste time or brainpower making low-level decisions. You can minimize these by creating a routine for choices like what you'll wear and eat on a certain day.

Mark Zuckerberg has built this strategy into his routine by famously wearing a uniform of sorts every day -- a gray T-shirt and hoodie -- and he’s not alone in this approach. Barack Obama took a similar approach to his clothes and breakfast.

Jack Dorsey has regular morning rituals as well and has said: "I look to build a lot of consistent routine. Same thing every day." Dorsey said it helps enable him to be effective during unpredictable moments that can come with running two companies. 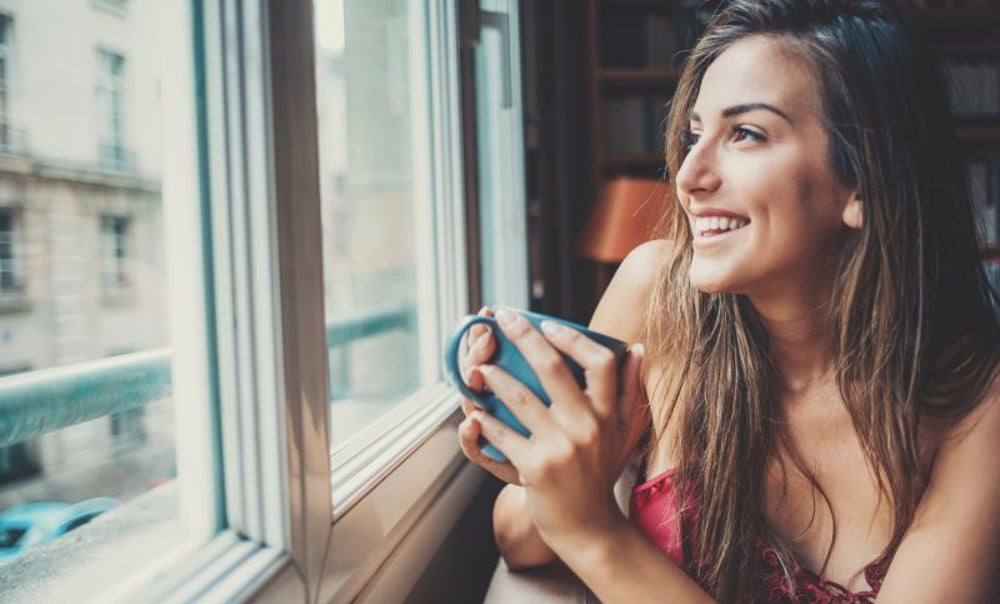 Life coach and author Tony Robbins has a daily morning ritual that includes acknowledging what he’s grateful for in his life. “[I do] three and a half minutes of pure gratitude about three things,” Robbins said. “I pick one of those three to be simple ... the wind on my face, my children’s faces, anything.”

This daily practice can not only push your mindset in a positive direction but also help overpower discouraging emotions like fear and anger. In one study, scientists instructed a group of a people with a neuromuscular condition to keep a daily gratitude journal, while another group kept a daily journal recording hassles of their days. The first group reported being 25 percent happier compared to those participating in the hassle condition. According to the study, "They exercised an average of 1.5 hours more and reported less physical symptoms (like headaches, shortness of breath and chest pain).” 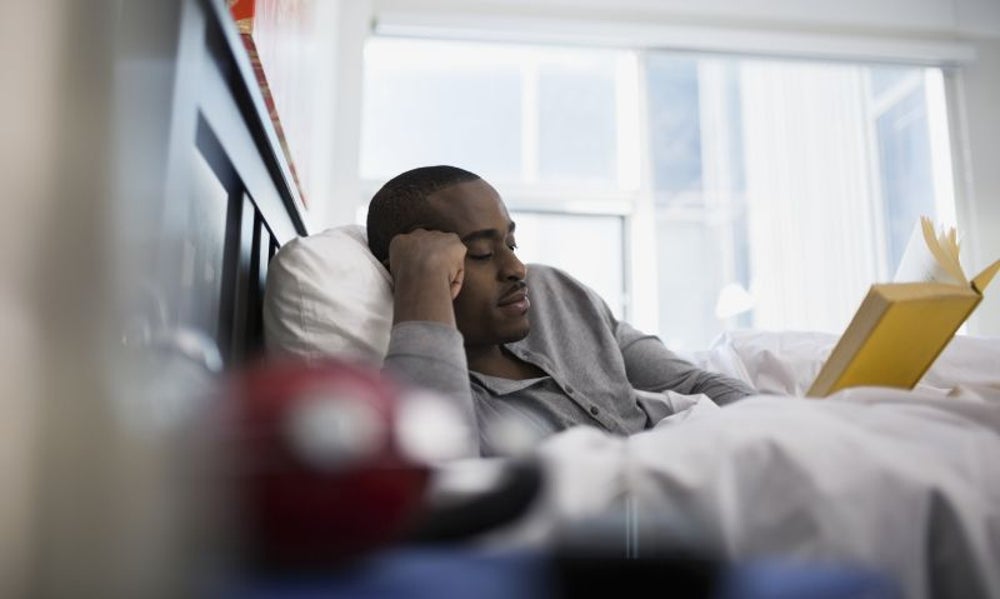 Image credit: Hero Images | Getty Images
Reading is strongly correlated to success factors like income level and job position, according to Tom Corley, author of Rich Habits: The Daily Success Habits of Wealthy Individuals. Driven individuals read not only to learn and achieve more in their industry but also to be aware of current events and how they affect their businesses. Many business moguls read in the morning, including Warren Buffett and Richard Branson. 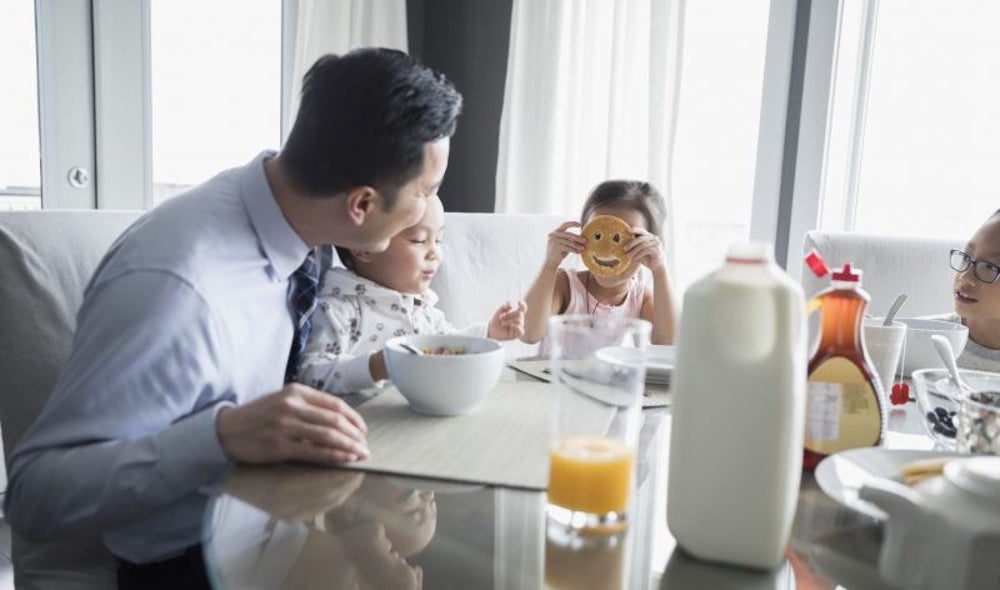 "Exercise and family time put me in a great mind frame before getting down to business," wrote Richard Branson on his blog. Jeff Bezos also reportedly eats a leisurely breakfast with his family.

It makes sense: Many people feel they have the most energy and heightened ability to focus in the morning, and breakfast is said to be the most important meal of the day. Combining a time when you’ve got energy with spending time with your family can lead to genuine happiness before tackling the day ahead.

What Your Morning Routine Is Missing

8 Ways to Upgrade Your Morning Routine

9 Ways to Supercharge Your Morning Routine

22 Guaranteed Ways to Wake Up Early and Energized