7 Businesses That Were Founded by Good Friends

From Warby Parker to Airbnb, check out these business buddies.
Next Article

Launching a business isn’t easy, which is why having a co-founder can often make things a little smoother, especially if that co-founder is your best friend. While many professionals warn against going into business with close friends, there are plenty of examples that prove it can work. Just take a look at companies such as Airbnb, Warby Parker and even Ben and Jerry’s. These successful businesses started out with a friendship before a brand, and look how they turned out.

Related: 7 Traits You Should Look for in a Co-Founder

If you’re thinking about launching a business with your BFF, but need some inspiration, check out the success stories of these seven BFF co-founders. 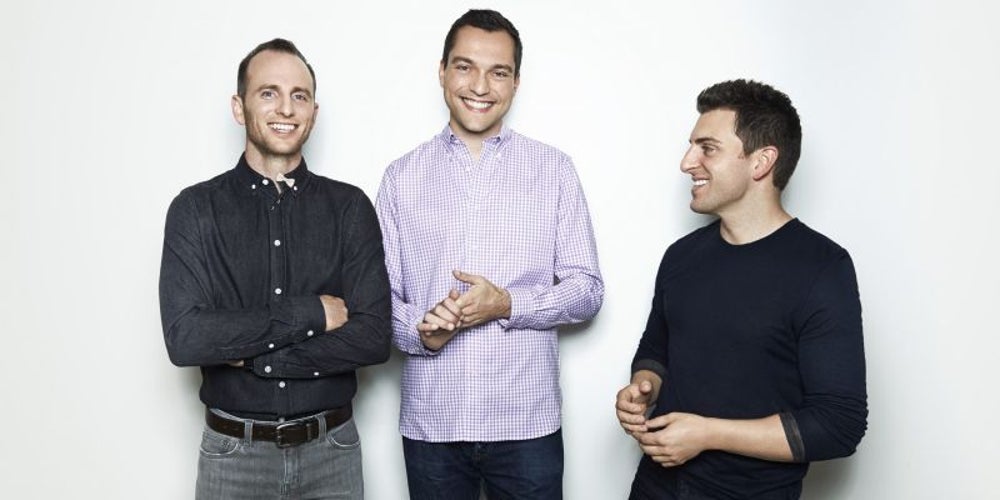 In 2007, Airbnb co-founder Nathan Blecharczyk moved to San Francisco and found a roommate through Craigslist: Joe Gebbia. At the time, Blecharczyk was an engineer for a startup and Gebbia was a designer for a different startup, and they immediately hit it off. “While I lived with Joe I came to appreciate two things about him -- he worked just as hard as I did, and his skills complemented mine,” Blecharczyk told Mashable. “I have the technical abilities, and he had the creative design skills.”

After Blecharczyk moved out, Gebbia’s college friend Brian Chesky moved in. All three became close friends and worked in the same industry, and it was in the summer of 2008 when they came up with their billion-dollar idea. Due to a design conference in San Francisco, there was a shortage of available hotels, so the three built a website that would rent out space in people’s apartments. The result: Airbnb. 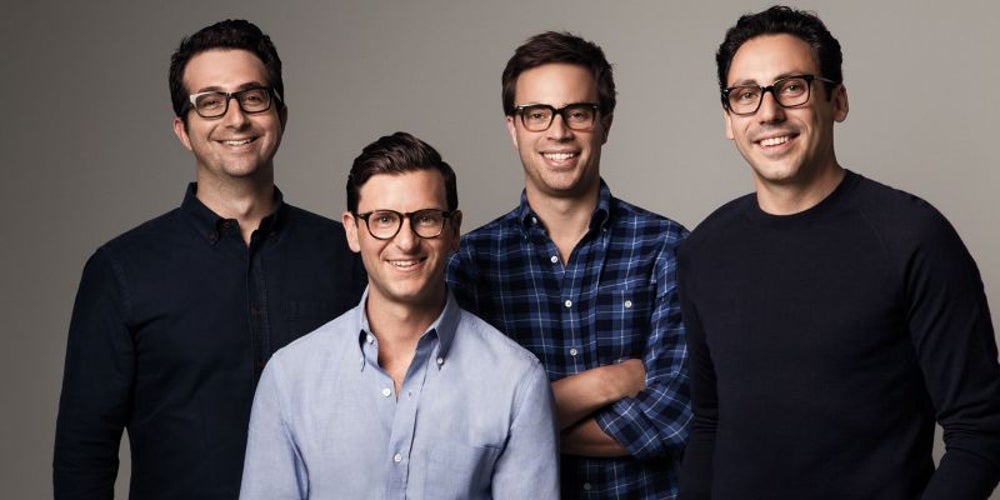 Warby Parker founders Neil Blumenthal, Dave Gilboa, Andrew Hunt and Jeffrey Raider became friends during grad school at Wharton in Philadelphia. Bonding over a shared frustration of expensive glasses, the friends realized there was an opportunity in the market for them: high quality, reasonably priced glasses available online. After coming up with the idea, they met up at their local bar and made a pact that they would all work hard to launch the company but make sure their friendships were never compromised.

Related: I Co-Founded a Startup With My Best Friend: How to Balance Friendship and Business 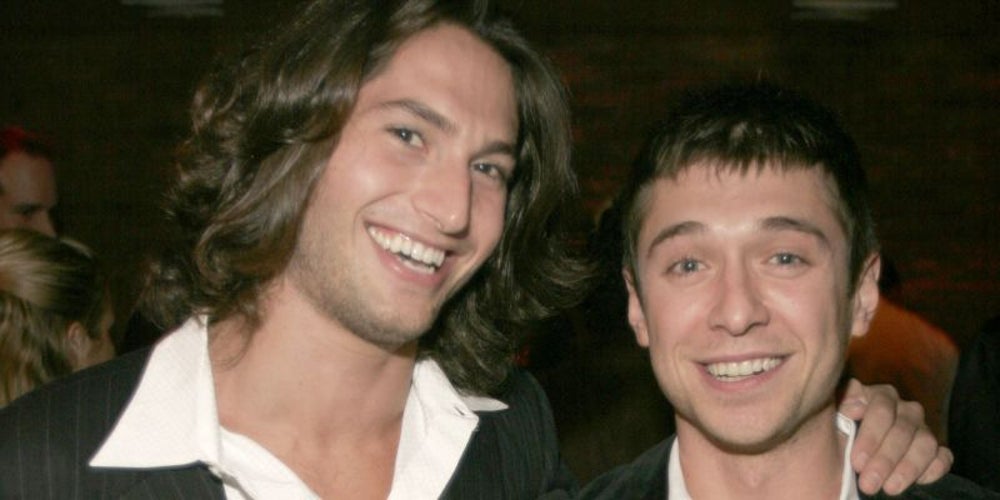 Image credit: David Pomponio | Getty Images
Ben Lerer and Adam Rich were friends long before launching Thrillist, an online media brand that covers local events and restaurants around the country. After both graduated from University of Pennsylvania and moved to New York, Lerer and Rich would hang out often. One night while having a beer together on Rich’s roof, complaining about their jobs while Lerer was getting ready to go out on a date, they came up with the idea to launch Thrillist. Frustrated that he couldn’t figure out where to go on his date, Lerer and Rich realized the lack of online advice or city guides available when it came to restaurants, events and things to do. After that, Lerer and Rich began going to restaurants around the city, trying multiple items and writing up articles on them until the site eventually grew and is now a prominent media group. 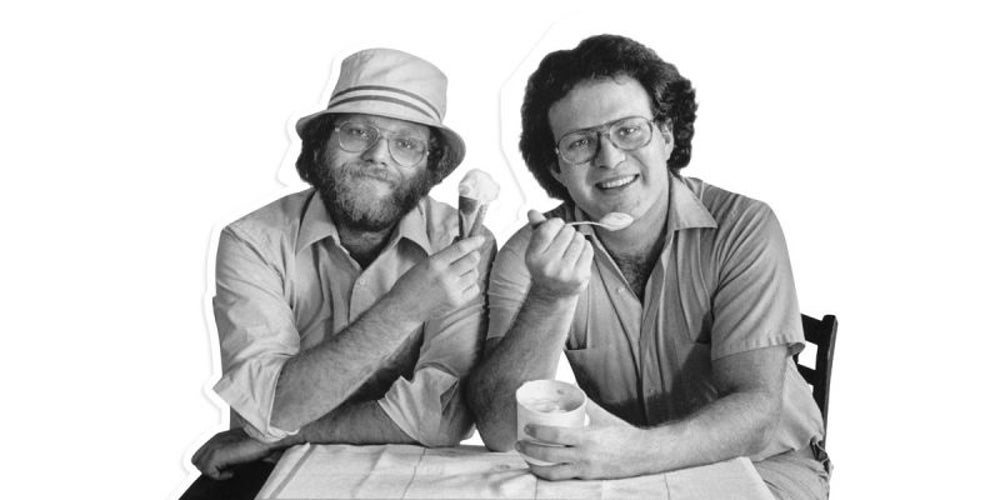 Image credit: Ben & Jerry's
The friendship of Ben Cohen and Jerry Greenfield of Ben & Jerry's Ice Cream dates back to the seventh grade. “I met Jerry running around the track in seventh grade gym class. We were the two slowest, fattest kids in the class,” Cohen told The Independent. Quickly becoming best friends, Cohen and Greenfield spent their teenage years together and eventually ended up living in New York after Greenfield graduated college. Eventually, after they felt the ice cream industry too saturated in New York, they made their way to Vermont and in 1978 opened their first store in Burlington. 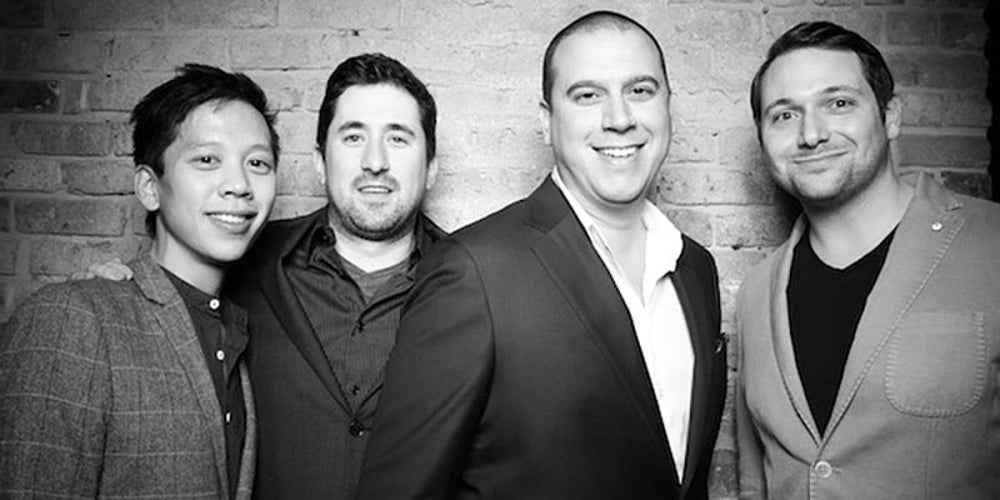 When the Sprout Social executive team, Justyn Howard, Gil Lara, Aaron Rankin and Peter Soung, met each other, they knew they should start a company together, however they didn't know what the company would be. Howard, the company’s co-founder and CEO, and Lara, co-founder and COO, were family friends long before the birth of Sprout Social. Their wives eventually introduced them to Rankin, the company’s CTO, during a couple’s group date night. Then, Rankin introduced the group to his former colleague and fellow bowling league competitor, Soung -- today the company’s director of engineering, growth and mobile. “From those initial introductions and conversations it was pretty obvious we should find a way to work together, and Sprout took shape shortly after,” explains Howard.

Related: 7 Qualities Every Entrepreneur Should Look for in a Co-Founder

Image credit: ©Stefaan Temmerman
PJ Bouten and Louis Jonckheere, the co-founders of Showpad, originally met while they both worked at a startup called Netlog. Jonckheere was an intern at the time, but the two immediately hit it off, bonding over a shared appreciation for entrepreneurship. After some time, the two quit together and started a digital product studio called In the Pocket. However, In the Pocket revealed to them the challenges faced in the marketing and sales industry and inspired their next business venture, Showpad. “I think it’s better to begin as Louis and I did, and build that friendship after you’re able to establish trust and a productive working relationship,” Boulten said in an email to Entrepreneur. 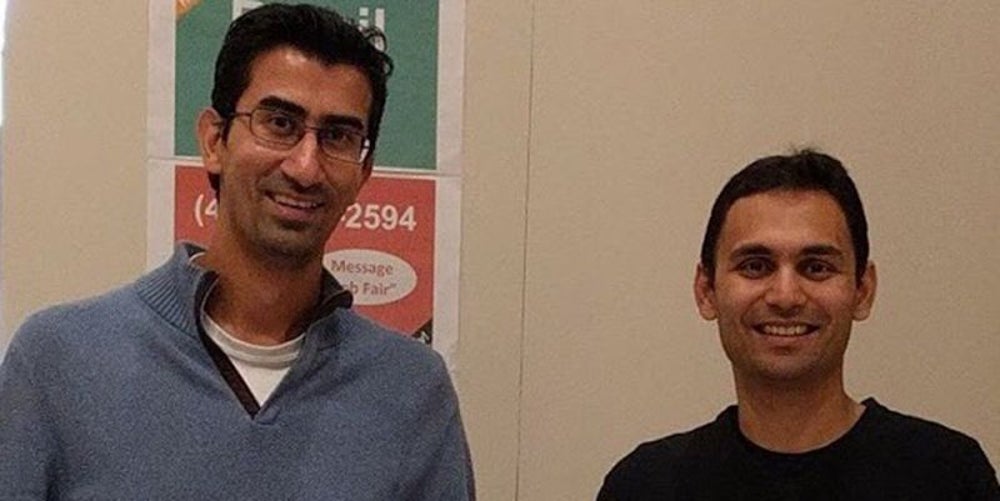 Image credit: AllyO
AllyO co-founders Sahil Sahni and Ankit Somani met during their freshman year of college at the Indian Institute of Technology Madras. After graduating, the friends both attended graduate school in the U.S., Somani at Georgia Tech and Sahni at MIT. Keeping in touch throughout, Somani and Sahni met during winter break once to discuss a potential idea of creating a company to improve job recruitment. Putting this idea on the back burner, the friends went to work in various companies including Google, Oracle and McKinsey, however in 2016 they finally decided it was time. Quitting their jobs, they spent months brainstorming, researching and eventually launching AllyO, an artificial intelligence recruiting platform. “One of the biggest strengths we discovered we had when launching AllyO was keeping each other honest about business fundamentals,” explain the co-founders. “In our experience, the main contributor to this issue is a lack of open communication between founders, which we were able to overcome due to our close friendship and long history of working together on various startup ideas.”
More from Entrepreneur