Feeling crunched on time? These tips will help boost your productivity and free you up to take on new tasks.
Next Article Add to Queue

Sometimes it feels like there aren’t enough hours in a day to get everything done. However, you’d be surprised how a few quick changes to your routine can make all the difference.

While there are the obvious solutions, such as waking up earlier, there are some not-so-obvious ones, such as taking 15-minute naps, eating snacks throughout the day and adding plants to your workspace. Sounds nice, right? The best part is these simple tweaks will boost your performance, help you reach peak productivity and even tack on some extra hours to your week.

To learn more, here are 12 simple tweaks to your day that will give you extra hours in the week.

Cut out the small stuff. 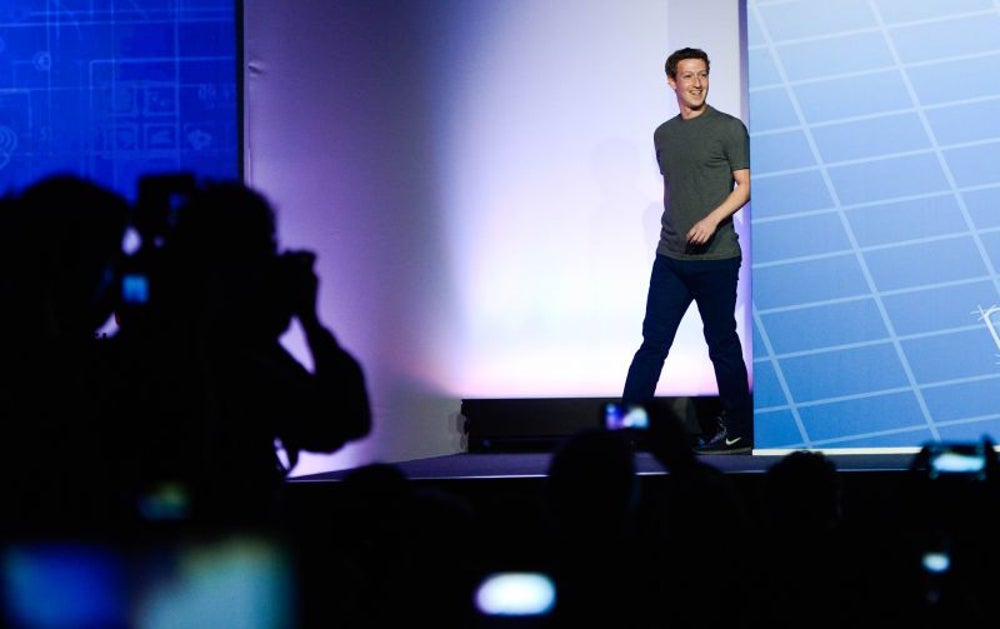 Image credit: David Ramos | Getty Images
Ever wonder why Mark Zuckerberg wears the same thing every day? It might seem funny, but the reason for Zuckerberg’s uniform is to reduce the amount of time he has to spend on small decisions, in order to make room for more important ones. When asked about his monotonous wardrobe in a 2014 Q&A, Zuckerberg explained: “I really want to clear my life to make it so that I have to make as few decisions as possible.”

Eat throughout the day. 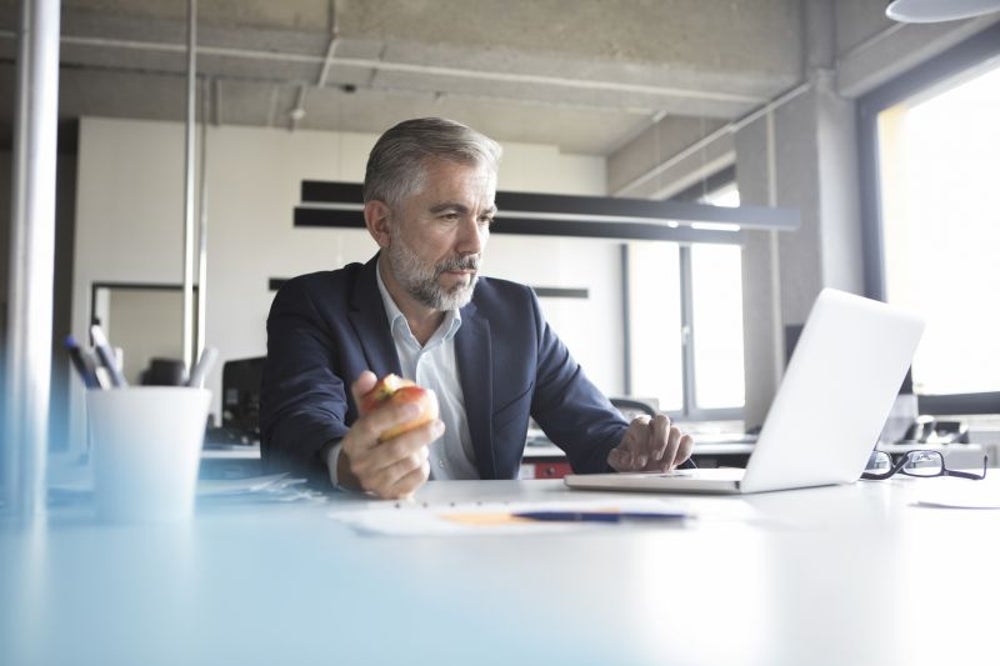 Image credit: Westend61 | Getty Images
Rather than indulging in three large meals throughout the day, try grazing. According to Harvard Business Review, spikes and drops in blood sugar are detrimental to productivity. Eating small, frequent meals throughout a day will help stabilize blood sugar, keep energy levels consistent and ultimately, help you add a few more hours to your week.

Don’t let your inbox own you. 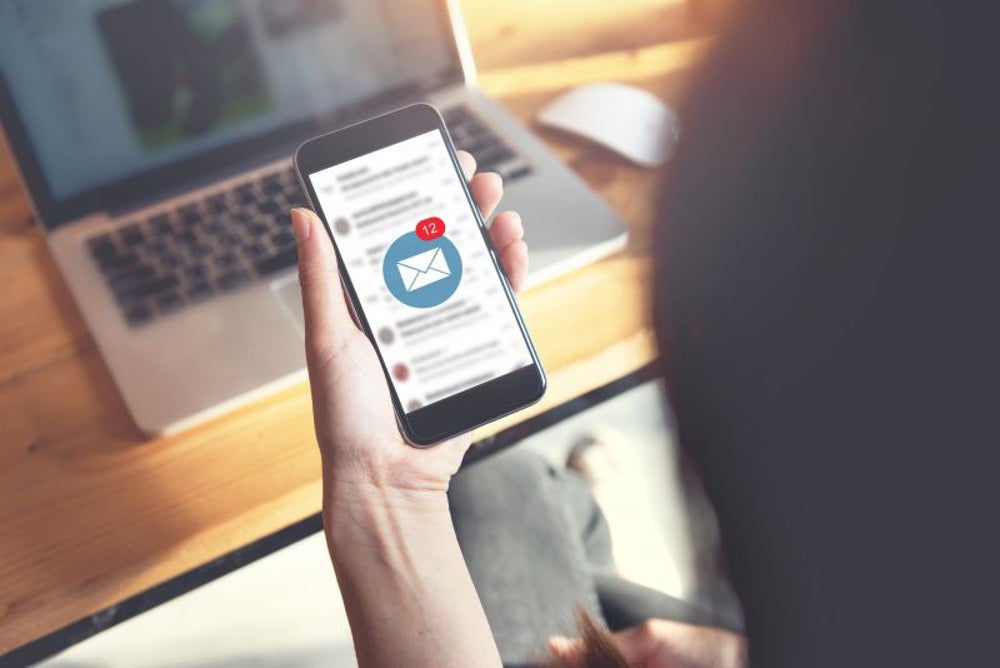 Image credit: oatawa | Getty Images
It can be easy to get sucked into checking your inbox every 30 minutes. Before you know it, an hour will pass by spent sending and responding to messages. Instead of becoming a slave to your inbox, learn how to better manage the time you spend checking it. According to a study, when people were limited to checking their inboxes to three times per day, they reported a greater sense of accomplishment at work, and said they were able to complete their most important tasks too. 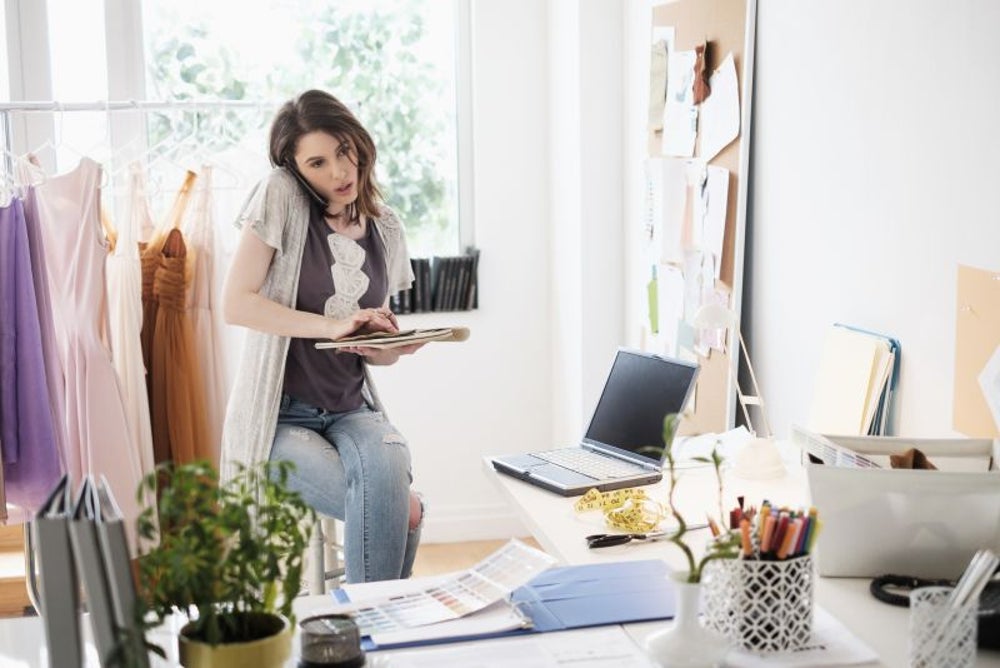 Multitasking might feel like you’re getting more done, but the truth is it’s actually hindering your productivity. According to research, multitasking reduces productivity by 40 percent. That’s because the time it takes you to shift and refocus from one task to another is biting into precious time that could be spent finishing a project.

Related: The 80/20 Rule of Time Management: Stop Wasting Your Time 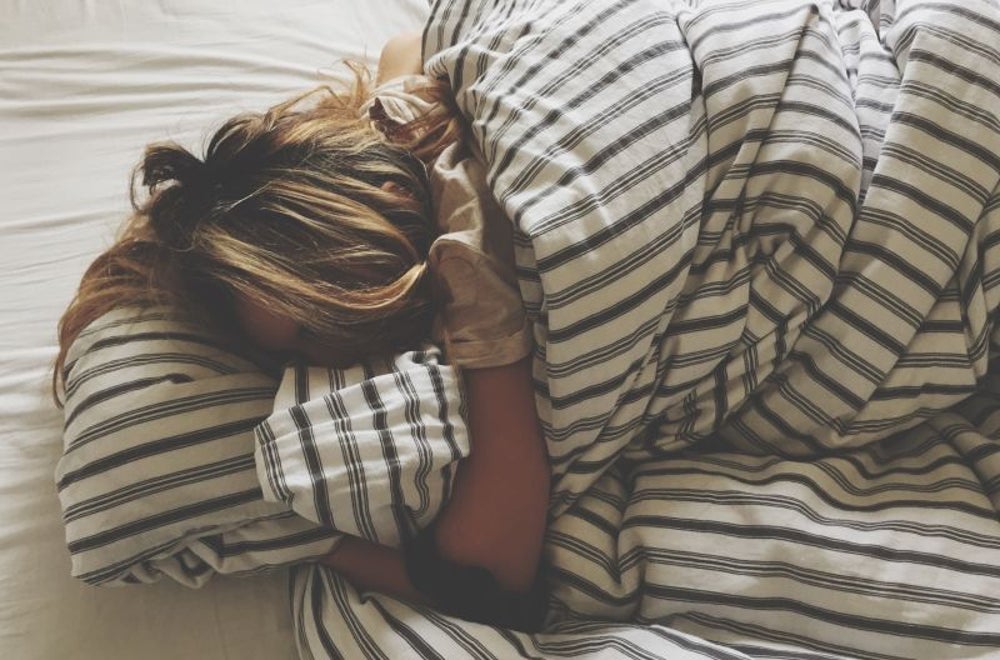 Image credit: Marco Poggioli | EyeEm | Getty Images
While staying up late and working through the night might feel like you’re squeezing some extra hours out of the day, the truth is it’s likely doing the opposite. You’re not at your peak performance late at night and you’re likely taking away from precious time that could be spent sleeping, restoring and rejuvenating your brain and body, as well as preparing for a productive tomorrow. According to research, a lack of sleep can lead to decreased productivity, alertness and memory retention. The Centers for Disease Control and Prevent (CDC) recommends seven or more hours of sleep per night. 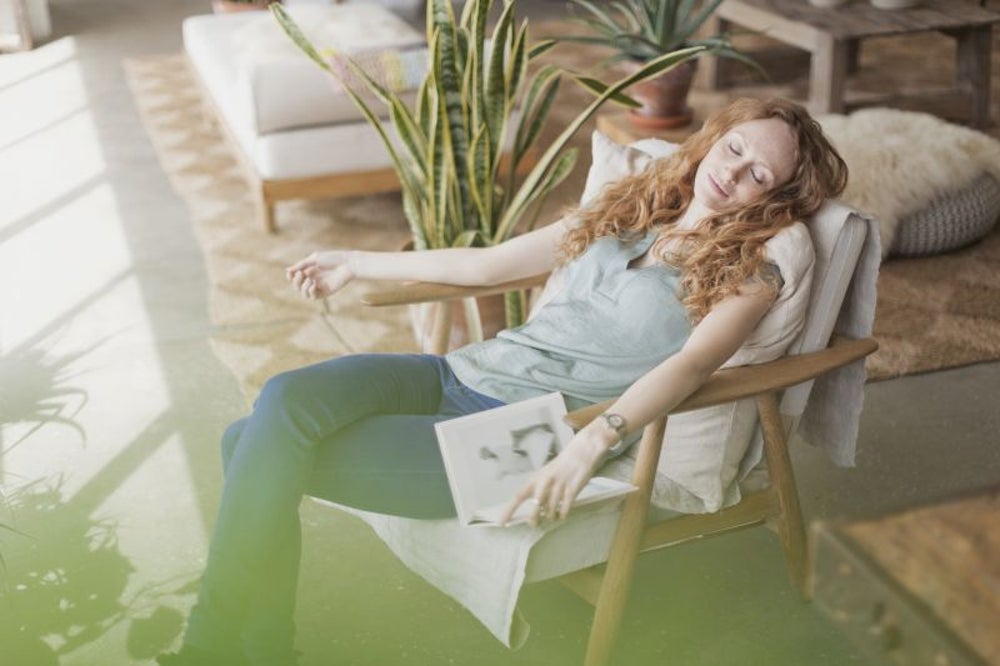 Image credit: Caiaimage | Tom Merton | Getty Images
While it might not feel like there’s enough time in the day for a nap, a quick 15-minute cat nap will actually help increase your productive hours throughout a day and help you stay up later. An earlier study found that short naps increase alertness and performance and decrease fatigue, making people’s energy levels increase as well as their ability to focus for longer amounts of time and later into the evening. 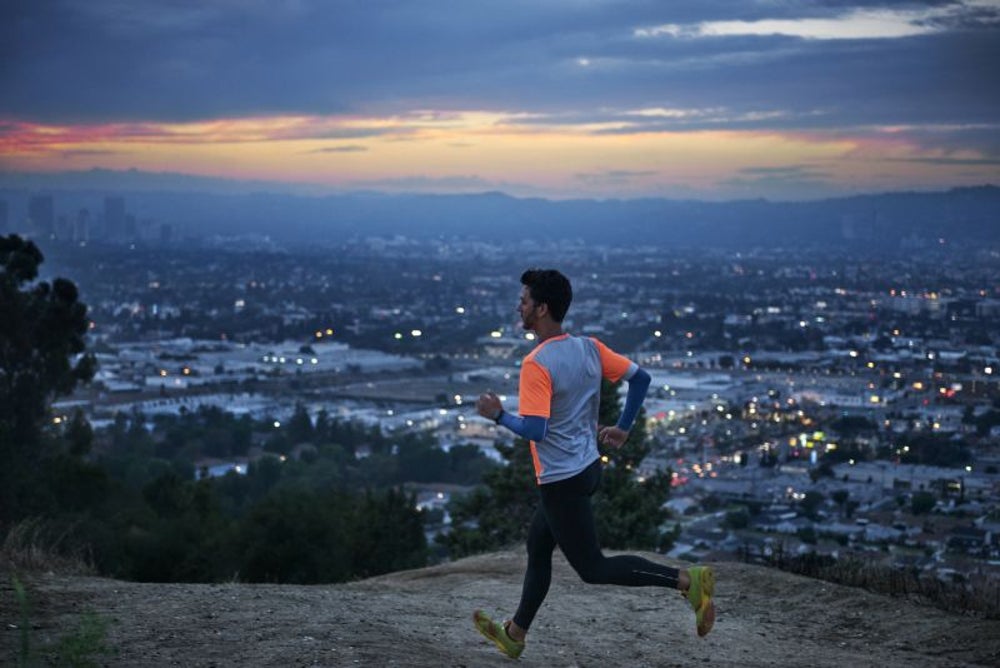 Image credit: Patrik Giardino | Getty Images
Exercise has a variety of health benefits, including boosting your productivity and mental agility. According to science, a consistent exercise routine helps boost your body’s “mitochondria” cells, which are responsible for boosting energy. Thus, daily exercise will help increase your energy levels and help you become more productive throughout the day. However, that doesn’t necessarily mean you’ve got to start running marathons. In a study by the University of Georgia, researchers compared three groups of people: people who did not exercise, people who exercised daily at low-intensity levels and people who exercised at moderate levels. The low- and moderate-intensity exercisers reported growing levels of energy compared to people who did not exercise at all. 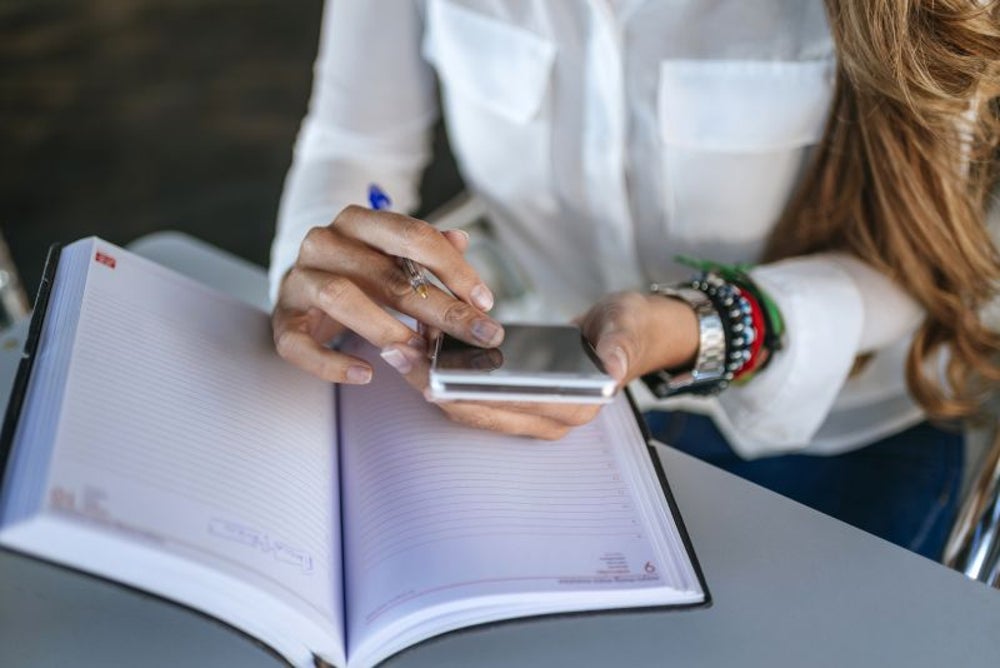 From waking up at the same time every day to getting in a daily workout, routines are important because they don’t let you waste your brainpower creating a new schedule. While it may be difficult at first, once you get past those tricky first few weeks of creating new habits, you’ll find higher productivity levels and extra hours tacked on to your weeks. According to a study, people who had routines had more control over their work and worked more efficiently than people who lacked daily routines.

Related: Simple Tools You Can Use to Manage Your Time and Increase Productivity

Concentrate on your most challenging tasks first. 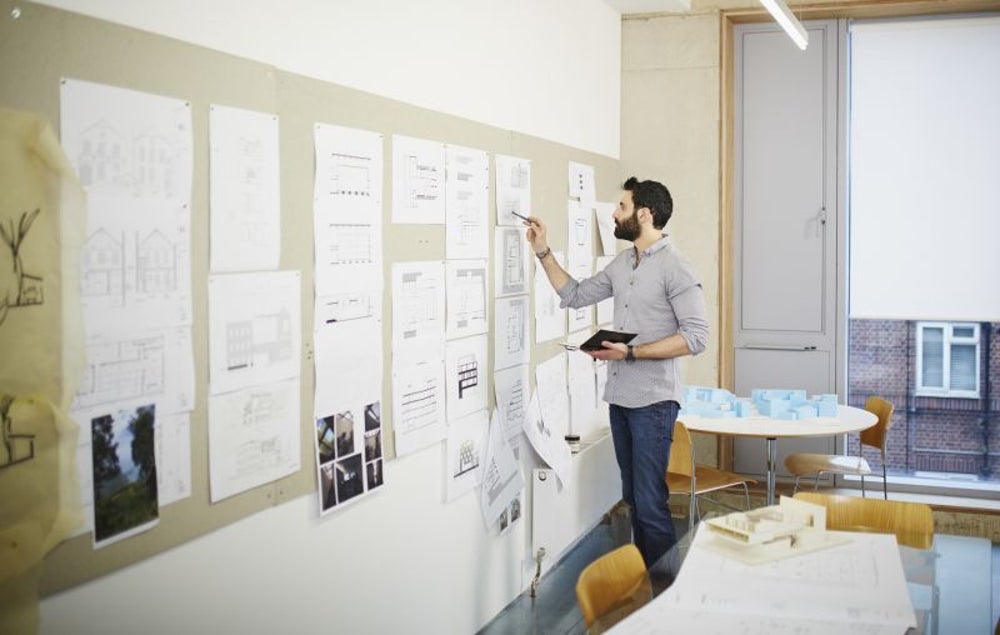 Image credit: Kelvin Murray | Getty Images
Don’t overwhelm yourself by putting too many items on your to-do list. Instead, focus on the most important and challenging tasks first and take it from there. Not only will this help you focus on tasks until their completion, but also boost your efficiency at work and likely leave you with some extra hours in the week. The Ivy Lee method, named after the productivity consultant who created it in 1918, is a highly regarded strategy for motoring through your to-do list. The method is simple: Before going to bed, write down the six most important things you need to accomplish the following day, list them in order of importance, and then when you start work the next day, start with the first task and do not move on until it’s finished. Whatever tasks you don’t finish by the end of the day, add them to the next day’s to-do list. 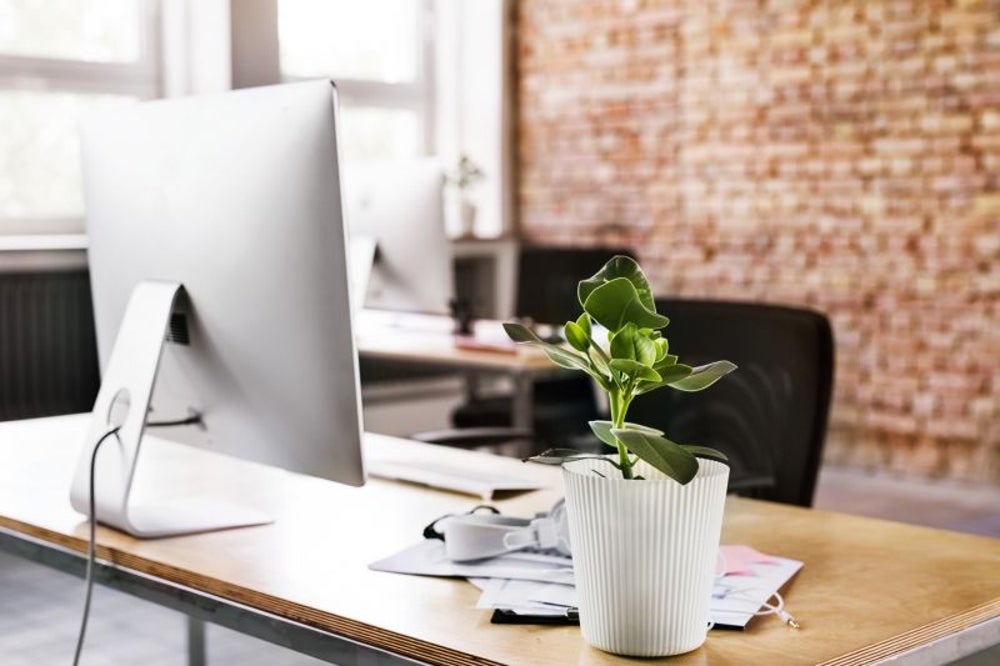 Image credit: Westend61 | Getty Images
Something as simple as adding a mini cactus or a vase of flowers to your desk will not only make your workplace look more attractive, but will also improve your productivity and efficiency. One study found that workers who added plants to their desks had an average 15 percent increase in productivity compared to people who worked at empty desks. Not only that, but science shows that plants also help promote healthier indoor air, which improves cognitive functioning too. 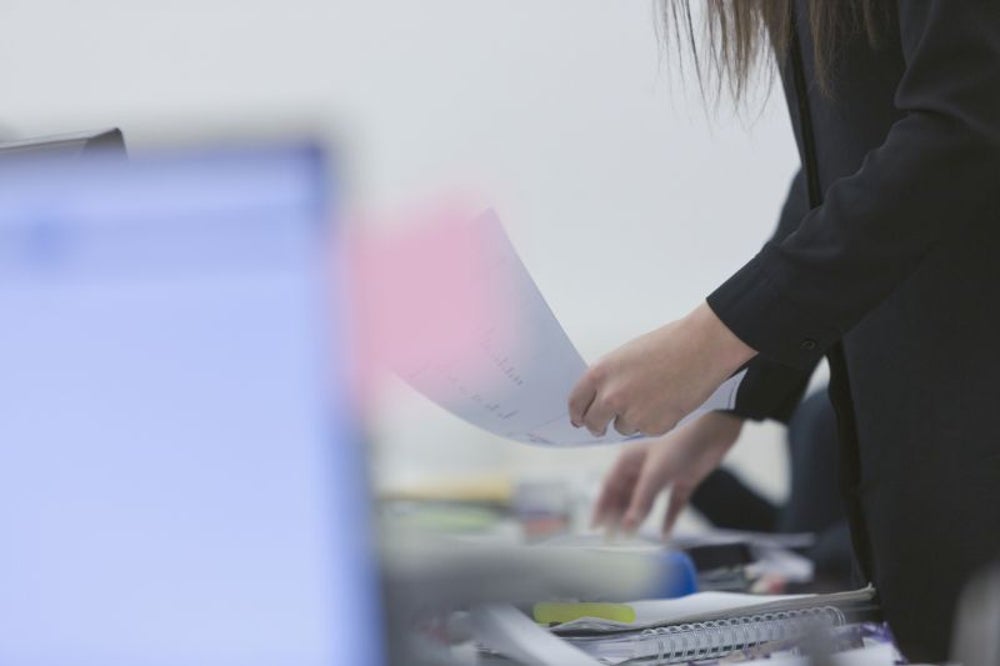 Image credit: Hoxton | Tom Merton | Getty Images
Another quick trick for boosting productivity and adding extra hours to your week? Simple: clean up. Believe it or not, decluttering your space will also help declutter your mind. One study found that when multiple “stimuli” are present, they compete for your attention and ultimately make it difficult for you to focus on a single thing. Thus, cluttered environments lead to lower productivity levels and the inability to focus. 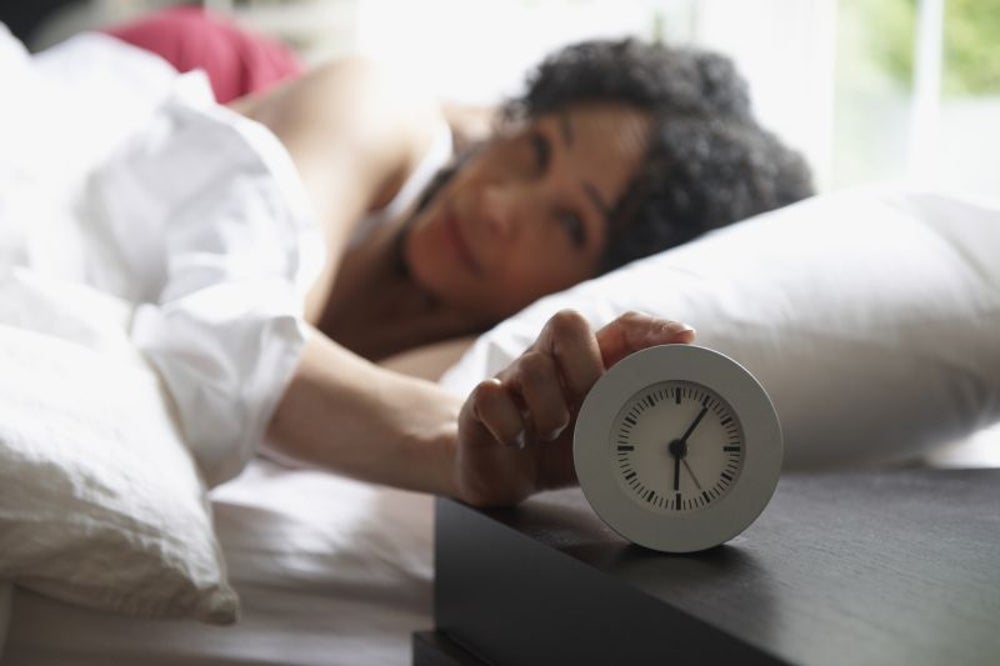 Image credit: LWA | Dann Tardif | Getty Images
Even if you’ve never identified yourself as a “morning person,” you might want to start turning yourself into one. Research has discovered that morning people tend to be more proactive than night owls, so shift your sleep schedule -- you still have to get at least seven hours -- and give yourself more time in the morning.

This Word Prediction Software Can Streamline Your Workflow and Boost Productivity

5 Ways to Make This Your Best Year Ever

Power Through Your Workday with This Automated Productivity Tool

How to Get Things Done and Start 2021 Productively