In its 9th Annual edition, Entrepreneur 2019 aims to bring together inspiring entrepreneurs and investors for creating new opportunities for investment, build new partnerships and collaboration avenues and highlight entrepreneurship as a means to address some of the most intractable social challenges.

Business leaders who previously embellished the Entrepreneur 2019 Congress as speakers include a variety of well-known names. 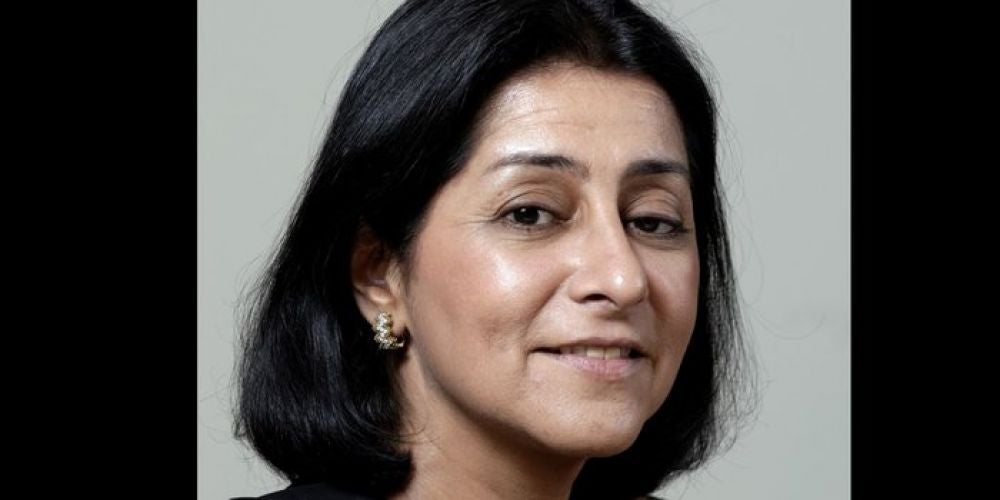 Retired as the Executive Director on the board of HSBC Asia Pacific and Chairman HSBC India, Kidwai is currently a non-Executive Director on the global board of Nestle, CIPLA Ltd. and Larsen and Toubro. She has been Past President of FICCI (Federation of Indian Chambers of Commerce & Industry). An MBA from Harvard Business School, she has received many awards and honours in India and was awarded the Padma Shri for her contribution to Trade and Industry. She has edited three books - Contemporary Banking in India, 30 Women in Power: Their Voices, Their Stories, and Survive or Sink.

Her interests are water, environment, and empowerment of women which are also reflected in her board positions in not-for-profit institutions like Shakti Sustainable Energy Foundation, International Advisory Council of the Inquiry of United Nations Environment Program. 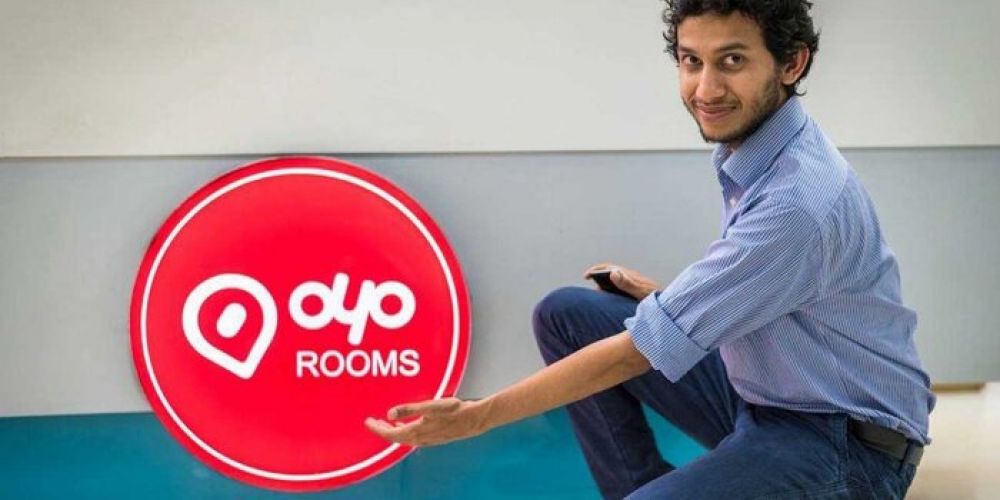 He is the face of Indian start-ups. His company, OYO is one of the fastest businesses to become a unicorn.

Travelling across India at the age of 17, Agarwal stayed in more than 100 beds, guest houses and hotels only to realize there was a huge dearth of affordable and good-quality hotels in the unbranded budget hotel category. He started his entrepreneurial journey with Oravel Stays, which was a platform for listing budget accommodations. In 2013, Oravel transformed from a discovery marketplace to a managed marketplace for standardized hotels listed under the OYO brand. Starting with a single hotel in Gurgaon in 2013, OYO is currently present in over 160 cities in India.

He was the first Asian to be selected for the Thiel Fellowship (started by PayPal founder, Peter Thiel) in 2013. 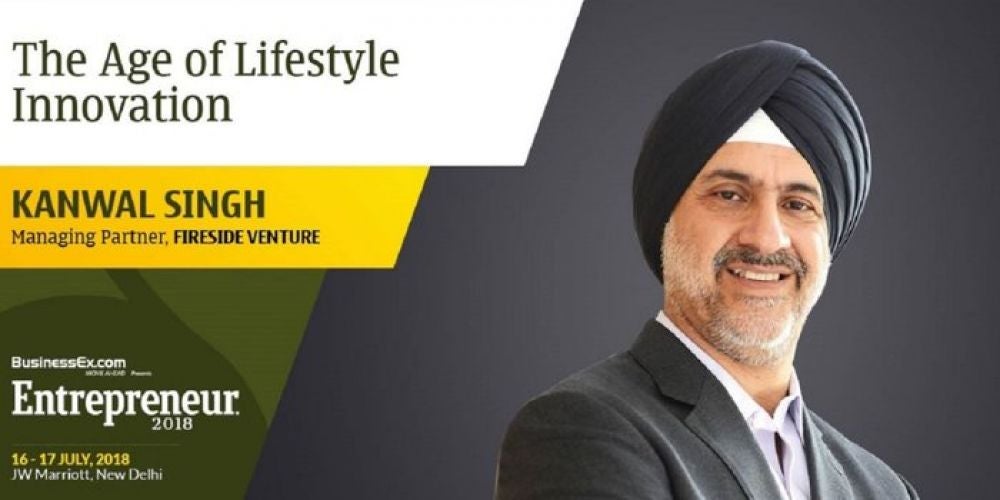 Singh has been passionate about mentoring and helping build consumer brands in India and has been involved as an investor with brands like Paper Boat, ID Fresh, Epigamia, Yogabar, Licious, Mama Earth, Vahdam Teas, Boat lifestyle, Bombay Shaving Co, Design Cafe etc. He has been investing in the early stage ecosystem in India for the past 18 years, first as a Director of Carlyle Group, India, and later as a Co-founder and a Senior Managing Director of Helion Venture Partners.

Prior to his investing career, he spent over 13 years in consumer marketing with Hindustan Unilever and Intel India. He has over 31 years of experience in venture investing, marketing, sales and business development across diverse sectors.

Singh holds an MBA in Marketing and Finance from the Faculty of Management Studies, New Delhi; and an Electrical Engineering degree from Punjab University. 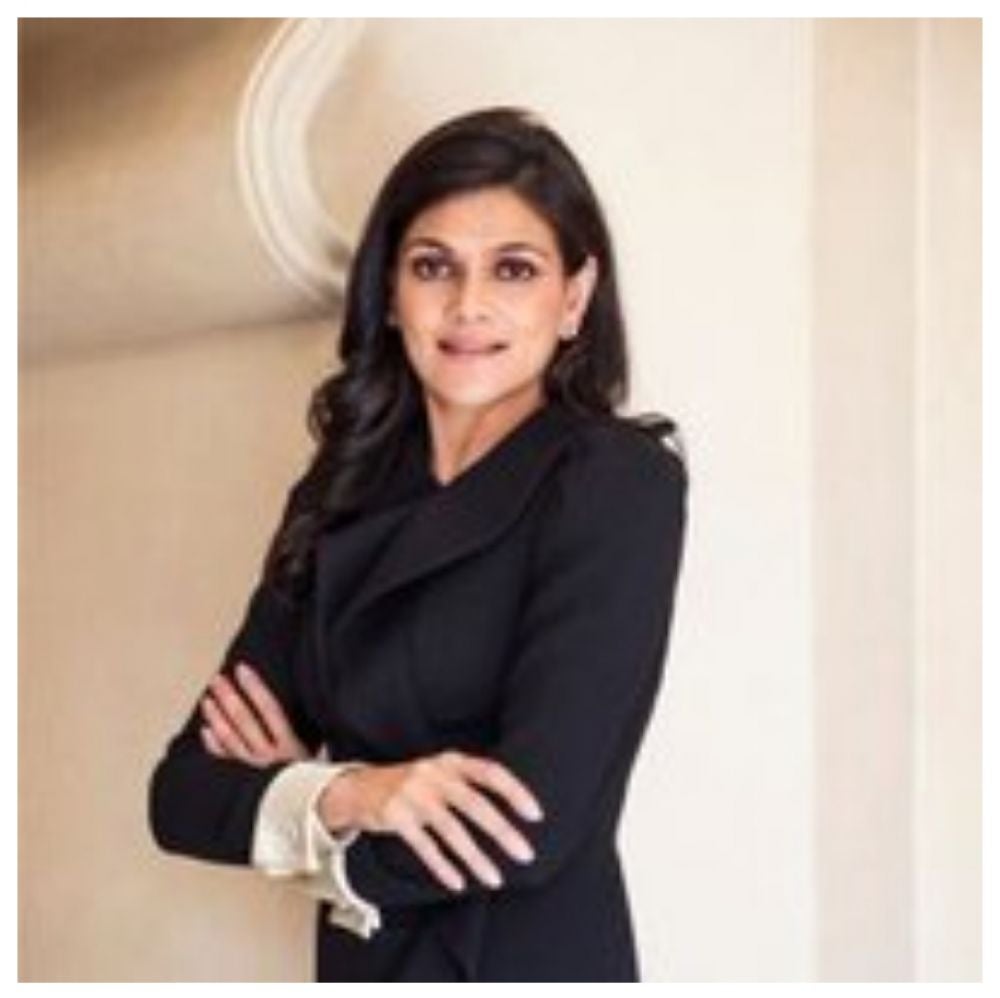 Through numerous initiatives and collaborations with various organizations, Birla endeavours to reach out to various factions of society in order to empower them to lead fulfilling and enriched lives.

Through Mpower, Birla hopes to spread awareness about mental health, alleviate the stigma, and provide quality care to individuals from all walks of life and from all sections of the community. She is a strong advocate in the field of education. Her endless love for children is reflected in her dedication to her role as the Chairperson of The Aditya Birla World Academy, which is a pioneering educational institute. It has been ranked the third best international school in Mumbai and the sixth best international school in the country. 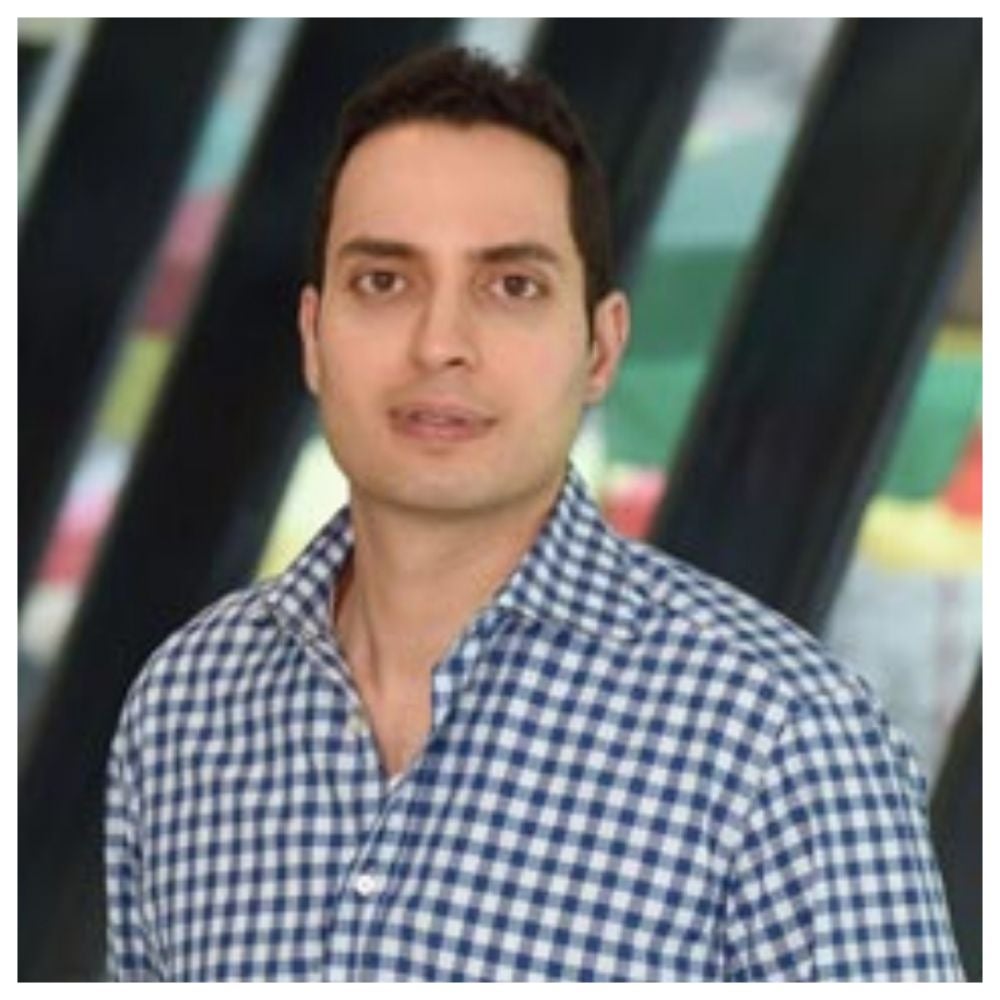 Kothari is an entrepreneur and business leader who is now known as a specialist capable of turning around companies and strategic deals. Starting his journey while a college student at Wharton, he became the Co-founder and CEO of superhero character company Valiant Entertainment, where he led the acquisition out of bankruptcy and turnaround of the company resulting in a record return in the industry and a sale for $100 million to Hollywood and China-based DMG Entertainment.

Following this, he took over as CEO of Softbank-backed troubled online real estate company Housing.com. Subsequently, he was the Chief Strategy and Investment Officer of Snapdeal. In addition, he was the CEO of digital payments company FreeCharge. 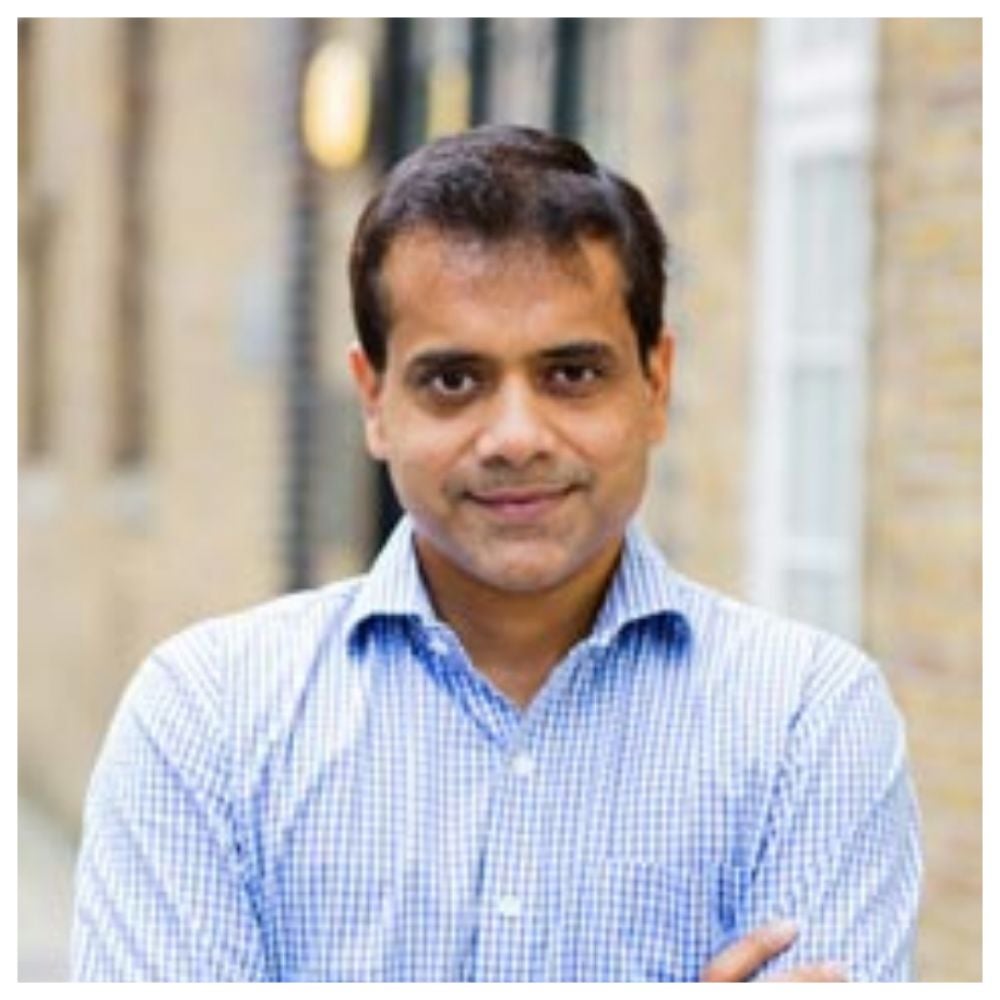 Ashutosh leads the investments and M&A at Naspers India. Prior to joining Naspers, he was a venture investor with Norwest Venture Partners (NVP), focused on Indian companies across a wide range of sectors.

Before NVP, he was an investment manager with Qualcomm Ventures looking at Seed and Series A/B internet and mobile start-ups. Ashutosh earned his MBA from the Booth School of Business at the University of Chicago. Founded in 1915, Naspers is a global internet and entertainment group and one of the largest technology investors in the world. Operating in more than 120 countries and markets with long-term growth potential, Naspers builds leading companies that empower people and enrich communities.

The group has sizeable investments in Tencent, Mail.ru, MakeMyTrip, Delivery Hero and Flipkart. Naspers is listed on the Johannesburg Stock Exchange and has an ADR listing on the London Stock Exchange. In 2018, however, it sold its stake in Flipkart. 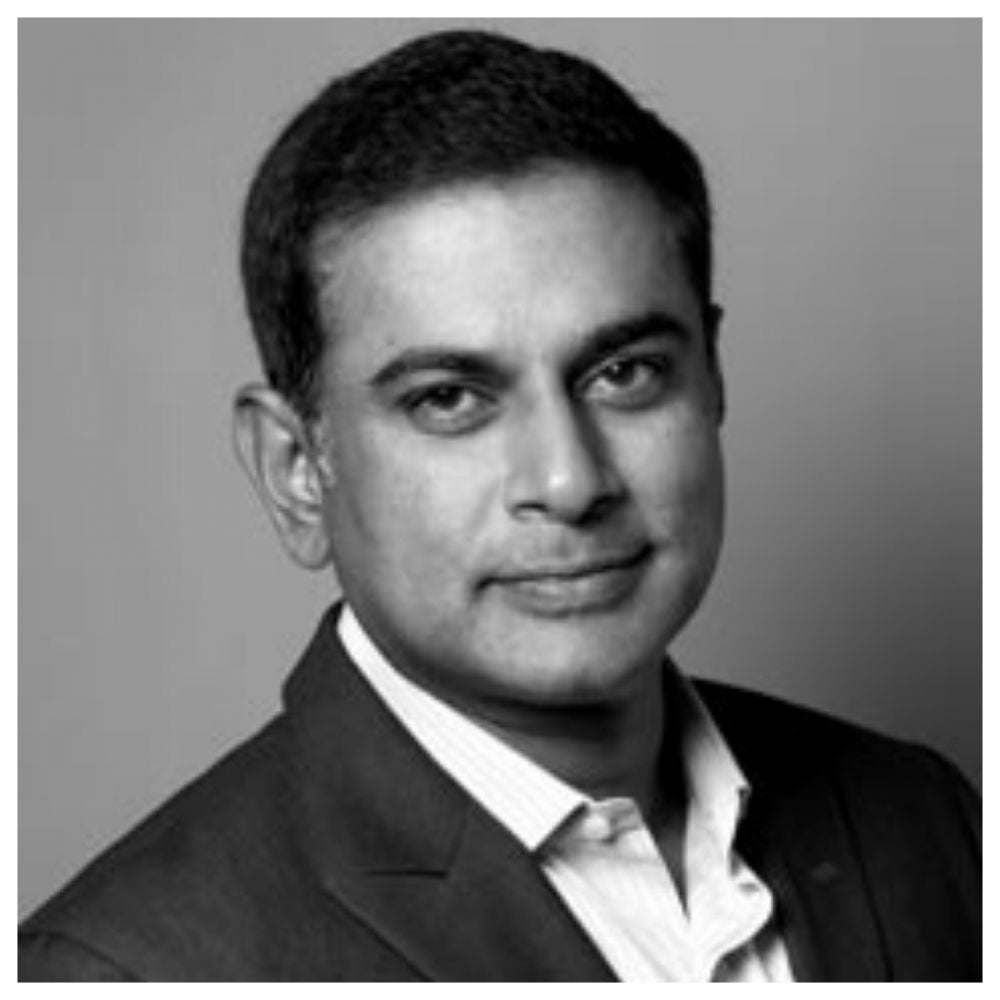 Raju is a pioneer in investing in direct-to-consumer companies in India, and his expertise in investing in retail, fintech and edtech makes him a sought-after speaker and advisor. He currently serves on more than 15 company boards and has founded or steered a number of organizations including the India Alumni Club of the University Of Chicago Booth School Of Business, Ernst & Young's Hyderabad CFO Forum, TiE Hyderabad, TiE-ISB Connect, and the Hyderabad Angels.

Rajesh earned a Mechanical Engineering degree from BITS-Pilani, and then went to the United States for a master’s degree in Industrial Systems Engineering from Marquette University. He worked at Sybase, earning the internal President’s Award multiple times and eventually becoming Director of Strategic Alliances.

After earning an MBA with Honors from the University of Chicago’s Booth School of Business, he entered the financial services sector. He worked in investment banking at Merrill Lynch, equity research at Robert W. Baird & Co., and private equity at Peepul Capital.

This year, too, has some prestigious names including Vir Das, Rajkumar Rao, Amit Mishra, Ashish Kumar Chauhan and many more people to watch out for.

Entrepreneur 2019 is just the opportunity start-up entrepreneurs are looking for! The start-up kick-off can be the pond of solutions and answers that startupreneurs need.

Entrepreneur 2019 is the flagship annual event of Entrepreneur Media. It is the final destination for entrepreneurs, investors, disruptors and innovators where they discuss, debate and dissect what the future holds in a vibrant atmosphere. In its Ninth Edition, Entrepreneur Media brings together the Movers and Shakers of India and Asia Pacific. Click here to know more.