What it took to get them to a unicorn valuation.
Next Article

Venture capitalist Aileen Lee coined the term “unicorn” to describe startups worth more than $1 billion in 2013, and in the following years it’s become a part of the business world vernacular. And as VC firms pour money into promising startups, achieving a unicorn valuation has become increasingly less rare.

Tech data research company CB Insights puts the total number of unicorns in the world at 445, and the number of female-founded companies among them is growing: In 2019, 21 female founders’ companies achieved unicorn status. That statistic sounds promising considering women only receive about 2 percent of VC funding, but don’t be fooled: Just 4 percent of companies that achieved unicorn valuations in 2019 were founded by women, according to Crunchbase.

Despite the issues at play here, there’s no denying that achieving this valuation brings a new level of attention and prestige to the company’s founders. Here are 15 of the women and some of their best tips for success. 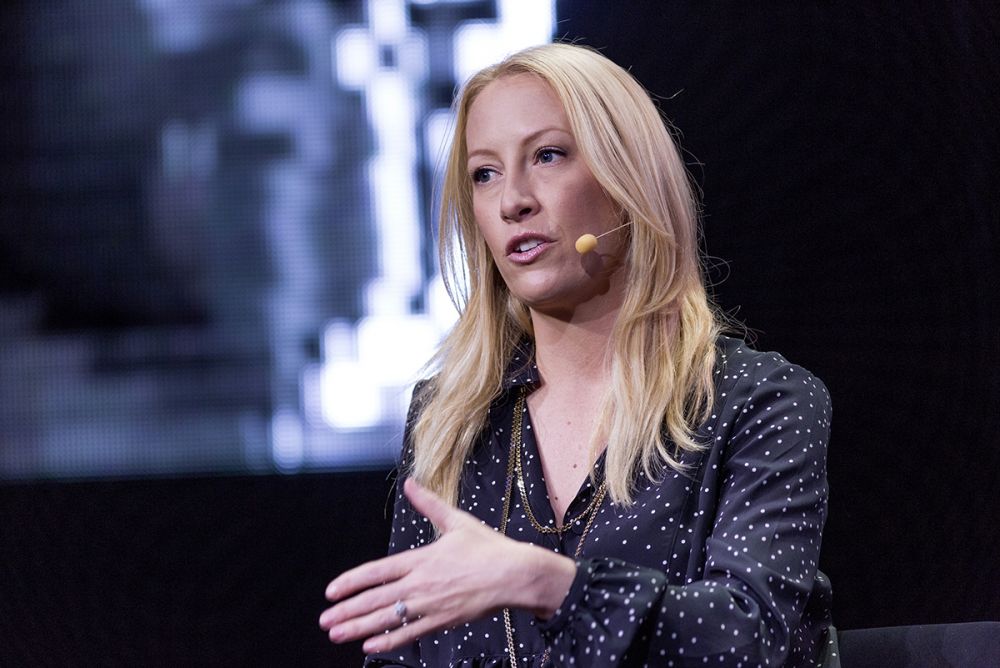 “I think entrepreneurship is combining a passion with the tenacity to problem-solve and the fearlessness to fail. The thing that I [would want to tell] people who are say, in a graduate business school class about entrepreneurship and expect that they'll just go out and start a successful company is that being a successful entrepreneur is basically being the person who fails the least. It is just an exercise in a lot of different trial-and-error moments and failures. You have to assume that things are not always going to go the way you intended. But somehow, you have to adopt an unyielding sense of optimism.”

—Julia Hartz, co-founder and CEO of Eventbrite, told Entrepreneur in 2017

Related: After a Decade in Business, This Founder Became CEO. Here is How She Tackles New Challenges With Conviction.

2. Encourage your team to dream as big as you do 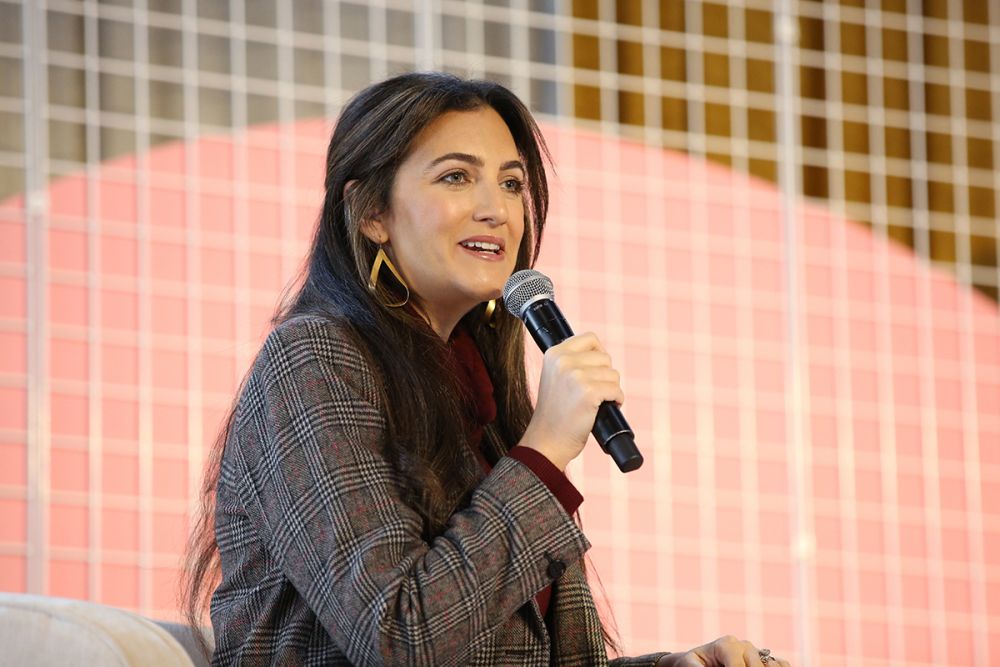 “The worst boss I ever had told me that I intimidated him and he would appreciate it if I stayed silent in meetings. I realized implicitly that the worst bosses are people who try to make the people around them smaller and believe that business and life are a zero-sum game. A great boss does the opposite. She makes her team think big and amplifies their ideas. She gives people on her team outsized opportunities to excel and convinces them that they can reach higher and dream bigger for their career.”

—Jennifer Hyman, co-founder and CEO of Rent the Runway, told Entrepreneur in 2017

Related: Rent the Runway's Jennifer Hyman Shares Her Worst Advice Ever: 'Shut Up and Act Sweet' 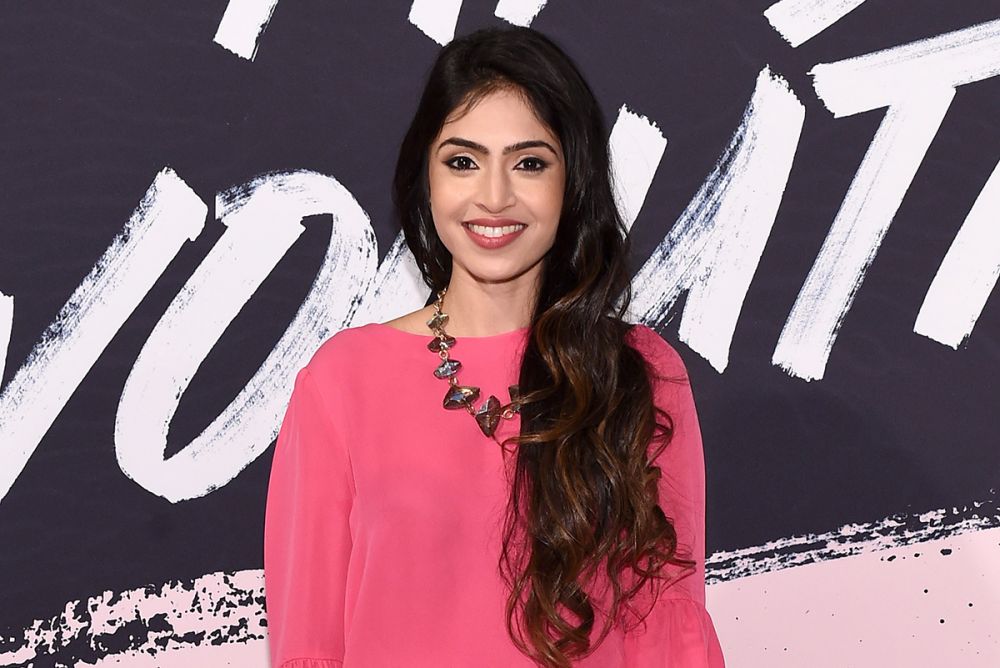 “If you believe so wholeheartedly in your mission, you will be able to overcome anything. If you're hitting one of those doubt points, talk to someone like an adviser or a mentor [who can help you] reconnect with your mission, because sometimes we start doing all these other things and forget why we started the company in the first place. That's really important to reconnect to, and just keep going.The worst thing to do is get to a point where things aren't happening and moving forward. To me, that's the death of any company. You just have got to do whatever you need to do in order to keep the engine going or mentally reset. Keep moving forward.”

4. Pick the right investors and partners 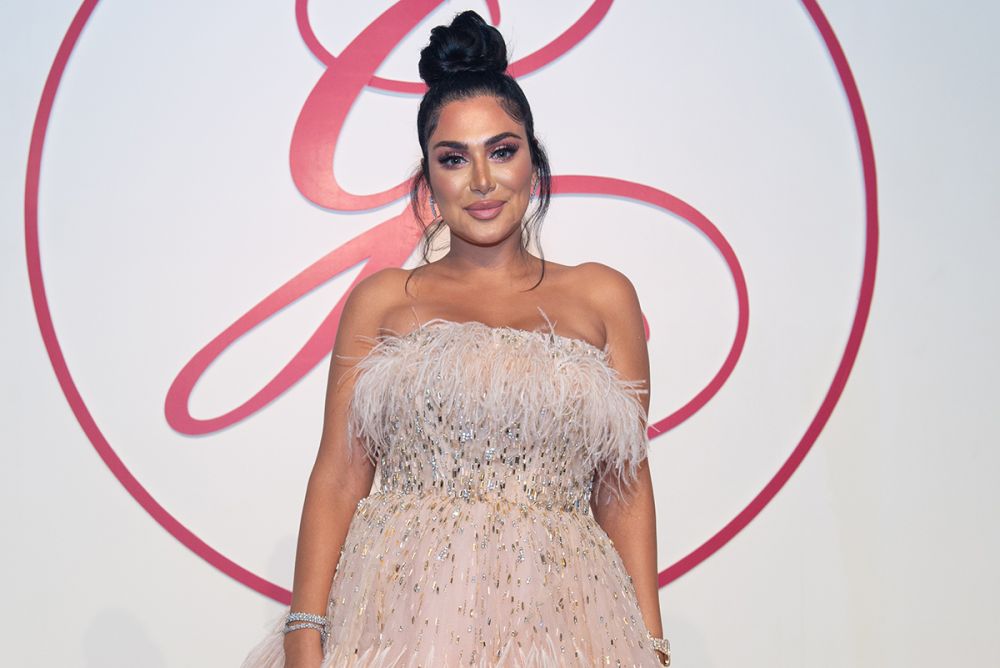 “There were so many times where we would have meetings with people who would try to sweet-talk us into a deal, because they thought we were naïve women who would take anything in order to get started. That was honestly one of the biggest learnings for us: to stay true to the value we believe our company offers, and to not allow people to undercut us just because we’re women. Being women behind a massively growing business is not an easy task, and the journey to find the right investors and to secure true partners has proven that.

And while we’re talking about investment partners specifically, I do want to note that this learning came from many different experiences throughout the process of building the business – not just locking in private funding. We experienced this same way of doing business from certain manufacturers to retailers to various stakeholders when Huda Beauty was just getting started. Just because we wear a full face of makeup doesn’t mean we don’t understand finance and business.”

5. Think (way) outside the box 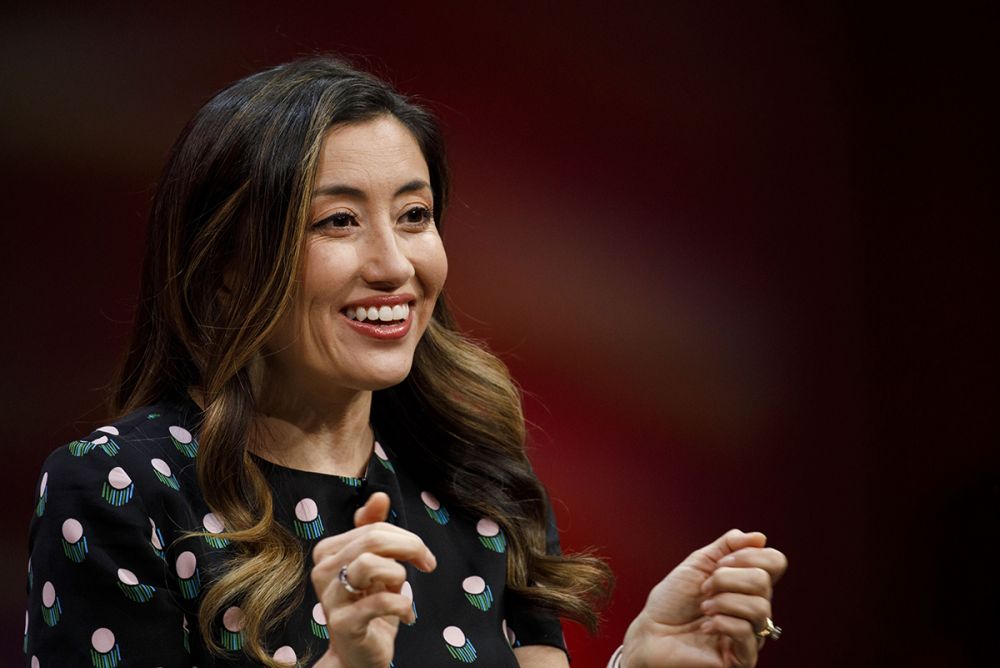 “Any time I'm in a rut or needing new perspectives or something like that, styling is definitely one of my go-to's. I also ask myself, what is the problem that you're trying to solve? A lot of times as we think about creating solutions, we think about what do we have right now and how can we make it better? I think a better question is just wiping the slate clean and saying, how in an ideal world, if we could rewrite everything, what would we do?

We do an exercise here and we ask, how would Southwest Airlines do this or how would Starbucks do this? Thinking about other companies with totally different business models and how they might approach challenges.”

—Katrina Lake, founder and CEO of Stitchfix, told Entrepreneur in 2017 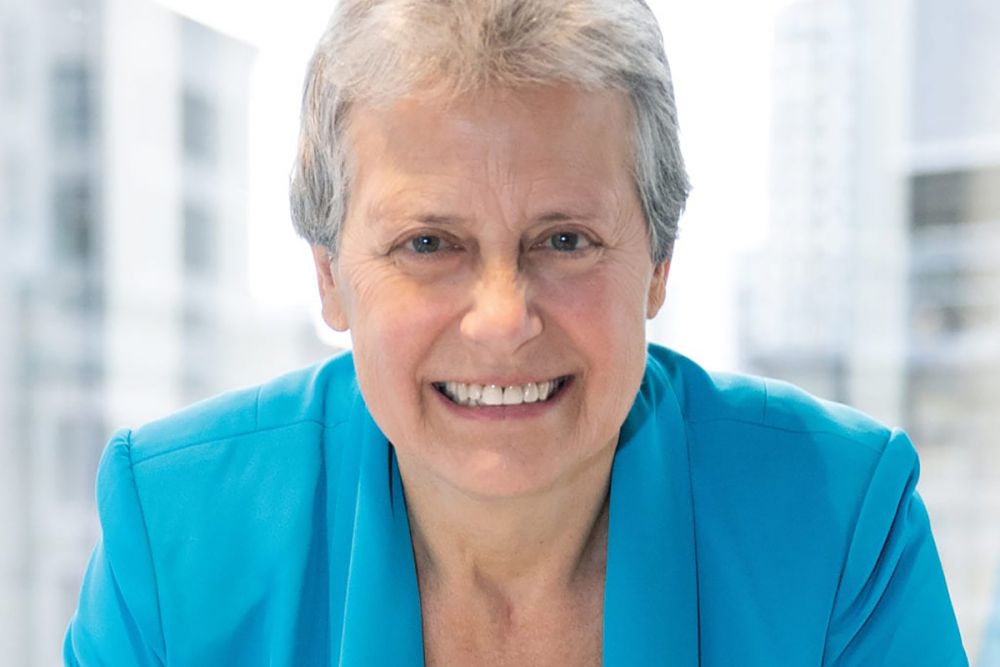 “Raising money or getting to unicorn status, it’s all nice validation but that’s not the purpose, the purpose of being in business is to grow a very successful company with happy customers and happy employees.

We are going to have cupcakes with unicorns on them. That will take us about a half hour, then we will get back to work.”

—Stefania Mallett, co-founder and CEO of ezCater, told TechCrunch when her company achieved a $1 billion valuation

7. Create a product that you need 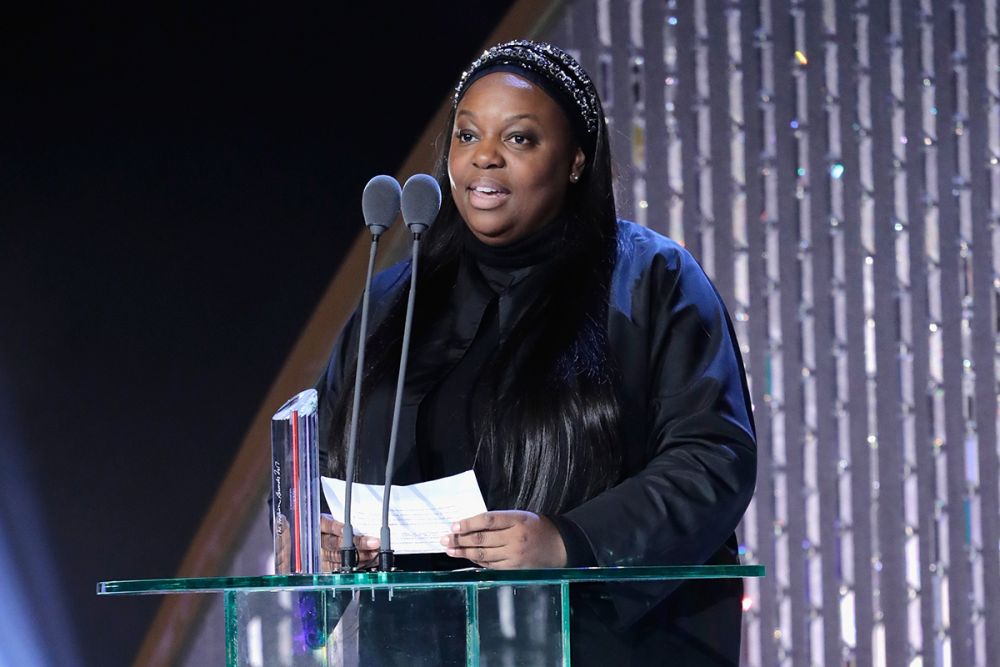 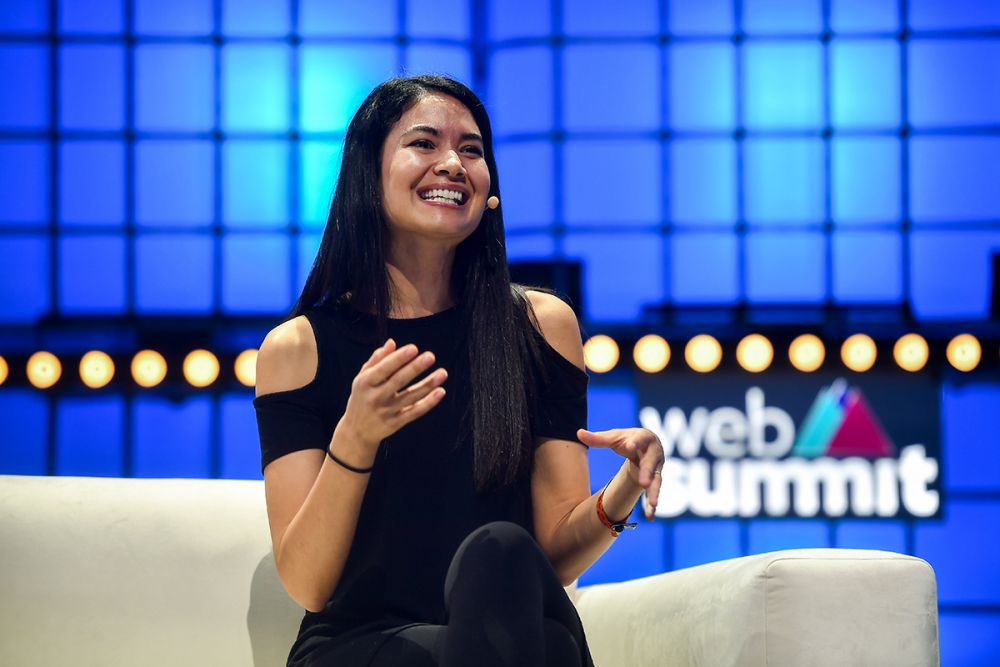 “Every time we got a hard question from an investor or a reason why they wouldn’t invest, we stayed focused on what we could change. I revised our pitch deck after every meeting, more than a hundred times in a year,  to answer the questions or fix the reason for rejection from the last time. The normal thing to do after your 100th ‘no’ would be to stop, but you just have to persevere. I’d continuously pour my energy into things that I could refine and fix, trying to find people who believed in my vision and would come along for the ride.”

—Melanie Perkins, co-founder and CEO of Canva, told Entrepreneur in 2019

Related: She Was Told 'No' 100 Times. Now This 31-Year-Old Female Founder Runs a $1 Billion Business 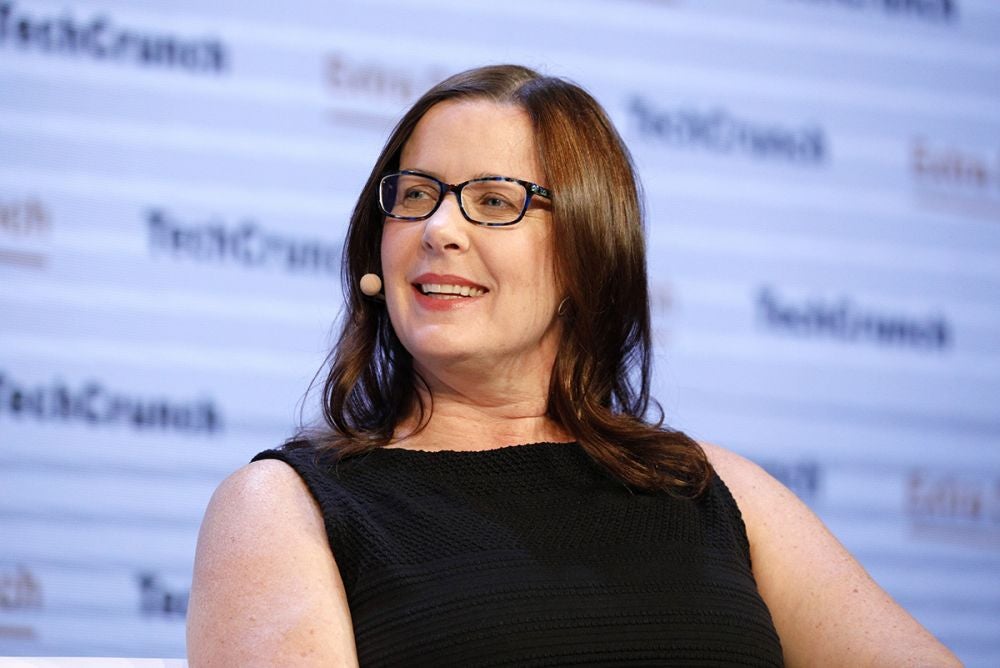 “A lot of confidence comes from knowledge. It's important for people who are starting businesses to be experts in their field, and that everybody needs to look to you as the person who knows it all — and not in a negative way.”

Related: This Serial Entrepreneur Shares the Surprising Confidence Strategy That Helped Her Build a Billion-Dollar Business 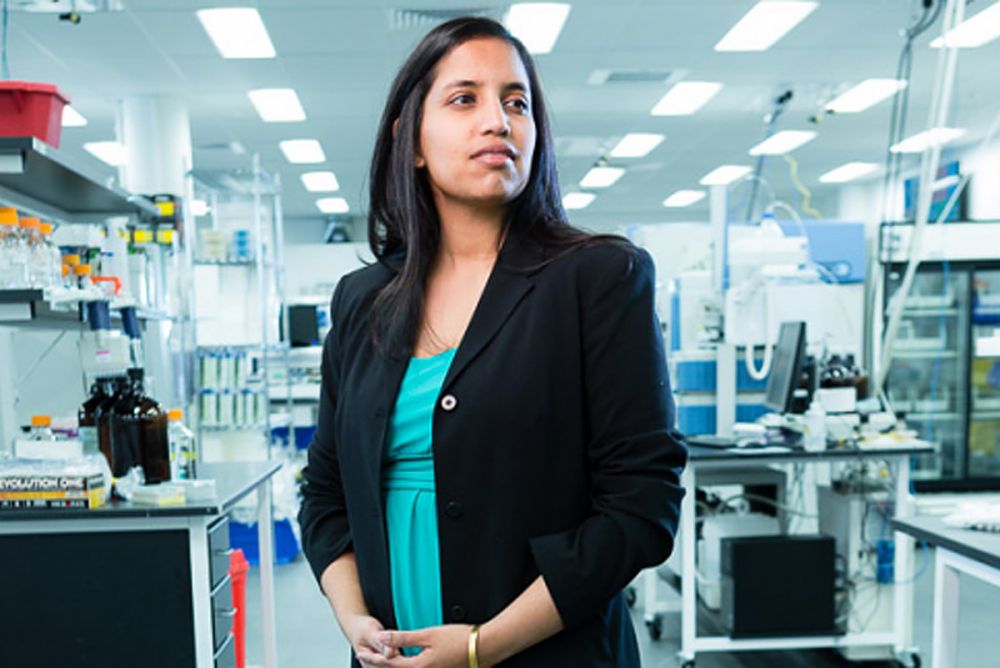 “Most investors wanted experienced executives, and because of the fiscal crisis [of 2008], there wasn’t much money around anyway. We would apply for various grants or government contracts to bring in money. Investors have a clock on their investment because they need to return money to their LPs. By focusing on other ways of funding, our formative years were spent really investing in and perfecting the technology platform and our business model. It forged a culture of resourcefulness and creativity.” 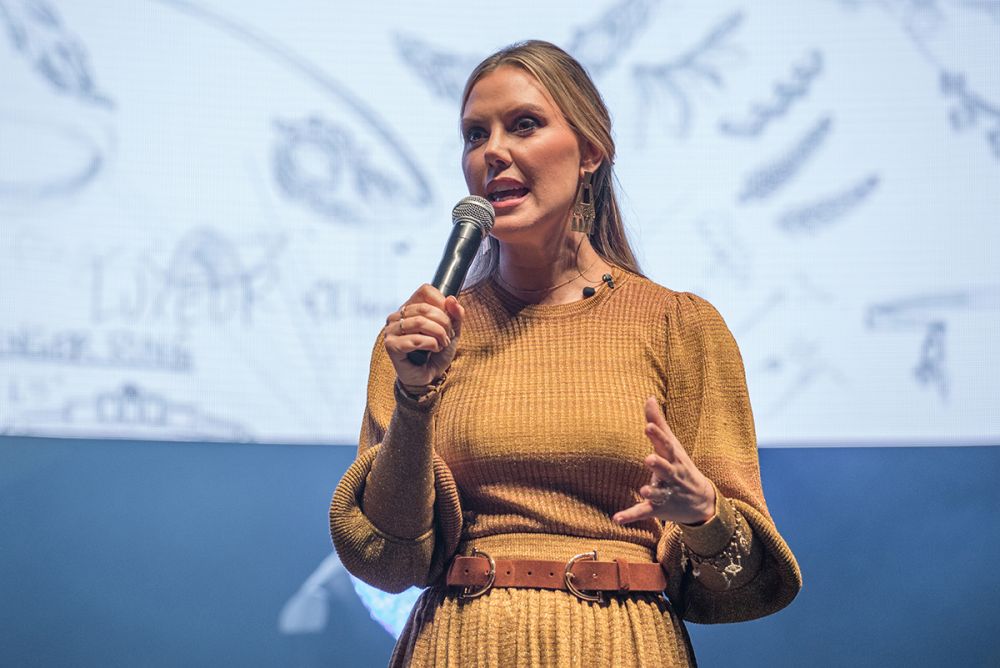 "A lot of people think it's a sign of weakness, but the greatest sign of strength is asking for help. And it’s a natural instinct for people to want to help other people.”

Related: From an Extra Bedroom to 20 Stores and Counting: How Kendra Scott Created a Multimillion-Dollar Jewelry Empire

12. Don’t be afraid to let the wrong people go 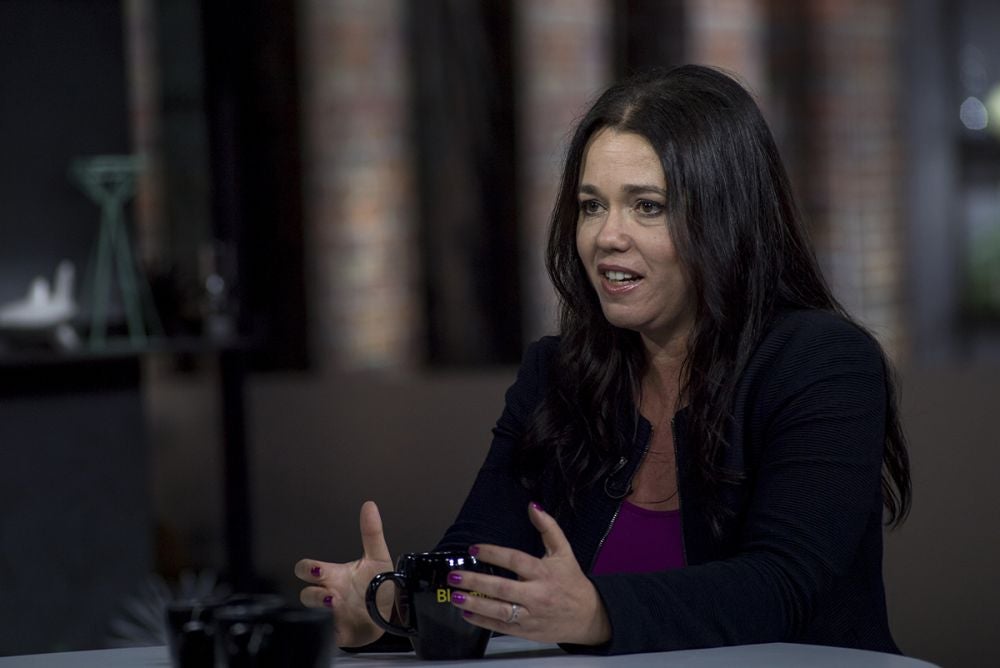 “My husband and co-founder Alon Cohen and I identified hiring as very important to the company we wanted to build and invested a lot of time and energy recruiting the best people early on.

When someone is not a good fit, it’s better to let go sooner rather than later. In earlier stages, I really struggled to let go and move on, but ultimately I learned that hanging on was more detrimental to everyone involved.”

—Adi Tatarko, CEO and co-founder of Houzz, told Entrepreneur in 2016

Related: Houzz Co-Founder Adi Tatarko Tells Us Why Bootstrapping Was the Best Thing for the Company

13. Be realistic—but don’t let it stop you 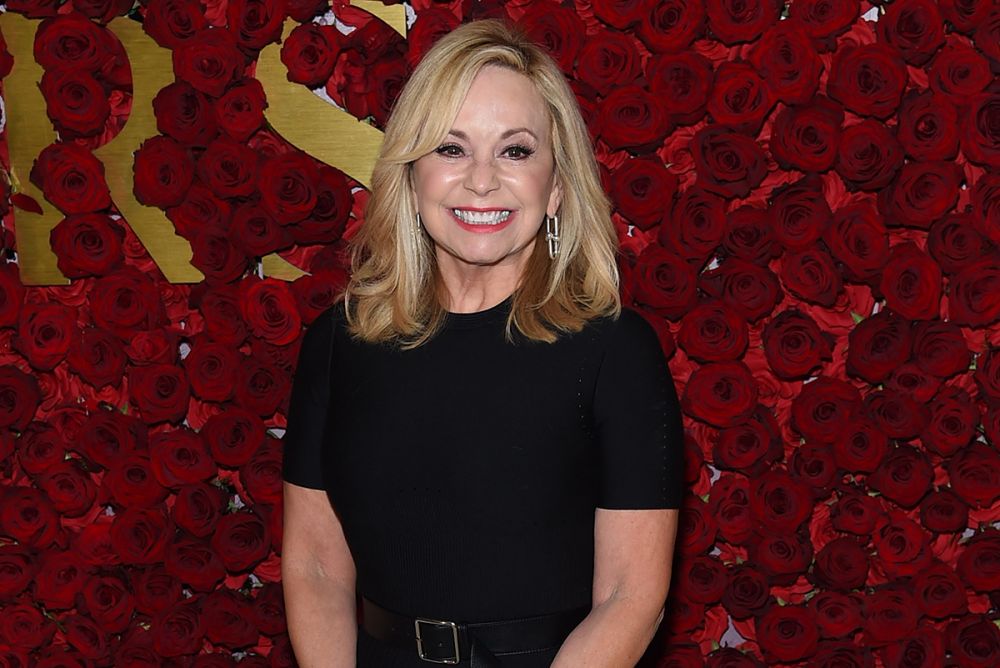 “When meeting with investors, I was a woman, old enough to be most of their mothers, I wanted to launch a fashion business and I wanted to use an unproven concept. I knew I'd hear a lot of no’s."

—Julie Wainwright, founder and CEO of TheRealReal, told Entrepreneur in 2018

Related: The 50 Most Daring Entrepreneurs in 2018

14. Don’t be afraid to venture into uncharted territory 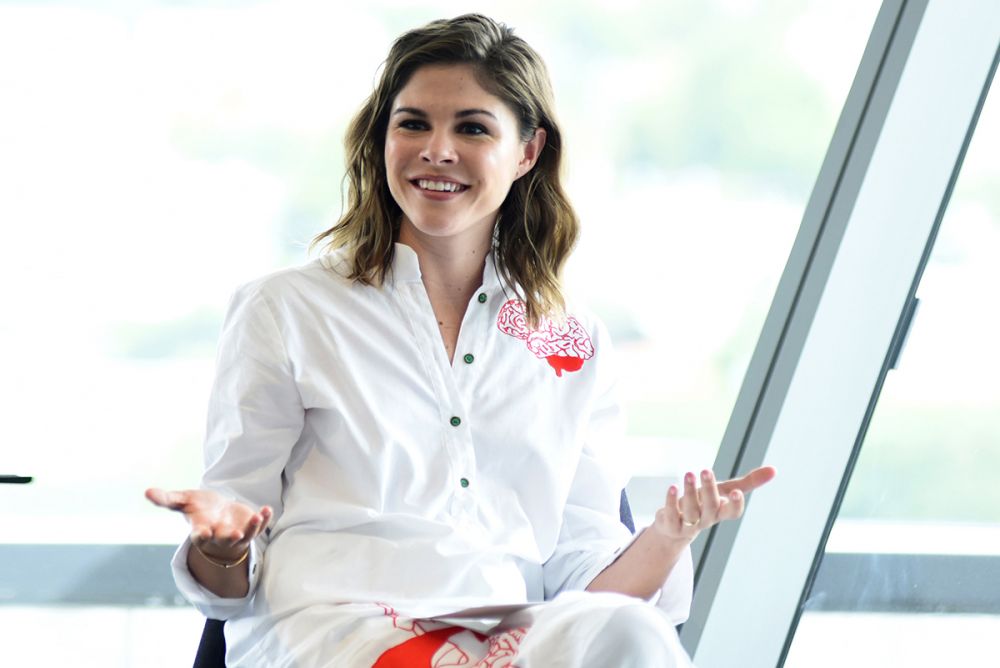 “I knew what kind of beauty company I wanted to build, but I knew nothing about operating one. On launch day, our team of 15 huddled around a laptop to watch the orders come in and then hopped in Ubers to deliver them in New York. I’ve had to learn — and relearn — what operations means at every stage of growth by talking to experts and listening to customers, and we’ve built robust teams to manage our supply chain and warehouse operations. It’s still a challenge.”

—Emily Weiss, CEO and founder of Glossier, told Entrepreneur in 2019

Related: The Most Valuable Lesson Learned in Business, According to 8 Female Founders 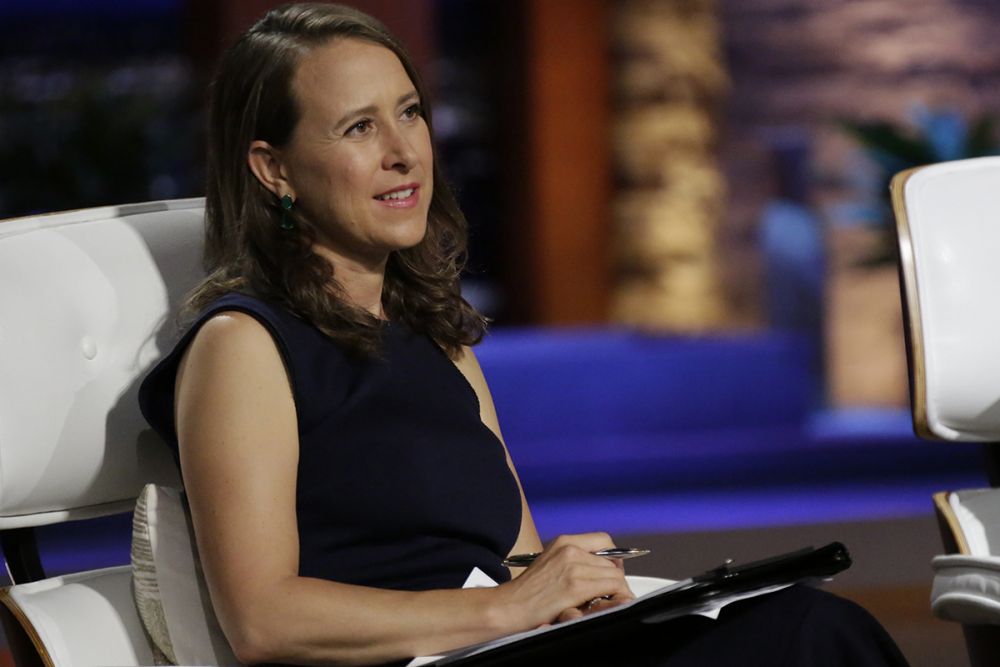 “Hiring is one of the hardest things. There are a lot of smart people who have humility, and there’s a lot of smart people who want to tell you how smart they are. And we have opted for the humility. It’s really important to have people who are constantly open to feedback and constantly open to constructive criticism and learning about other areas. That’s actually one of the things that did make us successful, which allowed us to grow and attract other people because it’s a group of people who are really eager to learn from others and to keep learning.”

5 Negotiation 'Don'ts' That Must Be Avoided

How to Successfully Found Two Businesses (at the Exact Same Time)

Free Webinar | May 19: 5 Ways to Hustle and Achieve Success