Saptak Bardhan
October 22, 2021 9 min read
Opinions expressed by Entrepreneur contributors are their own.

The electric vehicles (EVs) space is a rage all over the world. Tesla Motors began the development of “The Roadster” in 2004 which went on to become a symbol of the EV revolution and with climate change becoming a concern which will have catastrophic effects on the planet if not controlled, EVs are no more mere concept cars.

Even though electric motors came before its internal combustion engine (ICE) counterparts, it was ICE that took the lead in the 19thcentury due to lower cost of running as well as performance related issues. However, the electric motors of the 21stcentury have a lower cost of running as well as better performance with less components and less wearable parts being used in the making.

Tesla paved the path for the comeback of the EVs all over the world. The extreme climate change and global warming led to the rise of EVs. Emission from ICEs became a contributor to the degradation of the environment as well as mass-scale pollution,contributing to climate change.

From Australian bushfires to the worst-summer recorded by Iceland, the climate change has been significant and has gone from bad to worse in recent times. The impact on the environment has been such on the whole world that Paris Agreement had to be signed In order to reduce the temperature to 1.5-2 degree Celsius preferably and had to implement some strict measures especially regarding controlling emissions from the vehicles.

EVs offer a solution to reduce pollution as well as helping the world reach the desired temperature drop as there are no emissions. Zero emissions means no pollution.

An average electric car has almost three times the life of a vehicle with an ICE. Not only does this mean that there are no emissions for a significant amount of time but also considering the life of EVs, it will run for a longer period of time.

Even though Tesla has been turning heads all over the world, India has been unfazed with its own EV revolution. India has developed the technology to make EVs better and appealing to one of its biggest markets, the two-wheeler segment. Companies across the EV sector have paid attention to the different needs.From regular commute to last-mile delivery, India has an EV company working for almost every sector. Tata Motors, Mahindra& Mahindra, Ather, Ola, Yulu, Revolt, among others, have played a massive part in changing the game for EVs in India, and there is massive popularity of EVs being launched. Indians are going all out in an attempt to not only buy vehicles that will last long, have a lesser running cost and are fun to drive, but knowingly or unknowingly are also taking a step forward in rescuing the planet from the climate change that has been witnessed all around the world.

Here’s Entrepreneur India’s list of startups that are making efforts to make EVs a reality. 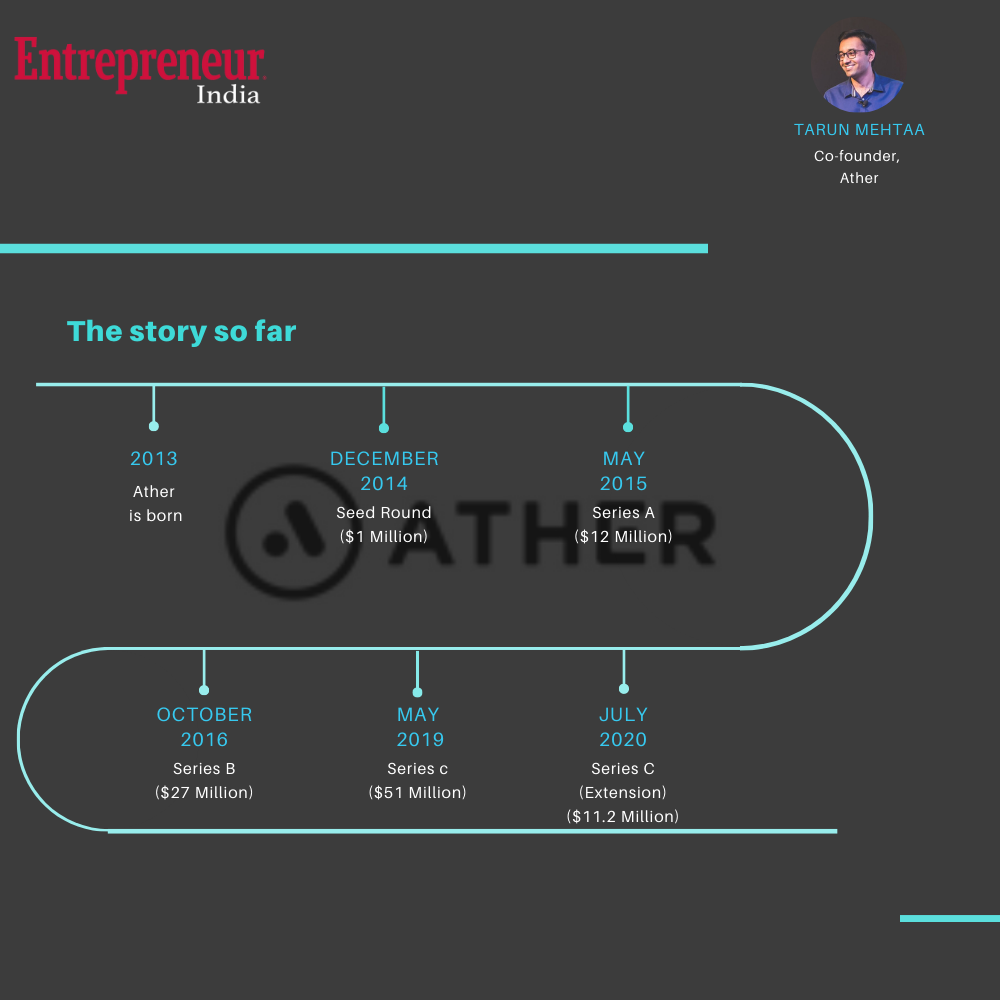 Ather Energy is one of the first companies to launch an EV in India. The Ather 450 (discontinued) was launched in 2018. Since then Ather has launched two more models: 450x and 450 Plus. Ather is also setting up the Ather Grid in the cities it has a presence. The Ather Grid is a charging network that will be set across a city so that charging stations are easily available. 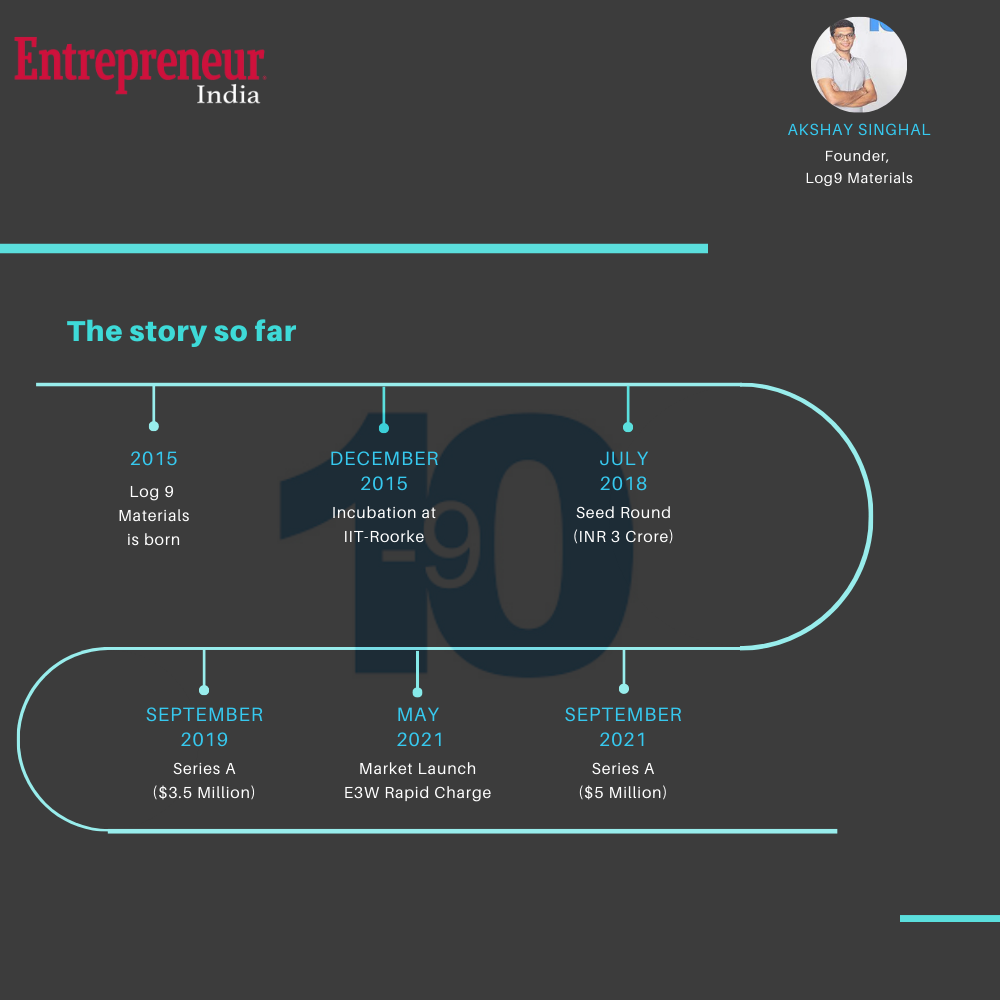 Log9 Materials is a startup that has been using graphene nanotech to develop advanced energy storage tech much like rapid charging batteries. It has also developed an aluminum fuel cell which they use in larger and longer vehicles that are meant for heavy lifting whereas the rapid charging batteries are used in electric two-wheelers and electric three-wheelers. It has innovated a UV disinfection device during the pandemic. 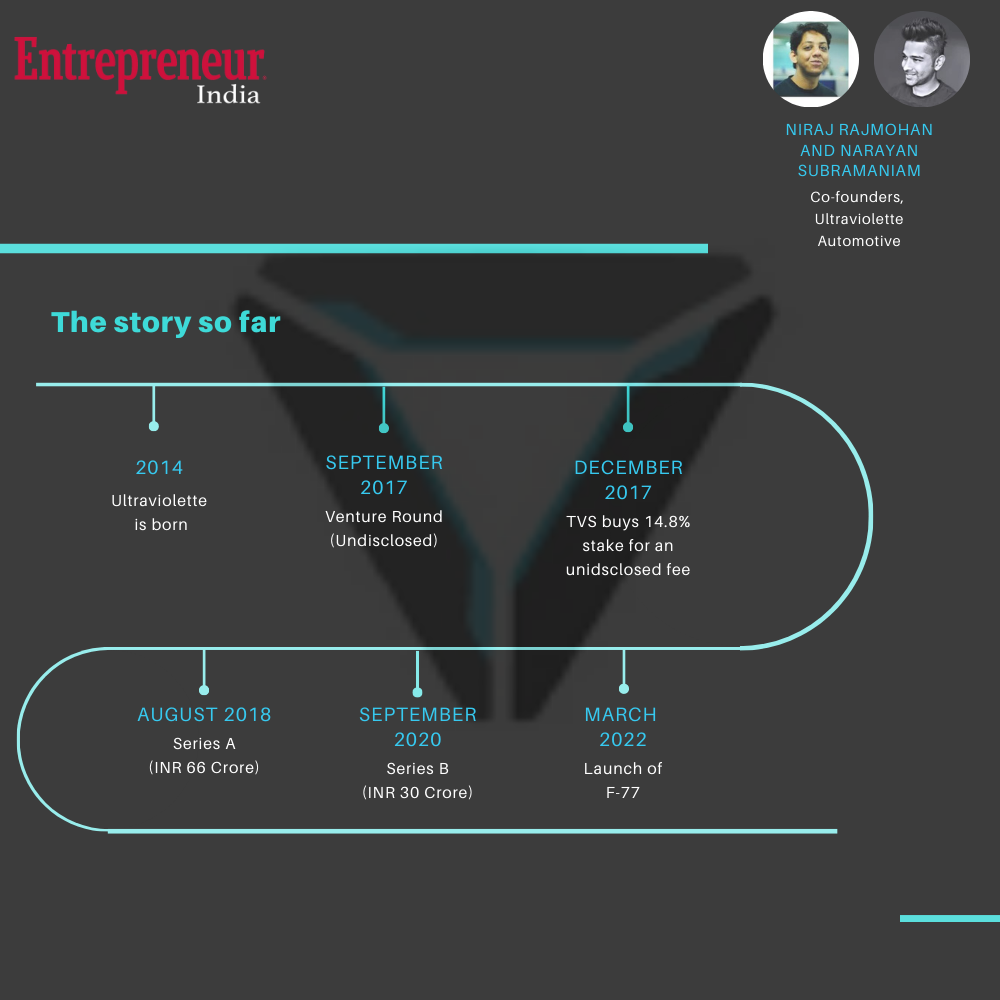 Ultraviollete is a bike manufacturer yet launch a product, though its F77 has been revealed. The company was established back in 2015 and is a prominent player in energy infrastructure. Ultraviollete is an innovator in the sustainable mobility space and has been working to redefine urban mobility.  The company has integrated IoT systems in its bike for performance tuning as well as for diagnostics purposes. Set to launch in March 2022, it is one of the eagerly awaited bikes.

Narayan Subramabiam and Niraj Rajmohan, “India's early adopters are well-versed in new technologies and eager to seek out new solutions and experiences. A combination of government driven incentives along with indigenously built, technologically disruptive solutions that reflect the unlimited potential of EVs will be crucial triggers for Indian consumers to purchase / transition to electric vehicles.” 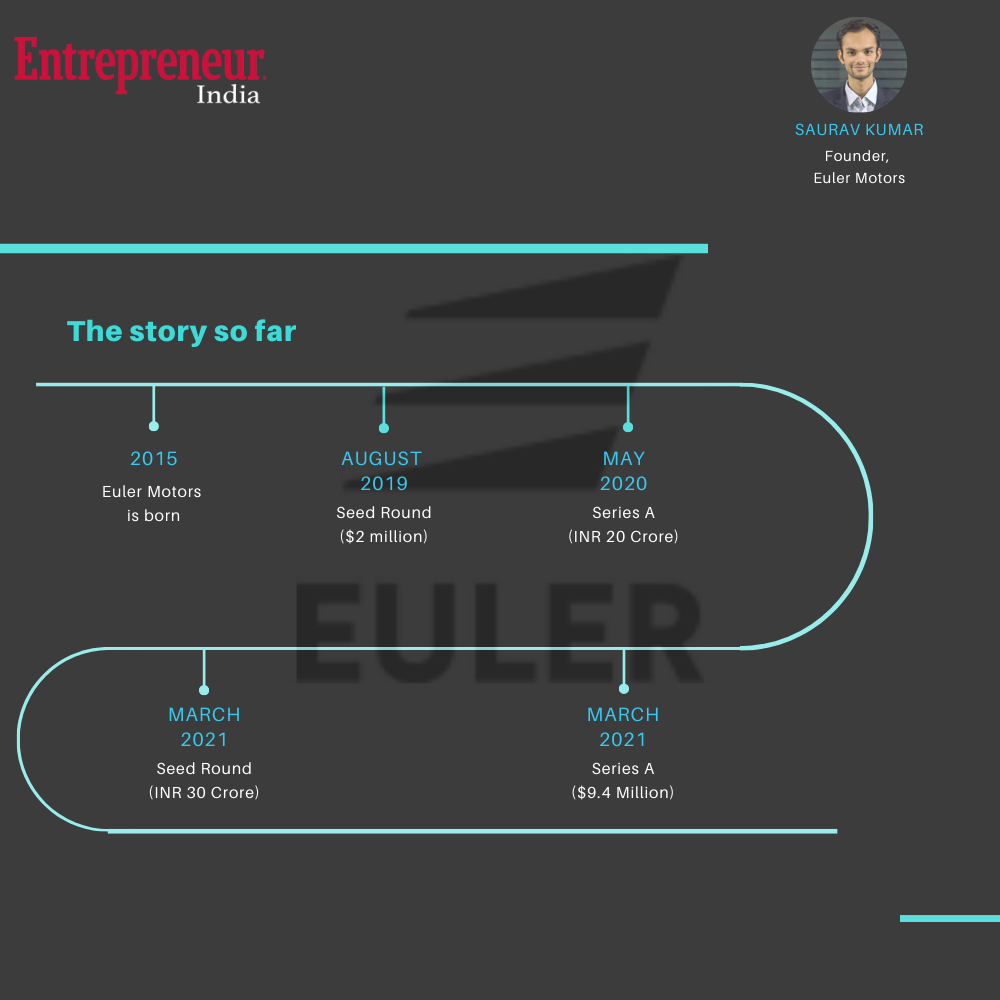 Saurav Kumar, “It is indeed certain that commercial vehicles and two wheelers will be the first to transition to EVs and in that segment, there lies a massive growth opportunity. EVs are set to play a much larger role and will drive a strong demand trend in the coming years.” 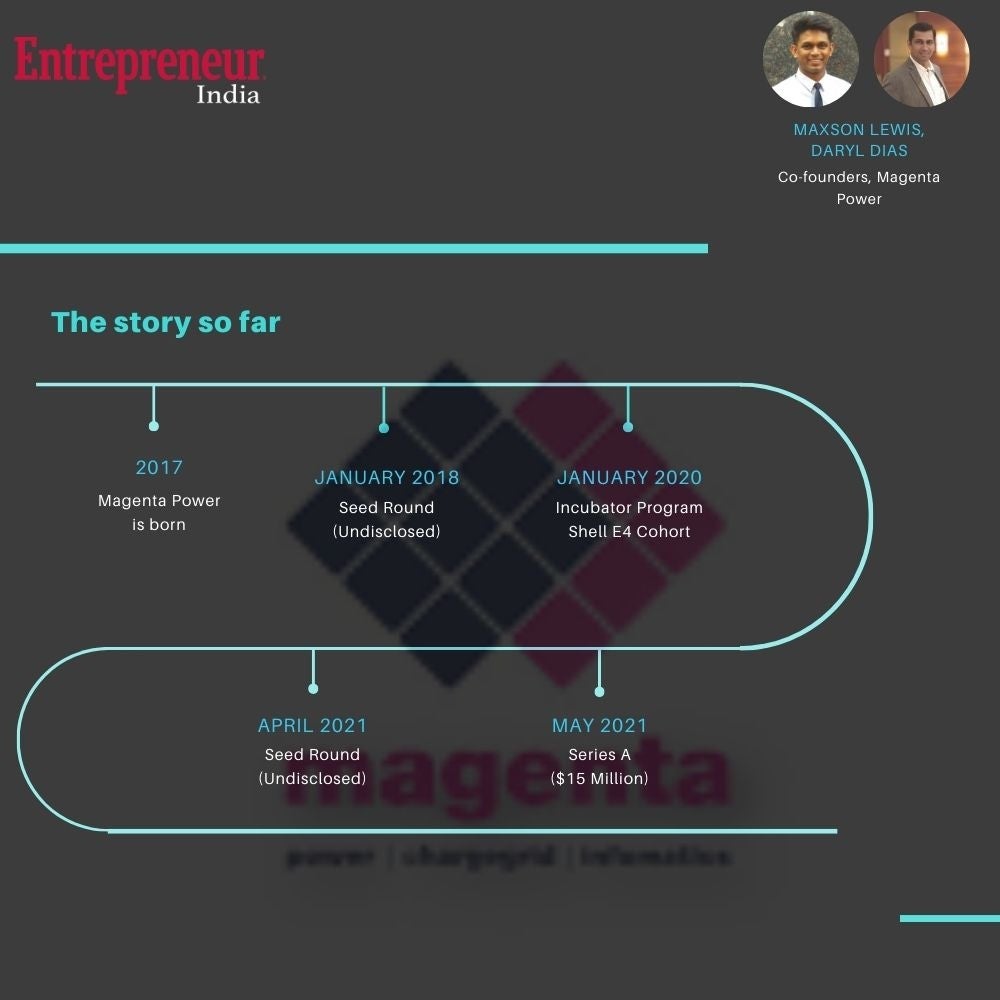 Magenta Power is a startup much like the rest of the companies on the list. However, Magenta provides charging grids as well as services such as transportation. Magenta is an integrated clean energy and electric mobility solutions provider. The Magenta group aspires to set up an EV ecosystem all over the country. 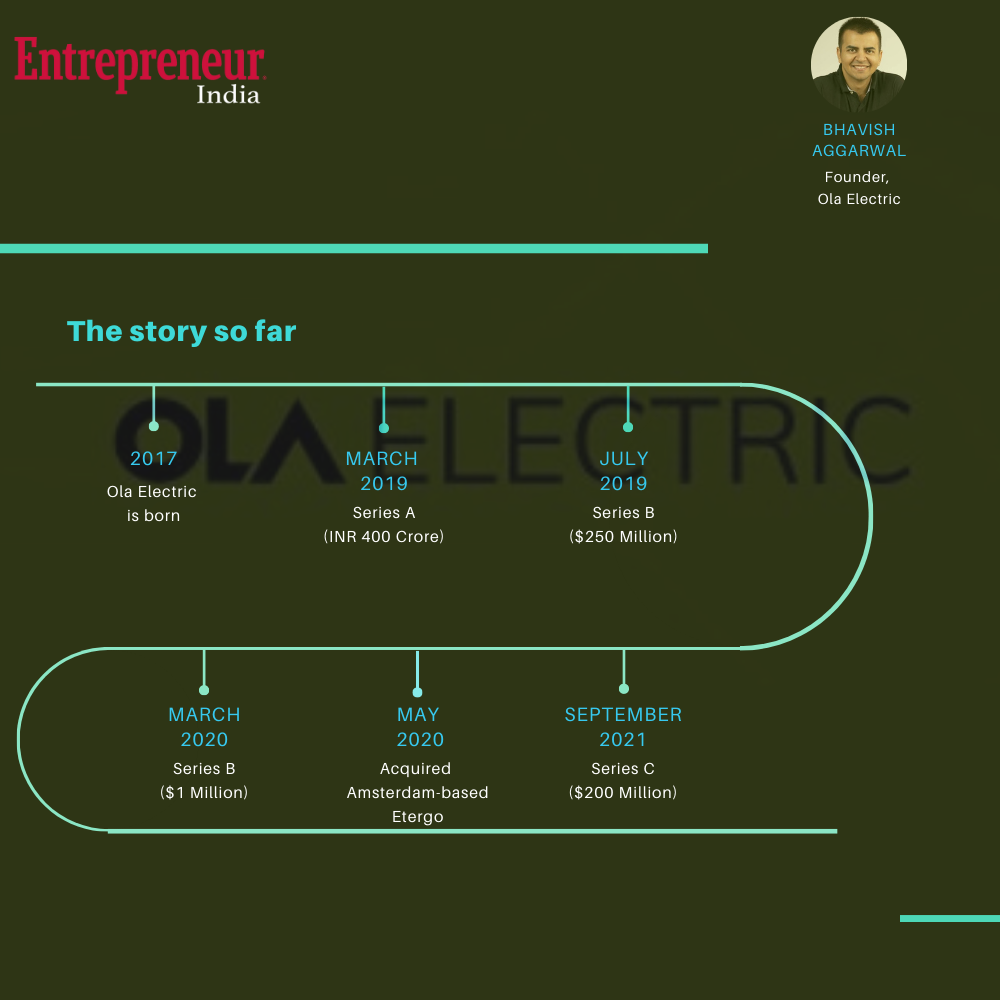 Ola Electric has been stealing headlines of late and has just launched two new electric two-wheelers: S1 and S1 Pro. It plans to build an ecosystem as well as creating infrastructure of charging points across the nation. Ola has the largest EV factory in the world spanning over 500 acres. 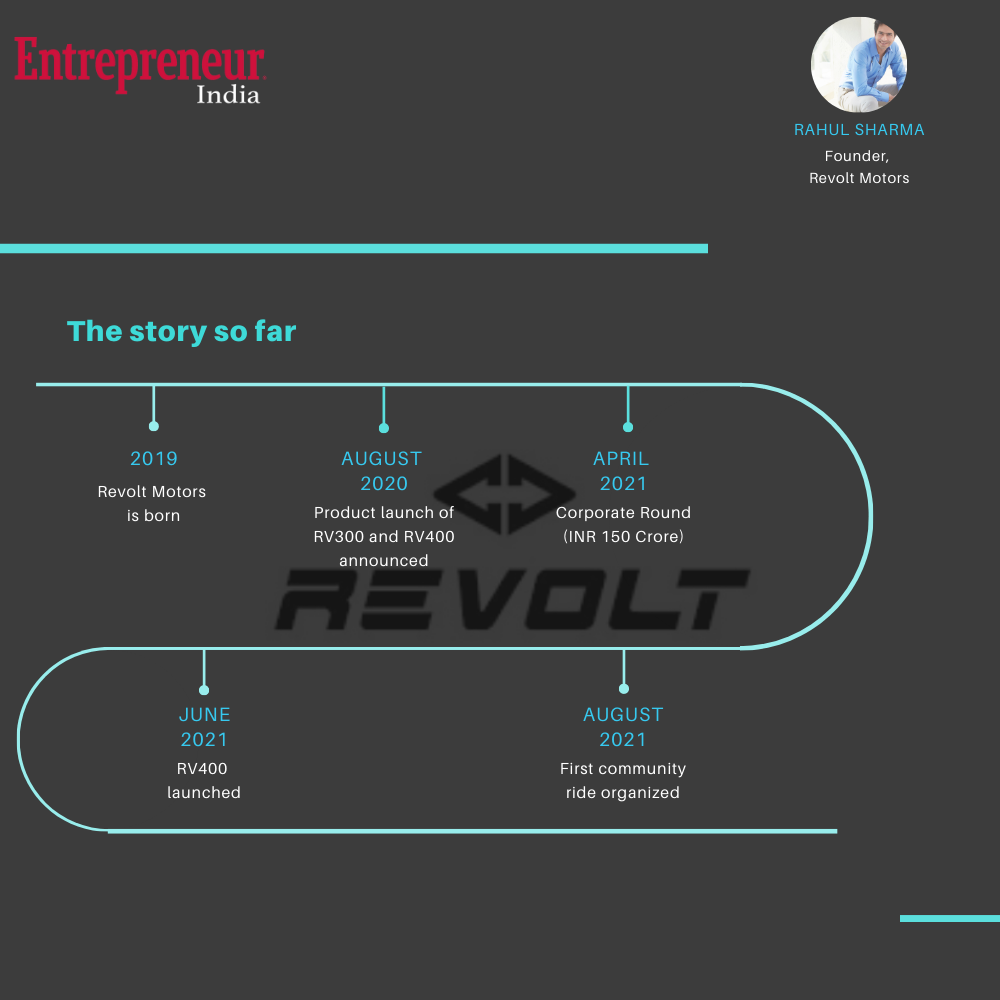 Founded by Rahul Sharma, Revolt Motors is an electric motorbike company. What makes Revolt special is the integration of artificial intelligence. Revolt vehicles have a smart swipe system that allows to know about the range, battery life, etc. It also consists of swappable batteries which one can change at a charge station. The artificial intelligence also allows the bike to modify the sound it makes.

Rahul Sharma “With two-wheelers occupying a massive chunk in the total automobile market in India, and then motorcycles being the preferred choice, we’re seeing a growth in this electric segment. Also, to top-it up with brands now working on their charging infrastructure, the whole range anxiety people have when it comes to EVs will eventually dissolve.” 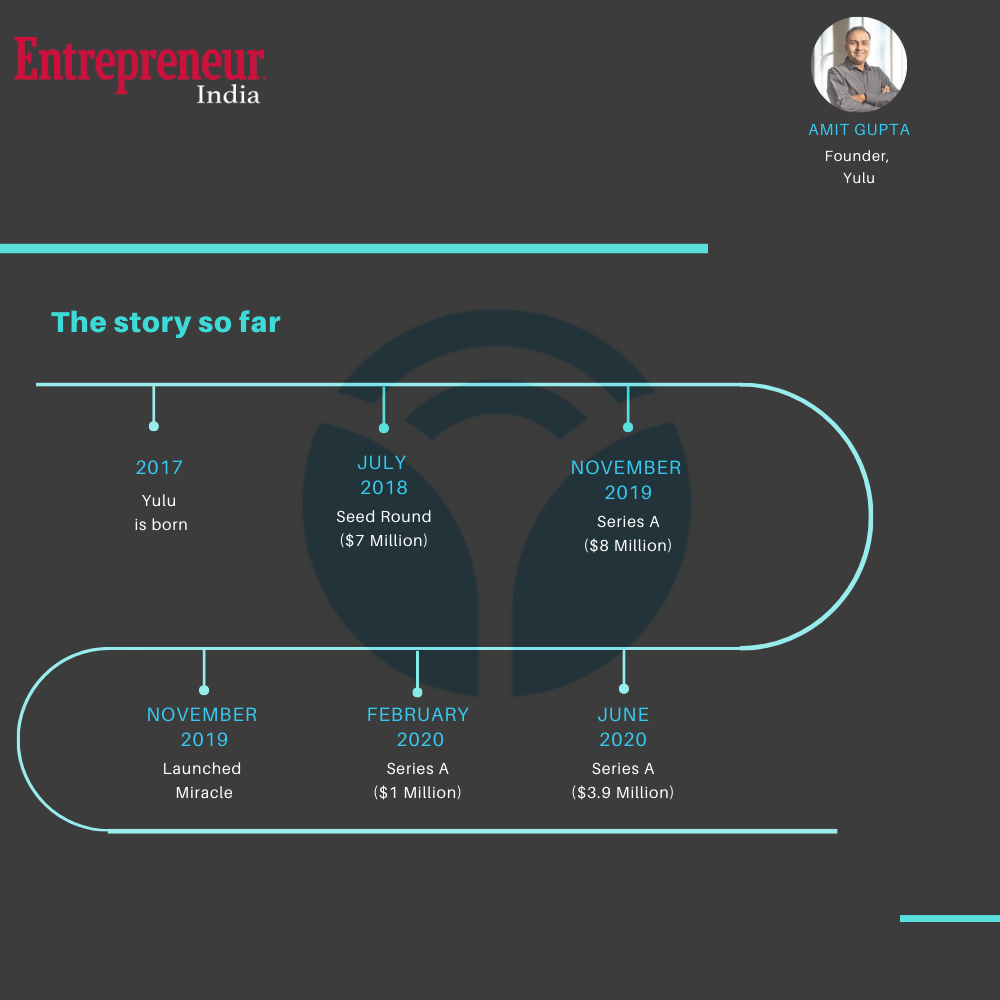 The light blue last-mile connectivity scooters have been one of a kind solution for people who use public transport on a day-to-day basis. Yulu is a technology-driven mobility platform that enables integrated urban mobility across public and private modes of transport. Using micro mobility vehicles through a user-friendly mobile app, Yulu enables first- and last-mile connectivity that is seamless, shared and sustainable. Yulu’s mission is to make urban mobility in India seamless, shareable and sustainable.

Amit Gupta, “Electric Mobility in conjunction with Ownership model will be the game changer. The core point is the lack of engines and moving parts, making of these vehicles is simpler and the repair and maintenance is also supremely easy.” 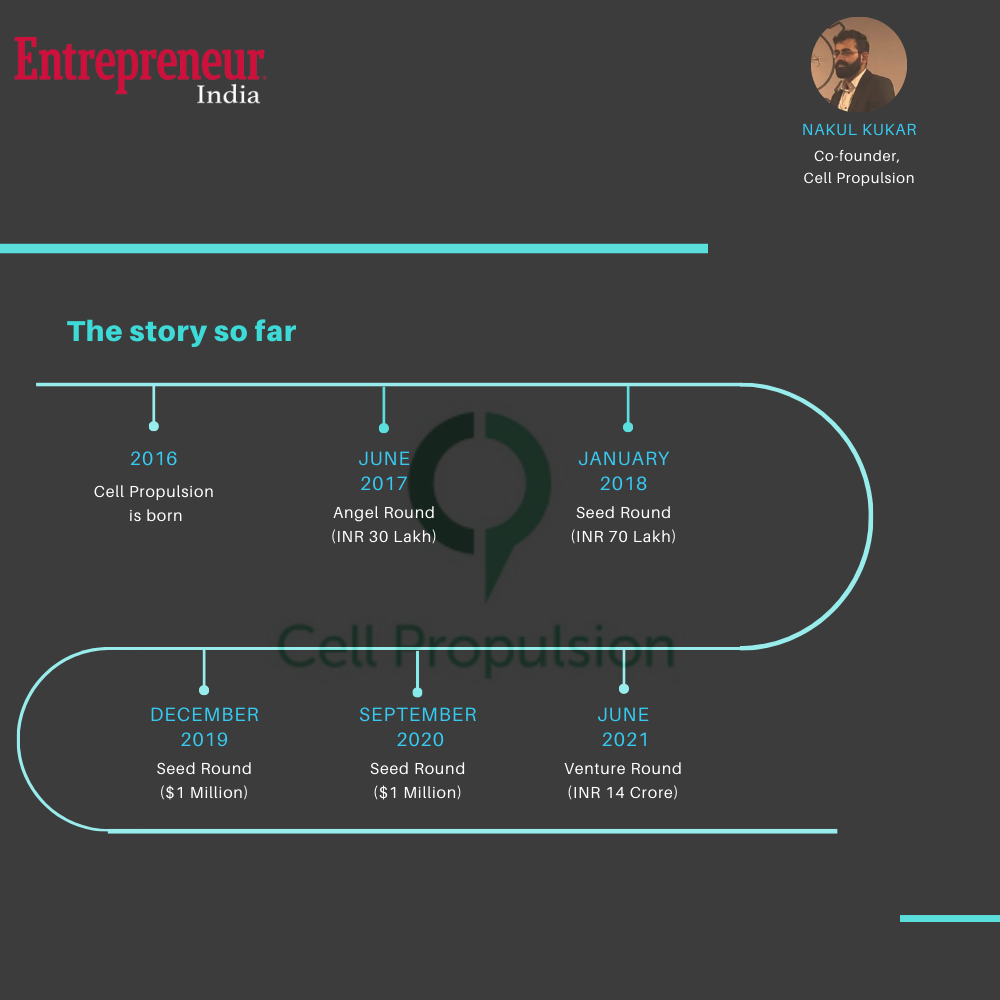 Cell Propulsion, much like Euler, offers viable electric vehicle solutions for commercial purposes. The fleet of vehicle ranges from 1.5-ton light carriage vehicle to almost 20-ton buses and trucks that are completely powered by electric energy and with its development of core technologies, powertrain, etc., for eLCVs and eHCVs. Cell Propulsion also offers a mobility platform as well as mobility as service.

Nakul Kukar, “With growing EV adoption, it is projected that manufacturing costs will decrease, better battery technologies will be available, charging infrastructure will improve, and consumers will benefit from more affordable financing and insurance.” 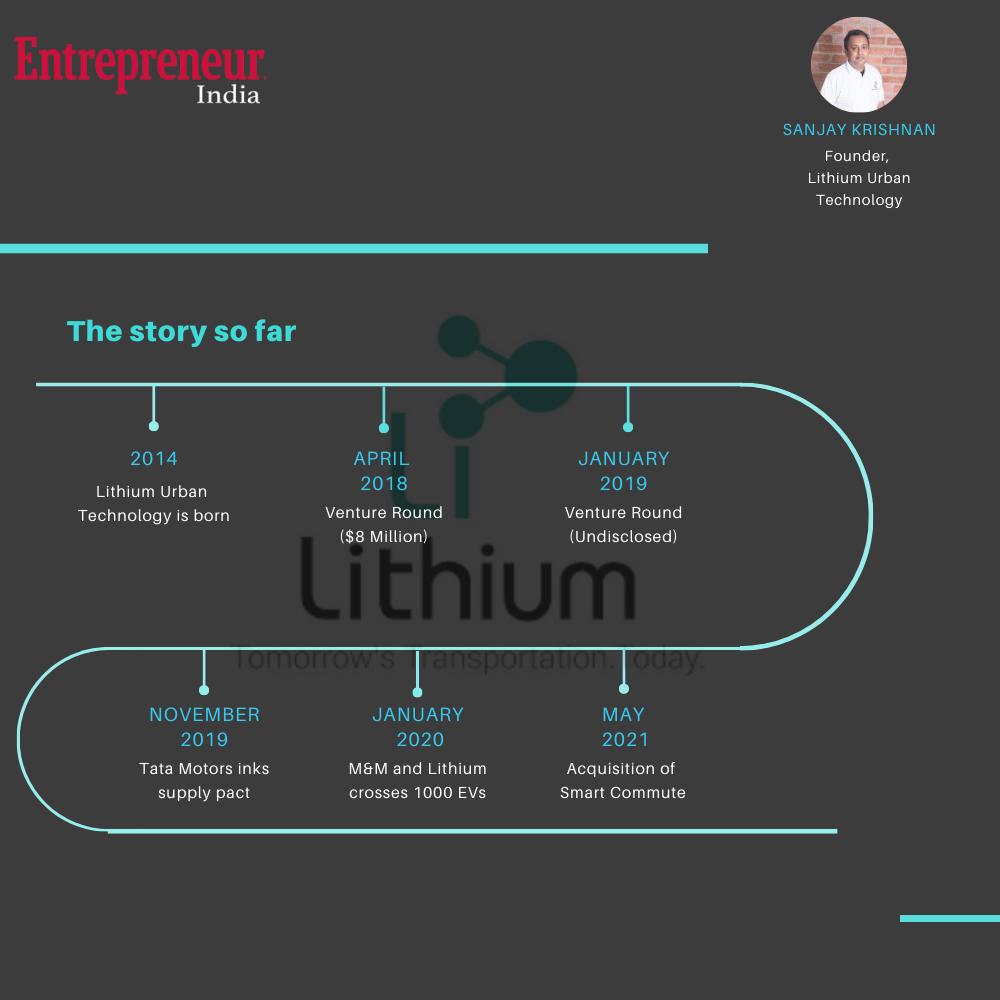 Lithium is a pioneer in sustainable urban mobility, operating the most productive electric vehicle fleet globally. Lithium currently runs a fleet of 400 vehicles, each driving approximately 300 km per day, saving 2.5 million kilometers of carbon dioxide-emitting driving per month. It also has an associated charging network that helps to keep vehicles charged. 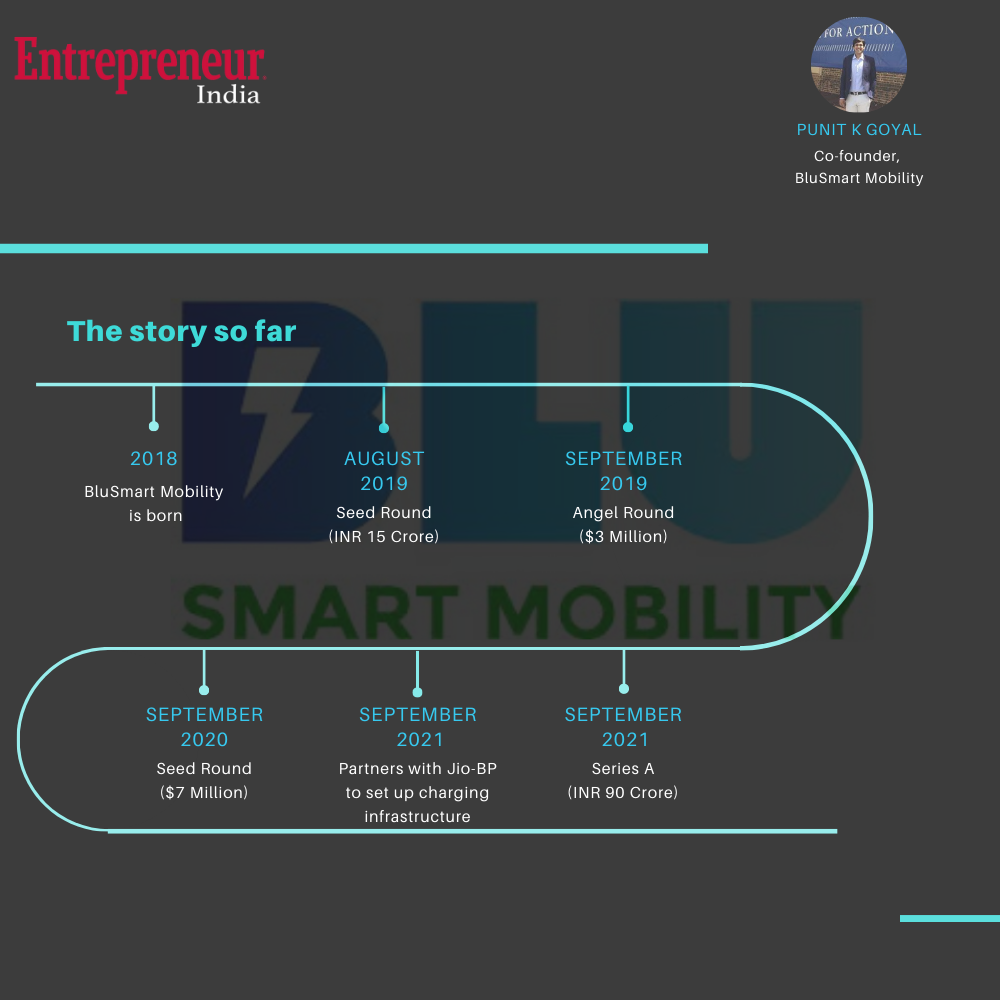 BluSmart Mobility is a service provider much like Ola and Uber. The only difference being BluSmart Mobility operates an electric vehicles fleet. The fleet consists of Mahindra e20 as well as Tata Tigor EVs. It also has the largest network of EV charging stations in Delhi-NCR. 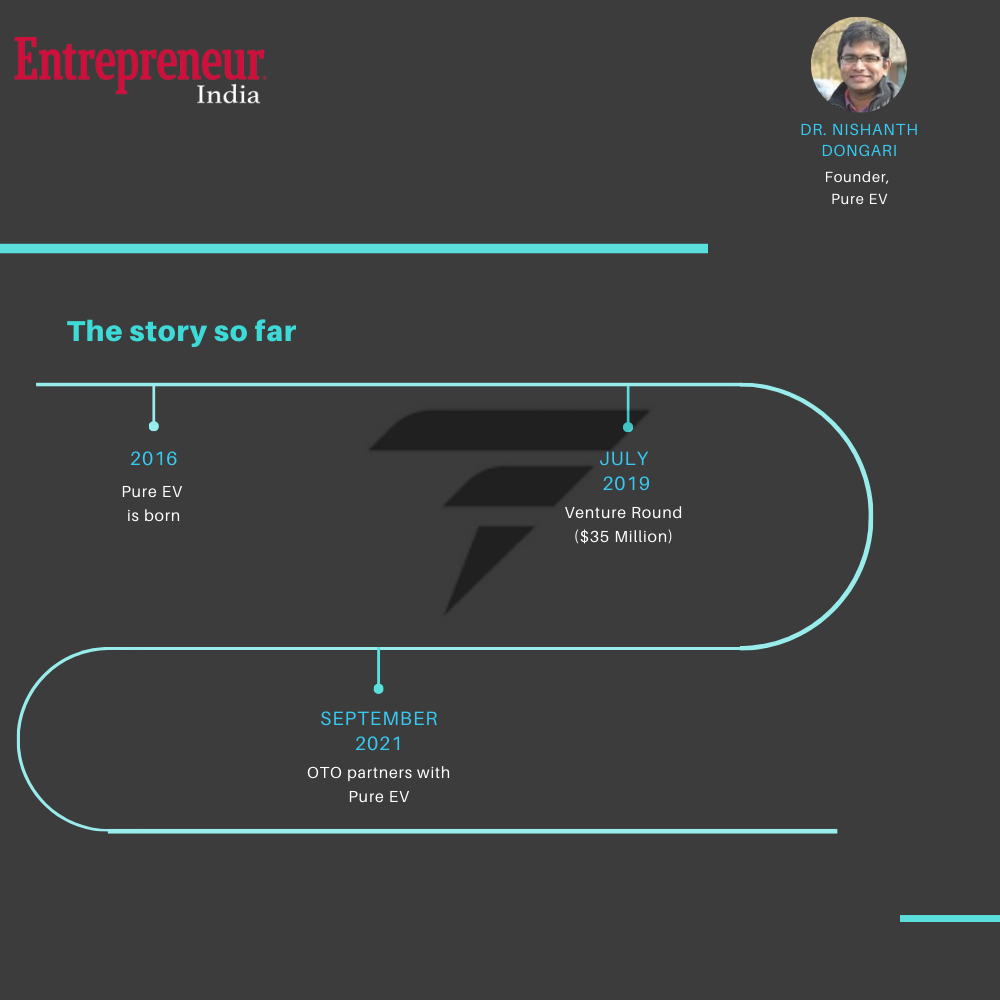 Pure is an acronym for Power Using Renewable Energy. The company offers two products. One is an electric-powered scooter. The other is Pure lithium batteries that are not only being used in transportation such as cars and scooters, but also in homes and power backup facilities, Solar ESS, telecom and data centers. 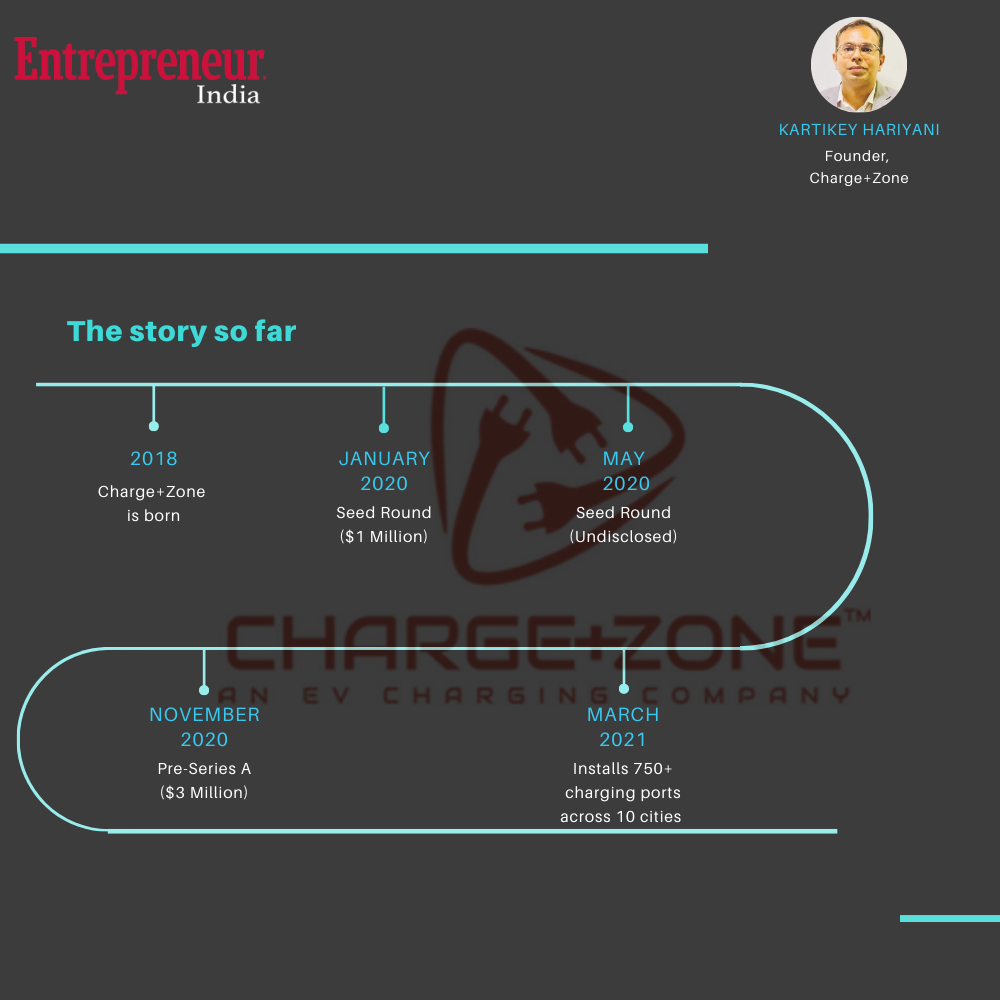 Charge+Zone is setting up charging stations all over India. It is a part of TecSo Global group which is into renewable energy solutions, product development and software engineering. The key strength of the group is in the area of technology, government regulations, power purchase agreements, CAPEX and OPEX model of solar power plant execution. 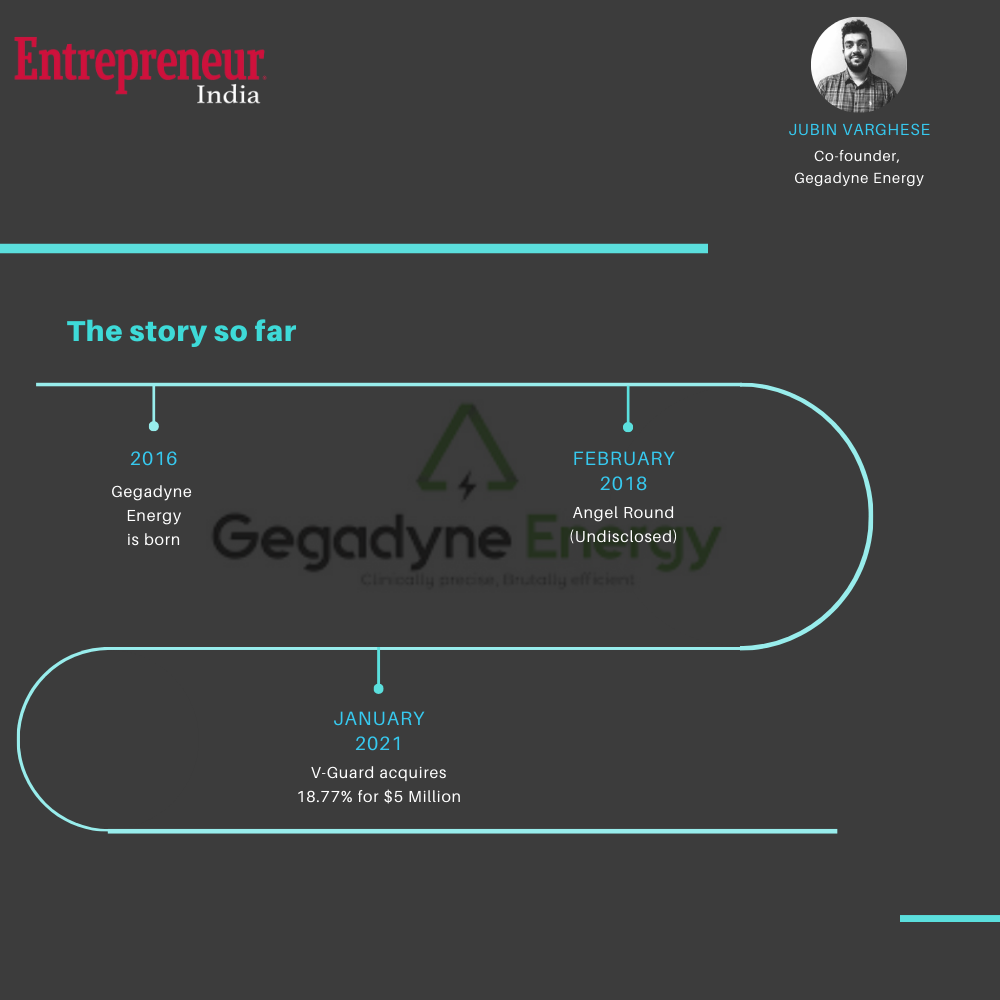 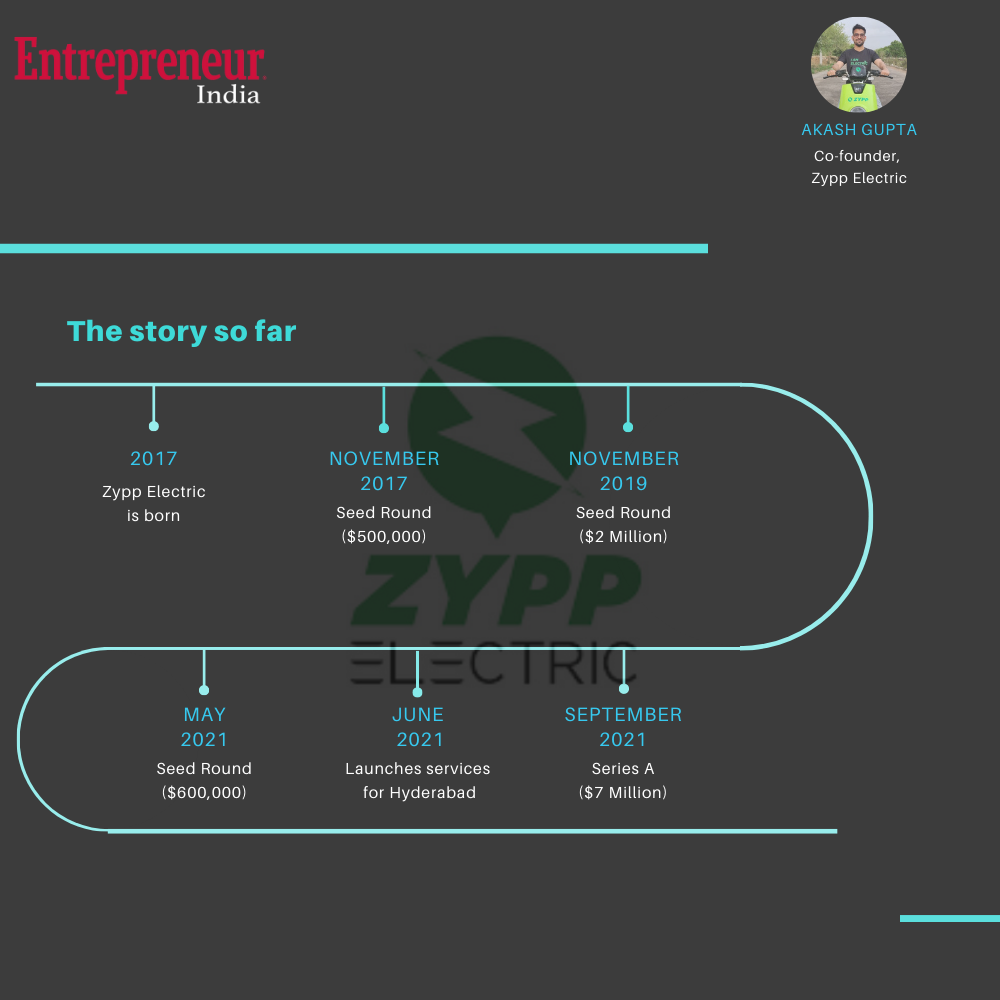 Zypp Electric is a last-mile delivery startup with a mission to make India carbon-free by using electric scooters. The scooters are all IoT, AI and ML integrated and is being used to deliver food, groceries, packages and medicines from one point to another. Zypp is also building swapping stations for its own service. The Zypp scooters operate on a battery swapping mechanism which allows them to replace the battery at their own swapping stations.

Is Volkswagen a Good Electric Vehicle Stock to Buy?