By Emily Meehan
February 14, 2013
Opinions expressed by Entrepreneur contributors are their own.

If you've ever been late to work because you couldn't break away from your lover, you may have wished that the two of you worked together. Many married entrepreneurs have tried and many have succeeded at this goal. But few have launched products or companies that were actually inspired by love.

This Valentine's Day, Entrepreneur.com caught up with three couples who started businesses based on their love. 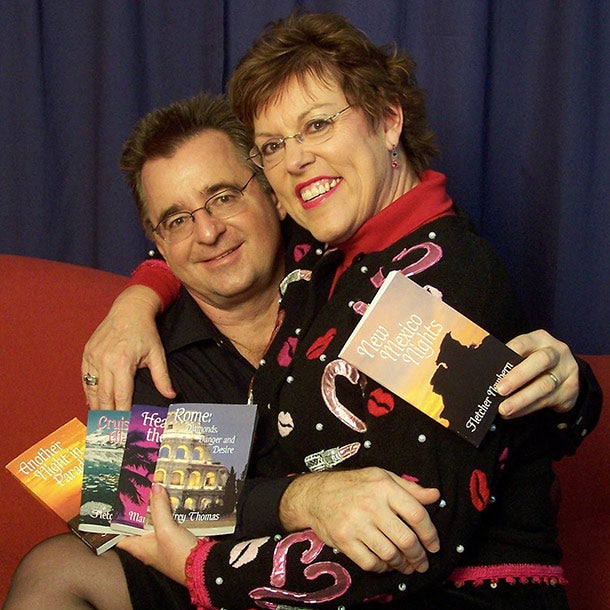 As two writers in love, J.S. Fletcher and Kathy Newbern started a business creating personalized romance novels. "Many of our novels are inspired by our travels," Fletcher says. "But, truth be told, they're mostly inspired by our love for each other."

Fletcher and Newbern have written 20 of the novels and hired contractors to create 29 more books. Buyers can change 26 details about the featured couples to correspond to themselves. For example, in "Another Day in Paradise," [your name here] and her lover are pampered at the Paradise Lagoon. In "Missed Tryst," the lovers run a private detective agency when they aren't dancing to [your favorite song here.] Couples can also add their eye and hair color, best friends' names, car model, hometown and favorite fragrance. They also can choose between "wild" or "mild" versions of the novels.

Fletcher and Newbern decided to get into the business when they were dating and attended a PR conference in North Carolina. Newbern revealed to a panel that she had secretly written a romance novel, prompting another attendee to comment that it would be great if people could read about themselves in a steamy book. On the ride home, Fletcher and Newbern outlined "Another Day in Paradise" on the back of an envelope they found in the glove compartment.

The couple also did freelance travel writing while producing the romance novels. Then in 2002, a People magazine article brought the recognition they needed to start working full-time on YourNovel.com. They sell their novels in all formats, with e-books accounting for about 10 percent of their revenue.

Although sales weakened along with the economy, Fletcher and Newbern remain committed to YourNovel.com. "In so many ways, the relationship inspired the business: We are two people still madly in love," says Fletcher. "We created a business around putting people in love together in a book. And we get to do that as a husband-wife team." 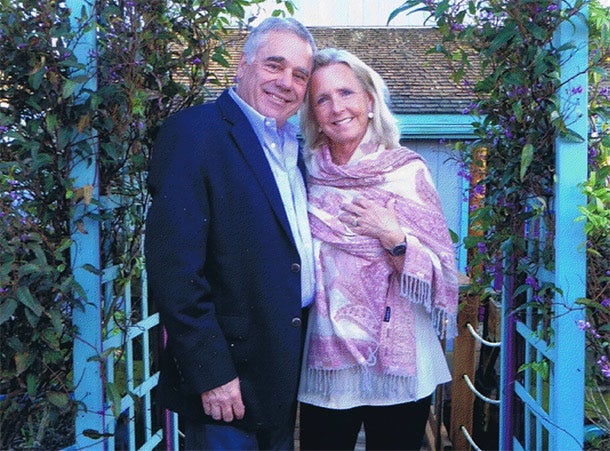 Lalla and Rinaldo Brutoco were organic farmers in Ojai, California, when a few problems started getting in the way of their intimacy. They decided to seek a solution that eventually turned into a business.

Lalla was suffering from bladder and yeast infections that made life--and sex--uncomfortable. As an organic farmer's wife, she didn't like the synthetic lubricants on the market. "Me being interested in alternatives and Rinaldo being something of a scientist and an organic farmer, we decided we would investigate aloe as a healing agent," Lalla says.

The Brutocos found one variant of aloe that was reported to have medicinal qualities and began planting it on their farm. The liquid from the plant healed Lalla's infections and acted as a moisturizer. "Lalla and I have been married for 30 years and we keep the romantic spark alive," Rinaldo says.

The product also turned out to be an effective lubricant, leaving no mess as it was absorbed into the skin. "I sent my husband on a mission to put this in a bottle for the sisterhood," Lalla says. Rinaldo found a way to preserve the gel in a bottle without using preservatives, sticking to the organic parameters the couple had set.

Aloe Cadabra went on sale in 2010, and the couple first promoted it to the "sisterhood" – Lalla's female friends and their friends, who spread the word through whispers. Soon, the promotion got much louder as Glamour, Elle and several health and wellness publications ran articles about Aloe Cadabra. It's now sold for about $10 a bottle in 3,000 stores in the U.S. and Canada, including Whole Foods, Walgreen's and GNC. 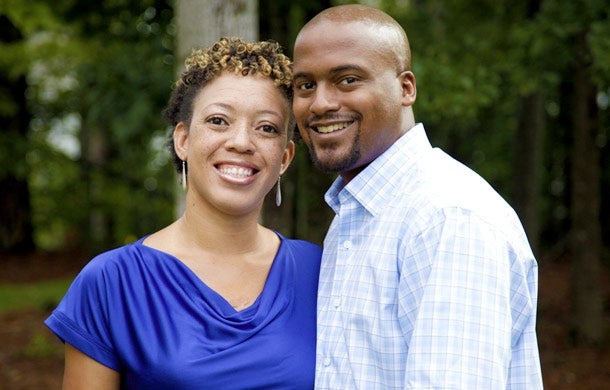 Ronnie and Lamar Tyler started a blog about their marriage that turned into a full-time media business.
Image credit: Zahra Tyler

Ronnie and Lamar Tyler were thrilled to find one another after some false starts. They blended their families from earlier relationships, and their marriage thrived. But it sometimes seemed as if they were the only happily married couple in the world.

Everything they heard about marriage in the media and in their community was negative. "Divorce rates are high, and people are having a lot of children out of wedlock," Ronnie says. "All of that makes it important that there are people like us out there promoting positive images and showing people that happily married couples do exist, that marriage is great if you put the work in."

So, the couple started Blackandmarriedwithkids.com because they loved being married and wanted to try blogging about their feelings. As IT managers, they were Web savvy, but they didn't expect their blog to take off the way it did. Friends and family have spread the word about the blog, and the couple does guest blogging on bigger sites to attract readers. On their site, they sell banner ads, DVDs of their documentaries about successful or healed marriages in the black community, and books on marriage by other authors.

The couple says Blackandmarriedwithkids.com attracts 150,000 to 200,000 visitors a month and their revenue doubled last year. For the first time last year, the Tylers worked full-time on their business, while also parenting four kids. "We had to write about something that we were both passionate about and that we would want to write about 10 years later," Ronnie says.