All the Consulting, (Almost) None of the Cost

Creative entrepreneurs are finding ways to grow their businesses without paying for high-priced advice.

By David Port October 26, 2010
Opinions expressed by Entrepreneur contributors are their own. 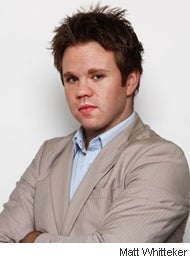 If all it costs him are some body bruises, facial nicks and the occasional fat lip, Matt Whitteker says he's happy to absorb the punishment his executive sparring partners dish out, as long as they keep feeding him valuable -- and free -- consulting advice once they step out of the ring.

Whitteker, who fought competitively before founding Final Round, a boxing gym in Ottawa, Canada, demonstrates the lengths some entrepreneurs will go to get top-shelf strategic advice and guidance on the cheap. Indeed, with creativity, diligence and a willingness to give something back for what they get, there are many ways for small business owners to get big-time consulting advice, minus the bloated fee.

The pugilist Whitteker gets his advice via barter, using the white-collar boxing program he started at his gym to access the expertise of the successful entrepreneurs, CEOs and consultants who participate in the program. "I spar with them for an hour," he explains, "then we talk business after that. I take it easy on them, though, because I want them to come back."

Whitteker says the advice he's gotten in exchange for time in the ring contributed significantly to the successful launch of www.nonotes.com, a transcription and translation company. "Business trades have been a huge benefit for me. If you have something of value to offer, something people want, you're in a good position to trade. Then it's a matter of spinning it the right way."

1. Make the Most of Your Network
When it comes to talking business, entrepreneurs generally are an effusive lot. That makes your network -- fellow business owners, suppliers, distributors, friends, relatives, etc. -- a potentially bountiful resource for on-target consulting help. "I have gotten more valuable information, advice and hardcore executable tips sitting over a pint or on the golf course than if I had hired 10 consultants," says Jeff Bogensberger, cofounder and CEO of SOCO Games. "Businessmen are like fishermen: You may think they are secretive, but the reality is they just love to talk about their passion."

That passion is worth tapping into not only for general advice but also for guidance on specific undertakings, adds John E. Freiburger, who heads Partners Wealth Management, a financial advisory firm in Naperville, Ill. Case in point: To help a client with a start-up business find a CEO for the new venture, Freiburger called on some of his contacts, including a CPA, attorney and public relations exec, to spend a Saturday interviewing candidates. For the cost of lunch, the owner of the start-up got consulting help from seasoned executives "he would never have been able to afford otherwise."

2. Connect With a School
When his start-up, Nail Nuk LLC, needed recommendations on where to locate its initial retail store, the company's founder and CEO, Hector Ledesma turned to academia, where many resource-challenged small businesses like his are finding strategic guidance. Ledesma enlisted moremarbles.com to connect him with a student group to conduct market research on the company's behalf. Moremarbles.com then connected Ledesma with an undergrad marketing class and professor. For $500, they conducted a market research project and recommended Florida as the site for Nail Nuk's first store. "We needed information very quickly and they met every deadline," says Ledesma. "And what we invested for the project will be 10 times what we spent."

Moremarbles.com is one of an emerging breed of matchmakers that connects businesses with pre-screened, professor-led student consulting groups. Fees for projects brokered through the site typically range from $1,000 to $20,000 -- perhaps one-tenth what a big-name consulting firm would charge and half what a boutique consulting firm would charge for comparable services, estimates moremarbles.com founder Andrew Allen.

For small businesses seeking similar access to student consulting groups, but at no cost, there's Noodlestorm.com, where a business can post a project or problem, with a deadline for solving it, and get solutions from one or more groups.

There's also the option of going directly to an academic institution for student consulting help, as more business and technical schools are seeking opportunities for their students to gain experience solving real business problems. The Indianapolis-based e-mail service firm Delivra recently took that route, hiring three students from nearby Rose-Hulman Institute of Technology for programming that would enable the company to launch several new service offerings. Not only did the interns provide exactly the code-writing help Delivra sought, Rose-Hulman covered half their modest salaries. What's more, says Delivra's Chris Broshears, the students "taught our existing [web] developers a thing or two."

Intensive, quick-hit workshops and classes for entrepreneurs also can yield valuable, immediately actionable strategic guidance, says John M. Torrens, assistant professor of entrepreneurship at Syracuse University. Universities with a community-outreach component to their entrepreneurship programs often offer such programs, as do community colleges and organizations such as EO (via the EO Accelerator program) and Kauffman (via the FastTrac program).

3. Tap Government Agencies
Because they often provide mentoring to go with workshops and networking opportunities, community-based business incubators and hatcheries are another good source of consulting help. When Bibby Gignilliat, founder and CEO of Parties That Cook in San Francisco, wanted to implement an equity compensation plan for her staff, she took a free one-day seminar offered by Pacific Community Ventures, taught by a business school professor. "I was so impressed by the seminar and the professor," says Gignilliat, "that I joined Pacific Community Ventures." For $750 each year, she gets an ad hoc advisory board and a mentor for one-on-one counseling.

That kind of quality advice can also come from state and local business development agencies, according to Tom Taormina, a consultant who provides business assessment services pro bono to small businesses via the Northern Nevada Development Agency. "We'll send experts out to map out a self-help program for them or find them affordable resources for getting additional help if they need it."

From workshops to mentoring and beyond, it's also worth tapping into the vast resources of national organizations with a local presence, including SCORE and the U.S. Small Business Administration's Small Business Development Center network. "We owe a lot to our [SBDC] counselor," says Rich Enos, co-founder and CEO of StudyPoint, Inc., in Boston. "He introduced us to the bank that funded our expansion and he really put us through the paces. He had as much experience as any consultant we could have hired and the fact that his advice was free was nice."

4. Create Your Own Braintrust
Instead of turning to a consultant for help growing his company, Peter Sorgenfrei, a consultant himself, elected to start a mastermind group -- an informal panel of his peers in the business community who meet regularly to share ideas and serve as one another's sounding boards. To make it a constructive exercise, he says, "you have to find smart, successful people who are completely frank with you, and who have no vested interest in selling you something." Sorgenfrei traces the recent growth of his New York City-based firm directly to recommendations from his fellow masterminds. "They helped me think bigger about my business," he says.

An advisory board can net a small-business owner similarly constructive -- and cheap -- strategic advice, says Deborah J. Muller, president of Chatham, N.J.-based HR Acuity. After hand-picking a half-dozen of the sharpest businesspeople she knew to serve on the board, Muller now taps their expertise through frequent one-on-one conversations and occasional full group meetings, from which she usually leaves "with a headache and a long to-do list." All it costs Muller is the out-of-pocket for meals and holiday gifts, plus a willingness to dispense her own advice to board members when called upon.

Similarly valuable low-cost input can come from clients and customers, says Freiburger, as long as you know what, and which ones, to ask. "We have a lot of smart clients who we ask for feedback," he says. "Once you say, ‘Bring it on!' you have to be open and ready for input, good and bad."

Torrens says he wishes he been privy to the many no- and low-cost options for getting consulting help back when he ran his own business. "When I had my company, I hired a consultant and paid them a lot of money, and I'm kicking myself now for doing that."