Carol Tice
Owner of Make a Living Writing
July 19, 2010 min read
Opinions expressed by Entrepreneur contributors are their own. 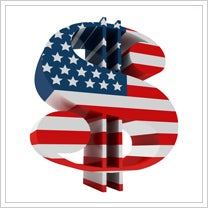 After more than a year of Congressional drama, the biggest finance reform package since the Great Depression is expected to be law by Wednesday. What does it mean for your business?

The bill is more than 2,000 pages long, and has the unwieldy name "Dodd-Frank Wall Street Reform and Consumer Protection Act." To give a quick summary, it appears to have both positives and negatives for small business owners.

The big positive is for small retail businesses, which have been squeezed by rising debit-card or "swipe" fees in recent years. This part of the law is important, as the big credit-card issuers had cut a similar deal with the European Union, and there was concern our rates would skyrocket to make up for it. The inclusion of swipe-fee reform heads any planned fee hikes off at the pass.

The Retail Industry Leaders Association and National Association of Convenience Stores both praised the inclusion of swipe-fee reform in the bill. The retail-industry trade publication Chain Store Age reports that for years, swipe fees have been the second-largest cost of doing business for convenience stores and gas stations.

Among the improvements the bill brings:

Next, on to the possibly not-so-good news: There's great concern that reforms aimed at keeping big banks from getting "too big to fail" and requiring government bailouts again will restrict the credit markets. The higher regulatory cost may also mean more consolidation in smaller community banks. And that all adds up to fewer small-business loans.

Mark Zandi of ratings agency Moody's Economy.com site forecast the bill's regulations would reduce credit to households and businesses by $80 billion a year. Ouch. Often these predictions turn out to be sort of Chicken Little-ish, so we'll see what really happens here.

Finance reform has two main prongs -- new rules on how big banks operate to try to keep them from getting too big and unstable, and new rules that allow the government to act more aggressively if a bank starts to run into trouble. A new "systemic risk council" can demand big banks, insurers, hedge funds, and other institutions deemed essential to the economy get added supervision by the feds. It would be easier for the Feds to seize and dismantle failing banks.

One definite plus: Bank shareholders will get more say in executive pay, which we can only hope will cut down on crazy mega-millions salaries. Another: Derivatives and hedge funds come out of the shadows and must trade on exchanges that share the cost of any one party going bust.

In all, swipe fees will definitely help small merchants. The effect of the rest of finance reform on the average small business owner remains to be seen.

What's your opinion of the finance-reform bill? Leave a comment and let us know.