One Entrepreneur's Story: Why Wesabe Lost to Mint.com

By Carol Tice October 14, 2010
Opinions expressed by Entrepreneur contributors are their own. 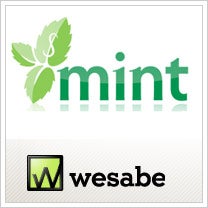 I've interviewed quite a few CEOs who drove their companies into the ground. Usually, to hear them tell it, it's anybody's fault but their own. The company died because the market tanked, a competitor was unscrupulous, new laws screwed them...anything except "I made mistakes."

So it was refreshing to read Wesabe co-founder Marc Hedlund's frank analysis of why his personal-finance Web site lost the race for that space and closed this summer, while rival Mint.com was bought by Intuit last month for a reported $170 million.

His tips may help many another dot-com startup avoid Wesabe's fate. Here's what he learned. To these points I'd add -- conserve your cash! Many a dot-com startup of the '99-'01 era simply blew through their cash like it was a box of Kleenex and then had to close up shop. The word "budget" was rarely heard. A little financial management can go a long way. Maybe it would have helped Wesabe, too.

The bottom line, Hedlund concludes, is it "all adds up to me having absolutely no one to blame for Wesabe's failure but myself." He's probably not cut out for politics, which is the world of "never apologize, never explain." But his willingness to honestly analyze his mistakes at Wesabe could lay the groundwork for his next startup to succeed.

Have you had a company go bust? If so, what did you learn? Leave a comment and tell us about it.