By Diana Ransom March 14, 2011
Opinions expressed by Entrepreneur contributors are their own. 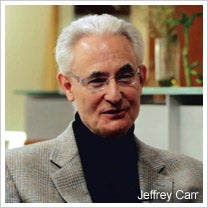 There's no doubt that Facebook is popular. The site not only reels in millions of loyal users each day, a man in Egypt recently named his newborn daughter after the social network.

The question is: Can you leverage the popularity of Facebook and other social media sites like Twitter and LinkedIn to pick up new customers or clients?

Maybe so, but to make the most of your efforts, you'll need to come up with a plan to reach the people you want to connect with. Jeffrey Carr, the executive director of New York University's Berkley Center for Entrepreneurial Studies, offers three tips for finding customers through a directed social media campaign:

1. Choose the right platform.
Just as there is a different audience for Saturday morning cartoons versus the Sopranos, the legions of users who flock to FourSquare, LinkedIn and Facebook are a diverse bunch. If you want to find customers, it's your job to pick out which platform caters to your business' desired audience and join it. For instance, if your company's target market is mature, professional women, establishing a presence on FourSquare, which has more of a youthful, gamer-type user base, may not be right for you. LinkedIn might be a better fit. Likewise, if your customers don't use Twitter, don't bother using it. "It's like putting an ad where people can't read it," says Carr.

Selecting the right social media platform for finding customers may seem basic, but business owners tend to leap on to the next big thing. For instance, when the Facebook community surpassed 200 million users in 2008, many business owners piled in -- thinking that the popularity of the site would naturally translate to their business. While it certainly happened for some, it's hardly a sure thing -- and the last thing you'll want to do is waste your time.

2. Give it time.
A big draw of using sites like Twitter and Facebook to find customers is that they're free. They've effectively leveled the playing field between large and small businesses, right? Not quite. Big businesses can often afford to hire a professional to manage their social media efforts, while small businesses, which typically have more limited means, often can't. But it's a mistake to do nothing or to even make a half-hearted attempt.

Although you shouldn't put yourself in hole so you can have an outsized presence on Facebook, you have to be willing to make a serious time commitment or hire someone to put in the time for you. "Between tweeting all the time, finding followers or just maintaining a Facebook site, most companies really underestimate what it takes," says Carr. It'll take hours, not minutes, he adds.

3. Provide value.
The best way to get people to follow, fan, and eventually shop at your business is to give them something they want, not just a pitch to buy your product or service. No matter if you're offering entertainment or information, people will pass along your tweets, newsletters or posts only if they think someone else they know will also find value in it. "You have to pay people for their time," says Carr.