By Diana Ransom March 23, 2011
Opinions expressed by Entrepreneur contributors are their own.

Social networking has gone mobile, and small-business owners are finding ways to tap into the phenomenon. The most popular location-based mobile application is Foursquare, designed as a guide to the places and spaces around you. Created by New York's Foursquare Labs just two years ago, it has quickly attracted more than 7.5 million users.

By simply "checking in" at local businesses, parks or even libraries via Foursquare's smartphone app, consumers share their location with friends and collect points and virtual badges. Many will go out of their way to visit a local eatery or clothing boutique just to land discounts and freebies, while others are in it to win cyber-world cred. For entrepreneurs, the upshot is your business may get discovered by legions of roving shoppers.

Related: Foursquare, Watch Your Back

Here, small-business owners share their tips on how they put Foursquare to use for their companies -- and you can, too:

Be generous.
For Tommy Up, the owner of burger joint, P.Y.T. in Philadelphia, becoming one of the most visited restaurants in the country within the Foursquare community was merely a matter of following the crowd.

After opening last August in Philly's Northern Liberties neighborhood, Up quickly learned about Foursquare from customers he noticed pecking away on their smartphones to "check in" at his restaurant. Shortly thereafter he offered his first Foursquare special: a free beer just for checking in. Although Up said listing a special was a bit clunky at first -- requiring a lot of back and forth with the Foursquare team -- the response he got was dramatic. "We were suddenly a part of the conversation," Up says. "They'd ask each other: 'Have you checked out this place P.Y.T.? You get a free beer.' "

In a matter of months, the burger eatery logged its 5,000th check in -- landing that lucky customer one free burger a week for a year. And just last month, P.Y.T. awarded its 10,000th check-in customer with a round-trip limousine ride to New York City with Up, along with dinner, hotel accommodations and lunch with the Foursquare team.

Although Up has given away roughly 11,000 beers to date, he says that expense has paid for itself tenfold. "Very few people come in and say 'Hi, we're here for the free beer' and leave. It's just a nice incentive to stick around," says Up who adds that less costly discounts don't work as well. "The more generous you are with specials, the more you get repaid by appreciative customers."

Keep the conversation going.
For Scott Wise, adopting FourSquare was a no-brainer. The president and CEO of A Pots & Pans Production, which manages seven restaurants in Indiana, participates in more than 20 social-networking sites. Wise offers a standard 10% discount during the week for people who "check in" to his restaurants. The mayor -- that is, the person who checks in at any one place the most over a certain period -- gets a 10% discount on the weekends, too. But his most creative use of Foursquare is in the events he hosts where users vie for badges.

Last June, for instance, Wise brought a plastic kayak in to his Fishers, Ind.-based restaurant Scotty's Lakehouse for the day so users could earn an "I'm On A Boat" badge, simply by getting into the boat and shouting: "I'm on a boat." Wise says sales for that day nearly doubled, and he even picked up some local media attention.

Despite the sales boost Foursquare helped deliver, the tool isn't foolproof, Wise says. To "check in" consumers don't necessarily need to come inside. Just their location coordinates must match up, says Wise who has noticed that the number of check-ins on Foursquare wouldn't always equal the traffic at the restaurant. "People were checking in without actually visiting the restaurant and then just showing up on the 'freebie' visit," he says. That's made offering rewards to customers based on the frequency of their visits problematic, adds Wise.

But the company's current rewards structure offers fewer opportunities to game the Foursquare system, says Wise who is certain that with more than 19,000 check ins to date his efforts are paying off.

Know thy customer.
To attract more customers, San Francisco-based clothing boutique Marmalade recently began offering a 10% discount to anyone who "checks in" at the store. Currently, the "mayor" gets a 20% discount. 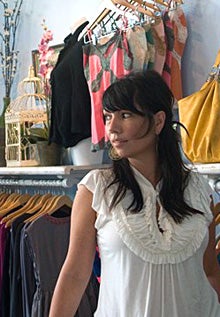 So far, Marmalade owner Hope Colling says she's only had limited success -- noting that her shop is located in a more mature neighborhood and Foursquare tends to attract younger users. But Foursquare isn't just helpful for ringing in sales, she adds.

"It's a great way to track my customers," says Colling who notes that being able to see who's checked in and when has helped her build on the insight she gleans from customers she regularly polls on Facebook.

Not only can she now reward customers for loyalty with advance notice of new arrivals, sales and discounts, but she’s also looking forward to being able to track the effectiveness of her new Foursquare discounts. "It's sort of like a filtering tool for us," Colling says. "For my business, it's amazing."

Related: How to use Facebook Places to boost business

Strength Seen in Intra-Cellular (ITCI): Can Its 9.8% Jump Turn into More Strength?