At the SBA, New Challenges Lay Ahead

By Diana Ransom August 12, 2011
Opinions expressed by Entrepreneur contributors are their own. 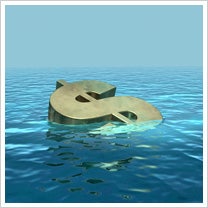 Small-business lending is soaring at the nation's banks, but, as the government's latest debt troubles wear on, future loan recipients may face added hurdles.

Buoyed by federal stimulus measures that cut fees and guaranteed up to 90 percent of certain loans, the nation's banks in 2010 authorized a record in Small Business Administration-backed loans. While 2011 has so far followed suit, the SBA faces challenges both financially and legislatively that could not only derail its flagship 7(a) lending program, but also undermine other key programs.

Related: How to Find an Angel Investor

Despite losing the stimulus incentives in 2011, making SBA loans has remained attractive to many of the nation's banks.

In July, big banks -- with $10 billion or more in assets -- saw approval rates for small business loans increase to 9.8 percent, from 8.9 percent the month prior, according to Biz2Credit's latest Small Business Lending Index, an analysis of 1,000 loan applications. Similarly, the Index showed smaller banks were also green lighting more small-business loans with approvals at 44.9 percent last month, compared with 42.5 percent in June.

But thanks to this enthusiasm, the SBA could feasibly exhaust its 2011 funding cap of $17.5 billion before the fiscal year ends, says Rohit Arora, founder and CEO of Biz2Credit, a New York-based online credit platform that connects small businesses with credit options.

However, the SBA in late July offered a stop-gap measure that would help shore up more cash for the agency to continue to guarantee small-business loans through September. To stay under its lending cap for the current fiscal year, the SBA plans to use the funds from canceled loans. That would give the agency another nearly $2 billion to continue to back loans until the next fiscal year starts on Oct. 1.

Related: Crowdfunding Could Be the Answer to Your Cash Woes

But, of course, other challenges remain. There's still a question of whether Congress will agree to fund the SBA going forward. Given the country's current fiscal woes, how much taxpayers pay for everything from earmarks to entitlement programs to federal agencies will likely come under scrutiny by the recently named debt panel.

Added obstacles may arise if a new bill threatening to combine the SBA with the Department of Labor and the Department of Commerce gains steam. Critics of the measure entitled "Department of Commerce and the Workforce Consolidation Act," which was recently introduced in the Senate by Richard Burr (R, N.C.), claim that it would further hamper federal programs aimed at aiding small businesses. The SBA said it doesn't comment on pending legislation.

How might your business feel the pain if the SBA lost its funding? Leave a comment and let us know.