By Mikal E. Belicove September 15, 2011
Opinions expressed by Entrepreneur contributors are their own. 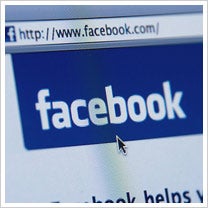 If your goal is to boost engagement on your Facebook Page, you might not want to invite a third-party API (application programming interface) to your online get together.

Using third-party tools like Hootsuite, Sendible, Shoutlet and Postling to schedule and post content to your Facebook Page can actually decrease your likes and comments by 80 percent, according to a recent study conducted by Applum, a Port Orange, Fl.-based web development firm that developed a Web app called EdgeRank Checker, an algorithm that ranks such things in the Facebook News Feed.

Applum contends that Facebook punishes users of third-party APIs by killing their EdgeRank, which incidentally is also Facebook’s name for an algorithm that powers its News Feed to display relevant content. And since Facebook Pages with high EdgeRank scores are more likely to show up in the Facebook News Feed than those with low scores, it does appear that Facebook is being punitive in this regard.

But before we get to the results of this study, there are two things you can derive from the Applum report: First off, you should keep in mind that EdgeRank Applum has a dog in this fight. Secondly, it wouldn’t be at all wise to write off third-party APIs just yet.

In the study, Applum looked at the number of Likes and comments that were attached to the million or so updates offered on more than 50,000 Pages, which carry sway over more than one billion fans. The company found that those using third-party APIs experienced a less than one percent level of engagement.

Applum claims that Facebook purposely reduces the weight of content created through the API, thus increasing the value of content created within Facebook. That action, in turn, bounces Facebook’s ad impressions upward. So when a third-party API has several updates within your feed, Facebook collapses those updates, displaying only one. In addition, scheduled or automated content updates -- an advantage of using a third-party API -- are unpredictable, Applum suggests, adding more problems to using such a vehicle.

Instead, entrepreneurs with Facebook Pages should post directly on Facebook or use a Facebook app in order to achieve the greatest engagement and conversion with their buying public, suggests Applum. Though, the company doesn’t say to go out and dump your third-party APIs. It does suggest shying away from such tools when updating your Facebook posts.

One of the benefits of using third-party tools like Hootsuite is the ability to schedule posts to cover non-business hours, or to have a methodical means of staying on top of posts for many different Facebook Pages. Managing a multitude of messages is difficult under the best of circumstances, and calendaring via a third-party API makes it less of a juggling act.

For its part, Hootsuite says it is aware of Applum's report and are analyzing its contents for relevant takeaways. "As a member of the Preferred Developer Consultant (PDC) program, we’re in touch with Facebook concerning their algorithm and how we can continue to improve our product," Hootsuite CEO, Ryan Holmes, told me in an interview earlier today.

What’s been your experience of posting from a third-party tool vs. Facebook? Leave a comment and let us know.