By Carol Tice September 28, 2011
Opinions expressed by Entrepreneur contributors are their own. 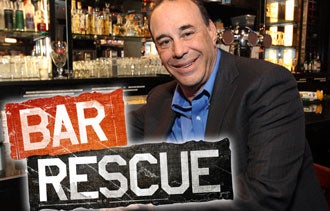 The final two episodes of the Spike TV show Bar Rescue show two struggling bar owners who have to confront a tough problem: The names of their establishments aren't cutting it.

Sometimes, tough as it may be to hear, your business name or even your overall concept is wrong from the start. But sometimes, the only way to save it is to start over -- even if it means changing the name of your business. This season's final episodes, which aired the past two Sundays at 10 p.m., EST, profile two bars in big trouble -- The Canyon Inn in Yorba Linda, Calif., and Angry Ham's Garage in Framingham, Mass. Both have troubled concepts that are holding the business back.

The Canyon Inn sounds like a hotel, but it's not -- it's just a bar and restaurant. The bar keeps getting calls about how much the rooms cost, but owner Pauly Ambrus isn't grasping that the name is a problem.

When bar expert Jon Taffer points out the obvious, Ambrus doesn't want to hear it. As part of a complete makeover of the bar, Taffer changes the name to the Canyon Saloon. Presto! Traffic goes up, and the calls about renting rooms stop.

But Ambrus changes it back a few weeks later. Unsurprisingly, when the Bar Rescue crew check back a few months later, the initial sales bump the show gave the bar has evaporated. The outlook isn't good.

The other bar starts in even worse shape. A 'ham' is a derogatory nickname for someone from Framingham, so the name Angry Ham's Garage is a slap in the face to the whole town. Also, the bar is in a former garage, and still looks like a garage from the outside, complete with oil-change ads in the windows.

The bar had three original owners -- but one is a former hockey player with a DUI on his record and a reputation as a brawler. The bar is full of signs that indicate it's a rough place, such as "We don't call 911." Perhaps unsurprisingly, when Taffer arrives, one of the owners, Tim Hanna, has just sold his car so he can put more money into the failing bar.

At first, Hanna rejects the idea of a name change. Then he seems to approve after Taffer revamps the bar and renames it Octane. The new concept pays tribute to the site's past as a garage, but makes it clear it is now a bar and grill, with pictures of food and cutlery on the outside of the building.

The TV show ends on an up note, but there's an epilogue: A few weeks after the TV crew departed, the original name crept back in, becoming Angry Ham's Octane Bar and Grill. Much of the new decor was removed, too.

I think these entrepreneurs missed a major opportunity to transform their business but only time will tell. I hope they do an update on all the bars visited this season when next season kicks off, so viewers can see what happened after the bars' 15 minutes of fame ended.

Would you change your company's name if you thought it could give your business a boost? Leave a comment and let us know.