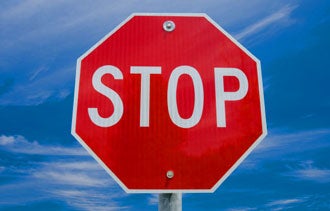 A major franchise group is speaking out against efforts to update union election rules, saying such a move could "effectively silence" employers during organizing drives by shortening the time between signature gathering and elections.

The International Franchise Association says the shortened timetable could lead to "ambush elections" and is working with Coalition for a Democratic Workplace, an alliance of organizations, to protest proposed National Labor Relations Board rules.

To emphasize its concerns, the IFA on Wednesday hosted a webinar on its site to alert members to NLRB proposals that it says could prove troublesome for franchise businesses.

The IFA, which represents more than 1,200 franchise businesses, last week issued a release praising new Republican-backed legislation that the group said would "rein in the National Labor Relations Board."

The franchise group asserts the NLRB is now trying to use executive action to put in place portions of a union-friendly bill that Congress failed to pass.

Last month, NLRB Chairman Mark Gaston Pearce defended the board, noting that it has issued more than 400 decisions since August 2010, finding for employers, employees and unions in different rulings. Some of the recent actions that have come under criticism, he said, aim to protect "worker free choice, promote collective bargaining and preserve labor peace."

The Coalition for a Democratic Workplace sees the matter differently, and complains that the election changes proposed a few months ago and several other recent NLRB moves would favor organizing efforts, constrain employers in responding to those efforts and erode employee rights to decide whether to join a union.

The dispute over NLRB actions is taking place in several arenas, including the courts.

The coalition last month joined a National Association of Manufacturers lawsuit to block a new NLRB requirement that employers post notices informing employees of their rights to organize. The U.S. Chamber of Commerce also has challenged the notice rule in court.

The NLRB last week said it postponed implementation of the rule for two months, from November to January, to allow for enhanced education and outreach to employers, "particularly those who operate small and medium sized businesses."