New Plan Asks Entrepreneurs to Sound Off on Immigration 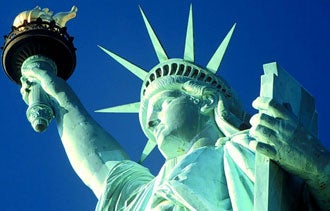 If you think our nation's immigration policy could use some tweaking to help stimulate the economy, here's your chance to give the Feds your opinion.

The U.S. Citizenship and Immigration Services, or USCIS, director Alejandro Mayorkas announced a new "Entrepreneurs in Residence" initiative this week aimed at fast-tracking visas for immigrants with the power to fund startups, start businesses, or provide critical skills we're short on.

The basic drift of the program: USCIS is recruiting industry experts and entrepreneurs to advise the agency on policy reform that might encourage immigration to our shores by investors, entrepreneurs and workers with specialized skills or knowledge.

The new initiative is the latest in a stream of revisions to the agency's visa programs this year. In May, USCIS proposed to streamline and speed up its EB-5 or USCIS Immigrant Investor Program. Then in August, the USCIS launched an information campaign aimed at improving immigrants' chances of landing visas to come to the U.S.

The latest program begins with a series of informational summits to get input. Then USCIS plans to create a team that includes entrepreneurs to shape new policy. Details about which entrepreneurs will participate and how the program itself will work are still unknown.

If immigration isn't your hot-button issue, maybe you'd like changes in the Food and Drug Administration's drug-approval process? In July, the FDA announced a similar "Entrepreneurs in Residence" initiative aimed at working with entrepreneurs on finding ways to cut the maddeningly slow approval timeline.

Sitting in meetings with federal agents probably sounds like a form of torture to many of you, but these entrepreneurs-in-residence programs are a chance to talk directly with people with the power to propose new policies. If you're passionate about one of these issues, here's your opportunity to make your mark.