Hotels That Rock at Social Media

By Shira Lazar November 2, 2011
Opinions expressed by Entrepreneur contributors are their own. 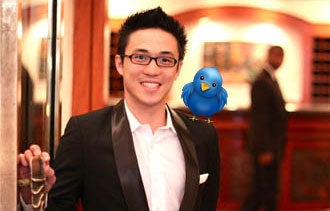 I'm friends with The Roger Smith Hotel. If you've ever stayed there -- and love social media, like I do -- you'd understand why. First, the privately owned boutique hotel in New York is a magnet for online influencers -- among others, Chris Brogan and iJustine stay there while visiting the Big Apple and Gary Vaynerchuk has hosted private events in RSH's space. Second, and most importantly, the hotel is truly social media focused. There's a content heavy blog Roger Smith Life and Twitter feed @RSHotel with more than 10,000 followers.

@RSHotel and I began following each other on Twitter about one year ago. During a recent last minute visit, I couldn't find a reasonably-priced hotel to book online and so I direct messaged my friend -- the Roger Smith Hotel, that is. After a quick response, not only did I book a room, I got a 10 percent discount, which the hotel refers to as its "social media rate."

Since the Roger Smith was so delightfully attuned to social media, I began to wonder about other hotels. After asking all of you over Facebook, Twitter and Google+, here's how five other hotels rock at social media -- and how you can too: