Shira Lazar
December 7, 2011 min read
Opinions expressed by Entrepreneur contributors are their own. 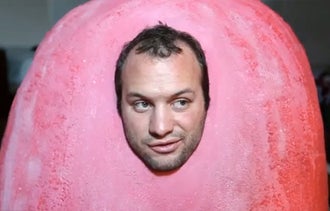 I first discovered Orabrush at the yearly YouTube conference, VidCon in 2010. It was hard not to notice their mascot, a goofy guy dressed appropriately as a tongue wandering among the YouTube stars, video bloggers and tween fans.

So you might be wondering how a tongue cleaner could break through the noise and use YouTube to boost online sales and get retailers Wal-Mart and CVS on board? Spokesperson, Austin Craig, gave me the lowdown on how they took their product from complete obscurity to 30 million YouTube views, 270,000 Facebook fans and 300,000 iPhone app downloads.