Back From the Ashes
Michael Dean
Relax The Back
Tulsa, Okla. 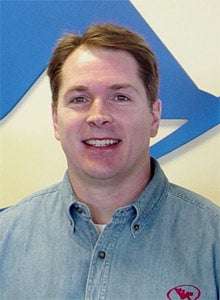 Michael Dean of Relax the Back
Photo by Mike Lee

On Dec. 6, 2006, the temperature in Tulsa was hovering around 30 degrees, and the snowplows had just finished clearing out the parking lot of the Eton Square Shopping Center, where our Relax The Back store is located. Then, one of our employees smelled smoke. A fire had started in a restaurant two units down from our store. While firefighters put out the blaze and there were no casualties, our unit--and much of our inventory, including beds, chairs, pillows and other ergonomic products--was destroyed from the water and soot.

Then we went to work to save Christmas. We negotiated with the landlord to take a new space in Eton Square, and over the next four days we moved all of the undamaged products there so we could reopen for customers. Our four full-time employees--many of whom have been with me for years--and I worked in shifts to keep the store open despite the fact that we had no utilities and it was very cold. Customers continued to come in off the street. We did our normal thing, and they almost didn't notice that there was all this mayhem going on.

We ended the month only 6 percent under our sales from the previous year. By 2009, our Tulsa store had grown to the No. 2 store in the country. The season and the store were saved because of the relationships we've built. Our employees and our customers stood by us and helped us rise from the flames.

We did everything right when my wife, Beverly, and I bought our first ShelfGenie franchise in late 2008. We had a solid business plan, a good cash flow and worked hard to get the word out. As a result, the Richmond area's response to our customized Glide-Out shelving systems was so good that our 2010 sales were up 27 percent over 2009. The time was right to expand into three more locations, so we went to the banks for financing.

Although our credit was good, we had double-digit increases year after year and they couldn't shoot holes in our business plan, we kept getting turned down. I spent a good five or six months talking to different banks. Then, out of frustration, I asked the advice of someone who has been a mentor to me for about 10 years. He had been in the loop during this process, and when he looked at our business plan and track record more closely, he and his partner, who invest in businesses, decided to give us a line of credit to fund our expansion.

At first, I didn't want to take money from him; I wanted to do it on my own. But he really believed in the concept. While the 10 percent interest rate was higher than the 6 percent I would expect from a bank, we were able to structure it as an interest-only loan for the first year, which helps with our cash flow because the payment is lower. We expect our sales to be up 35 percent this year with the new locations, and I should be able to pay off the loan within five years. So, while we're paying higher interest, other aspects of the deal are actually better than what we could have gotten with a traditional loan from a bank. 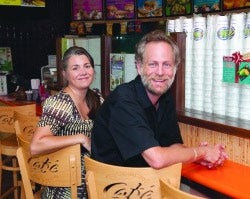 On a Thursday night in February 2010, I was a month shy of celebrating the one-year anniversary of purchasing my Tropical Smoothie Café franchise. That night, at the age of 38, I had a stroke and was rushed to the hospital. My wife, Paula, thought I was dying. At the same time, we had employees counting on us for their paychecks, and she knew she had to tend to that, too.

Paula called both the Tropical Smoothie headquarters and our friend and attorney Joel Nied. While Paula had no experience working in the franchise, it was our livelihood. Over the next days and weeks, she worked with a Tropical Smoothie representative and Joel to learn the business and keep it running.

The stroke left me with some physical challenges. Now Paula and I run our Tropical Smoothie franchise together, and it's growing. Of course I would like it to grow faster, but that will come with time. A friend told me once that if you devote 1,000 days to your business, it will give back to you for the rest of your life. We're almost at that three-year mark where the business turns the corner. In the meantime, we get to run our lives according to how we want, because we have our business.