From homework help to the inside scoop on professors, we examine how this textbook entrepreneur is staying ahead of the curve in the education market.

By Lisa Girard January 18, 2012
Opinions expressed by Entrepreneur contributors are their own. 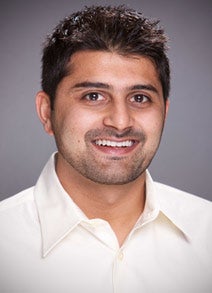 Aayush Phumbhra, co-founder of Chegg
Photo courtesy of the company

Newly arrived from his native India, Aayush Phumbhra was nearly broke as he began his graduate studies at Iowa State University a decade ago. He needed to save money and became an avid user of Cheggpost.com, which had been started that year by three fellow students to buy and sell textbooks and Iowa State merchandise.

"I realized (this concept) had the potential to disrupt the textbook market," says Phumbhra, 33, who teamed with the Cheggpost founders and helped take the concept national under the name "Chegg" (a combination of "chicken" and "egg") in December 2007. "Textbook prices have drastically outpaced the rate of inflation and are a huge pain point for college students. There was so much room to innovate and make a difference in the lives of students."

That difference is reflected both in price and flexibility at Chegg.com, which offers more than four million books in various formats. Take David Myers' Psychology, for example. Required reading for many introductory psychology classes, the book sells new on Chegg for $146.95. Students also can rent it for a semester for $40.49, get it in eTextbook format for $74.99, or buy a used copy starting at $85.49. Later, they can sell their copy back to Chegg if it's in "very good or better" condition.

Related: How Three Classmates Hatched a Hi-Tech Approach to Learning

A little more than four years after it went national, Chegg has become one of the fastest growing post-millennium e-commerce startups. Students on about 7,000 U.S.-based campuses shop for books at Chegg.com, and its other services are available to anyone who can access the site. In addition to Phumbhra, the senior management team includes former Yahoo COO Dan Rosensweig, whom the company hired away from Activision in 2009.

Growth Spurt: Chegg, based in Santa Clara, Calif., employs 350 people and has seen revenue surge the last few years, from an estimated $10 million in 2008 to $25 million in 2009 to $130 million in 2010, according to a variety of Internet sources. (Chegg doesn’t release numbers but did not dispute the widely circulated estimates.) "Chegg disrupted an industry and helped students save money when the economy was going downhill fast," Phumbhra says. "Timing and word of mouth helped grow our business." Chegg has raised more than $220 million in venture capital from such companies as Hong Kong-based Ace limited and Silicon Valley investment giant Kleiner Perkins Caufield & Byers.

Why it's Worth Watching: What sets Chegg apart from competitors like CampusBookRentals and eCampus is its expansion beyond textbooks and the college market. The company went on a buying spree in 2011, adding CourseRank, a site for sharing information about classes and professors; Cramster, a social site for homework help; Notehall, where students trade class notes; Zinch, a link between high school students and college recruiters; and Student of Fortune, a site where students can pose questions or post tutorials on a variety of subjects. Student of Fortune already has more than 300,000 users.

Why it Matters: The way young people from the millennial generation learn and connect is changing rapidly, and Chegg hopes to become the company they think of first when they need educational assistance. "We offer students help with selecting the right colleges, getting scholarships, picking courses and getting homework help," says Phumbhra, who earned his MBA in accounting and marketing from Iowa State in 2004. Giving back is also part of the company’s DNA, and Chegg knows that social responsibility matters to its millennial audience. As part of its Chegg for Good program, for example, the company plants a tree every time a book is rented. To date, five million trees have been planted around the world.

Looking Ahead: While Chegg's rise has been meteoric, it still reaches just 30 percent of the U.S. college market. That means there's plenty of room for growth, but competition is stiff, particularly in the e-textbook arena. There are Inkling textbooks for the iPad. Amazon has gotten into the act with digital textbooks for the Kindle. And students can shop on the websites of Barnes & Noble and other bookstore chains like TIS. Chegg also is feeling the heat from co-founder and former executive Osman Rashid, whose digital textbook company Kno raised $80 million in venture capital in 2009 and 2010. Kno’s users can access books from a tablet or PC and connect to each other through Facebook. Despite the competition, Phumbhra remains optimistic and committed to his mission. “Chegg is focused on its north star, the student," he says. "Chegg will keep growing if we continue to save students time, save them money and help them get smarter."

Tip to Stay Ahead of the Curve: Phumbhra suggests paying close attention to comments on your Facebook and Twitter pages to improve the business and make customers happy. "From the very beginning, Chegg focused on customer feedback to create an experience that was far superior to anyone else in the textbook industry," he says. "As a result, we have a tremendous net promoter score, which is a tool that measures the loyalty of a company's customer relationships, and glowing reviews from our customers."