By Brad Crescenzo
January 10, 2012
Opinions expressed by Entrepreneur contributors are their own. 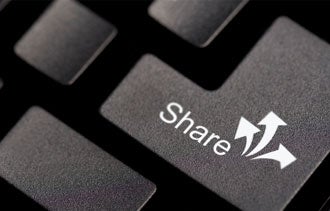 Social entrepreneurs use business ventures as a means to solve the world's most complex problems.

These days, a growing number of social entrepreneurs are building for-profit business models, bypassing government association and the confining structure of the nonprofit classification. In a number of states, including California and New York, entrepreneurs can now form so-called B Corporations, which allow company directors to weigh social missions over financial returns.

As a result, more tools are popping up to aid the socially conscious business owner. Here are five resources designed to help do-good entrepreneurs get their enterprises off the ground and into the black.

1. B Lab's "Impact Assessment Tool"
The nonprofit B Lab, founded in 2009, provides a host of information on its site and certifies companies as B Corps for an annual fee (the amount varies, based on a company's revenue). Its free Impact Assessment Tool helps companies assess their social or environmental impact and improve their performance, regardless of whether they ultimately seek certification. Examples of completed B-Reports are accessible on B Labs's site to help guide you in the creation of your own socially sustainable business. To date, there are 488 certified B Corps in existence.

2. Ashoka.org
Ashoka, founded in 1980, strives to make social entrepreneurs competitive in the global marketplace by granting fellowships to business leaders focused on social and environmental progress. Ashoka Fellows receive a living stipend, allowing them to work full time on their social enterprise. In recent years, Ashoka's budget has grown to $30 million, and the nonprofit has granted more than 2,000 fellowships. Along with its active work, Ashoka's site supplies free information and aggregates media from blogs to radio feeds.

3. New York University's speaker series
NYU's Catherine B. Reynolds Speaker Series focuses specifically on social entrepreneurs, and hosts some of the most successful public and private sector "change-makers" from around the world. If you're in the New York City area, the series is free and open to the public; if you're not able to make the event in person, past series are accessible via video download on iTunes free of charge. Past speakers include Seth Goldman of Honest Tea, John Mackey of Whole Foods Market, and acclaimed writer and Nobel laureate Elie Wiesel, representing the Elie Wiesel Foundation for Humanity. A number of universities host similar programs for entrepreneurs, including Northeastern, Cornell, and Stanford universities.

5. UnreasonableInstitute.org
The Unreasonable Institute, founded in 2009, partners with more than 20 impact-investment funds and foundations. The institute picks 25 entrepreneurs through a rigorous screening progress and puts them through a six-week training and mentoring program, designed to take their ideas from the concept phase to operation. Check the Institute's site for "Unreasonable.TV," currently in its second season, which follows participants as they develop their social enterprises. There's also a video interview section, profiling experts in the social business world, including Hewlett-Packard's Phil McKinney, social venture capital firm Ennovent's Charly Kleissner and investment firm Good Capital's Jane Anderson.