Snooki, 'Housewives' and the Reality of Celebrity Businesses

By Diana Ransom January 27, 2012
Opinions expressed by Entrepreneur contributors are their own. 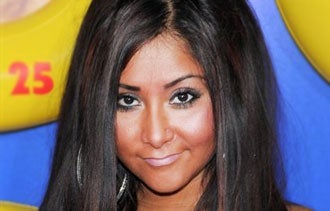 For reality TV stars who hope to turn their fame into lucrative business opportunities, the drama often continues after the cameras stop rolling.

Such TV personalities as Kim Kardashian, Bethenny Frankel, Snooki and cast members of the Housewives reality series have either inked licensing deals or created startups. While some have used their high profiles to strike business gold, others are running into trouble as they try to exploit their 15 minutes of fame. 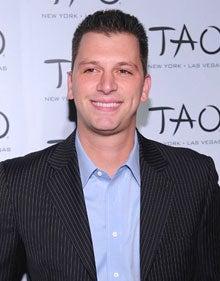 Albie Manzo and other members of the Housewives cast are being sued by a company in Vancouver.

Albie Manzo publicly failed out of law school on Bravo's The Real Housewives of New Jersey, but the 25-year-old's legal headaches didn't end there. In March, Manzo, who is the son of Housewives co-star Caroline Manzo, launched BLK Brands, which makes a bottled water drink called blk. The beverage contains fulvic acid, which turns water black and, according to blk. and other marketers, provides health benefits. Manzo, who runs the business with his uncle and brother, enjoyed some early success, but the business suffered what he calls an "annoying" blow last month.

Manzo, his brother Chris Manzo and his uncle Chris Laurita learned they were being sued by Creative Thinkers, a Canadian marketing company whose owner also operates Blackwater Innovations Corp., the maker of a similar beverage called Blackwater. Among other things, the Vancouver, British Columbia, firm claims Manzo and his family used their fame to popularize what Creative Thinkers contends is a false story about the development of blk. water. Creative Thinkers claims to have entered into a deal to produce black water with Jacqueline and Louise Wilkie -- the reality stars' business partners in BLK Brands -- before the sisters met Manzo and his family at a food show. The suit seeks unspecified actual and punitive damages, and Creative Thinkers also wants an injunction to stop sales of blk., according to the company's attorney Mark Litvack, a partner at Pillsbury Winthrop Shaw Pittman in Los Angeles.

"You never ever get used to or like seeing your name dragged through the mud in the press over something that isn't true," Manzo says. He also claims that people have written negative reviews about blk. simply because they don't like The Real Housewives of New Jersey. Still, Manzo acknowledges that his company has benefited from media attention. "The coverage we've gotten has been excellent," he says, adding that the company's launch party was featured on an October Housewives episode. Blk. water is now being carried by such grocery chains as Wegmans, Whole Foods and D'Agostino.

As Manzo's experience illustrates, fame is often a double-edged sword. Celebrities have long been offered lucrative licensing deals for everything from fashions to perfumes, and they often can launch a business more easily than the typical entrepreneur. But entrepreneurs who dream of a stint on, say, Bloomberg TV's TechStars or an Internet TV show should be mindful of the downside of instant celebrity. "Many overnight celebrities try to immediately capitalize on their star power by launching spinoff businesses and sometimes either go overboard or aren't savvy enough to sustain them," says Steven Le Vine, founder and president of Grapevine PR in Hollywood. "Other times, they are taken for a ride by opportunists and don't make any money or lose their own money."

Related: Are You Really in Charge of Your Business? 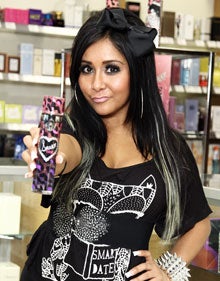 Nicole "Snooki" Polizzi is being sued by SRG Ventures for $7 million.

Like Manzo, Nicole "Snooki" Polizzi is facing business-related legal troubles. The Jersey Shore co-star and party girl filed suit in October to end her contract with New York licensing firm SRG Ventures, claiming the company failed to deliver on its promises. The firm had agreed to help her find marketers interested in creating such Snooki-branded merchandise as shoes and lingerie. SRG Ventures is countersuing Polizzi for $7 million, alleging that she sabotaged the agreement by negotiating other deals while still under contract with SRG. Snooki's publicist Stacey Wechsler says, "Polizzi disputes SRG's version of the facts and looks forward to her day in court." SRG founder Stephen Goodman referred questions to his attorney Robert Hantman who didn't respond to multiple queries. 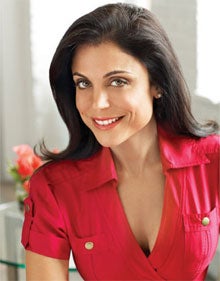 Bethenny Frankel earned a cool $120 million from the sale of Skinnygirl Cocktails to Beam last year.

How Polizzi's and Manzo's legal troubles shake out remains to be seen. But some celebrity entrepreneurs have managed to survive a courtroom brush or two. For example, Bethenny Frankel, the star of Bravo's Bethenny Ever After, dealt with a number of legal challenges, including one alleging that her company's Skinnygirl Cocktails didn't contain pure agave tequila as stated on the label. She also was sued by a former talent manager who claims Frankel owes him 10 percent of her proceeds from the sale of her company to spirits giant Beam Global last year. Frankel, who reportedly reaped $120 million from the sale, referred questions to her attorney Howard Weitzman, who would only say in an email response that Skinnygirl Cocktails "is one of the fastest growing spirit brands in the nation. It's clear these lawsuits are a result of her enormous success." 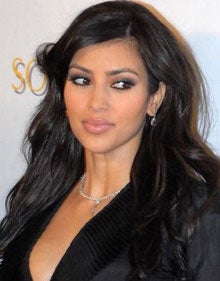 Kim Kardashian and her sisters who served as spokesmodels for the Kardashian Kard were sued by the card company after they cut ties with the prepaid card.
Image courtesy of Luke Ford

Then there's the case of the Kardashian Kard, a prepaid debit card, for which Kim, Khloé and Kourtney Kardashian served as spokesmodels. The stars of E!'s Keeping Up With the Kardashians withdrew their support for the debit card three weeks after the product's launch because of widespread criticism that the card's fees were "predatory." The Revenue Resource Group, which marketed the card, sued the reality TV stars for $75 million for alleged breach of contract, but the suit was dismissed last summer, according to Nathan Miller, the company's attorney. Michael Kump, the Kardashians' attorney, didn't respond to requests for comment.

Related: How to Protect Your Business from a Rogue Employee

So what's the secret to finding business success when you're in the public eye? Some reality TV stars "know how to work the media to their benefit and to exploit the attention to sell products," says Le Vine. "Because they started out in reality television -- rather than movies or scripted television -- people get the false sense that their lives are a bit more attainable and that they can be like them if they buy and use their products."

But being a celebrity can get you only so far because lasting success depends on business savvy and quality products or services, Le Vine says. "Just like regular entrepreneurs, many succeed and many do not."