By Carol Tice February 16, 2012
Opinions expressed by Entrepreneur contributors are their own. 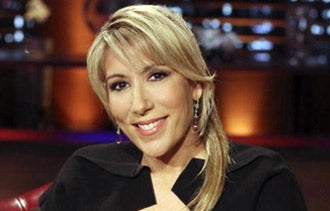 Most entrepreneurs I know are understandably excited about building their business. They're busy making deals, signing clients, adding new products.

And even though many business owners ultimately dream of selling their business and seeing a big payday, what happens if a buyout offer comes early -- while your startup is still on the launch pad? Are you ready?

On this past week's episode of ABC's Shark Tank, one inventor found himself with a $600,000 buyout offer -- and froze.

Shark Kevin O'Leary jumps in right away, offering $40,000 and pitching help to get Corti's product acquired by a maker of popular wine-preservation solutions. In exchange, O'Leary wants 30 percent of the proceeds if they make a sale.

QVC maven Lori Greiner (pictured), who recently joined the Sharks, counters with a buyout offer of $500,000. Would he be interested?

"Potentially," Corti says. But you can just see his head spinning at the unexpected opportunity to simply sell off the invention.

Billionaire Mark Cuban jumps in to partner with Greiner and up it to a $600,000 buyout offer if he'll agree on the spot. Instead of biting, Corti asks if he could get a 3 percent royalty in the deal. Cuban backs out.

Greiner offers $500,000 again, but Corti still hedges. The next thing he knows, the offer is $400,000 from Greiner and Cuban. Finally, he takes the lowest offer.

Obviously, few buyers would probably be as demanding as the Sharks in expecting an instant answer. But Greiner makes a good point on the show: Many promising deals are undone by too much dithering.

Many entrepreneurs think of their business as their baby, especially when that business revolves around a product they created. There's a lot of emotion involved in selling. That emotion can lead to missing a big opportunity for financial security.

After the TV lights dimmed, it turns out, Corti hung onto his baby and turned down the deal, Corti writes on his blog. So he walked away with nothing, after being offered $600,000, in hopes of making millions off the invention on his own.

Was it the right decision? Only time will tell. In my view, $600,000 in the hand is awfully nice compared with having to work in the business over what could be years to possibly make more -- or not.

Would you sell your business right now? Leave a comment and tell us what it would take for you to sell.