By Scott Shane March 27, 2012
Opinions expressed by Entrepreneur contributors are their own. 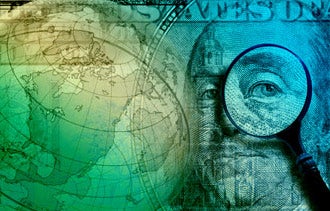 Mitt Romney's presidential campaign has brought private equity into the spotlight. Critics of the industry charge that it is bad for the economy. Private-equity firms, they say, simply buy companies, fire workers, chop the business into pieces, sell the viable parts and throw the remainder on the bankruptcy heap.

But careful analysis shows that private equity is just another form of entrepreneurship, with the firms profiting from finding opportunities to restructure businesses and generate value.

Few dispute that private-equity firms make money for their investors. One study of private- equity earnings by Bob Harris, a professor at the Darden School of Business at the University of Virginia, and colleagues shows that private-equity funds had returns 20 percent greater than investments in the S&P 500.

More controversial is how private-equity firms generate such high returns. The primary knock on these firms is that they make money by shedding workers. But who ever said we should judge business owners' performance by how many people are employed? Owners are supposed to maximize profits, which are revenues minus costs. And employees are a cost. Sometimes the best way to boost profits is to cut labor costs.

Think about what it would mean if we judged business owners' performance by employment levels. We'd have to conclude that Wal-Mart is much better run than Google. While both companies are worth roughly $200 billion, Google employs 32,000 people to Wal-Mart's 2.1 million.

We should also conclude that superstar entrepreneur Mark Zuckerberg is messing up big time at Facebook. The company is expected to be worth $100 billion when it goes public as expected later this year, roughly the same market capitalization as McDonald's. But Facebook employs 3,200 people to McDonald's 400,000.

Related: What Facebook's IPO Means for VCs and Entrepreneurs

Businesses make money when they are more productive than their competitors, and private equity firms tend to boost productivity. A study by Steven Davis of the Booth School of Business at the University of Chicago and colleagues found that productivity at companies taken over by private-equity firms was two percentage points higher than that at a control group of companies over the first two years after an acquisition.

Private-equity firms improve productivity, in part, by replacing workers. In an analysis of 3,200 companies between 1980 and 2005, Steve Davis of Chicago's Booth School and colleagues found that both job creation and job destruction are 13 percent higher at companies acquired by private-equity firms than at other businesses. Private-equity firms try to reallocate talent to more productive purposes. If they can't move existing employees to new jobs, they lay them off and hire new workers.

Related: What Private Equity Can Do for Your Company