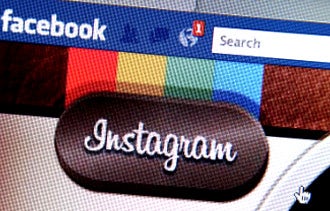 Photo-sharing app Instagram might not be the last technology startup social networking giant Facebook buys this summer. Where Instagram fills a need in Facebook’s efforts to improve photo sharing, the company is expected to buy up other small companies that compliment or improve its hold on the market -- especially before its IPO.

“As Facebook opens its kimono, so to speak, the company will no longer have the privilege of internal metrics, but will have to report to its shareholders and the public,” says Kushal Saha, a managing director of Cascadia Capital, a Seattle investment bank. “Facebook will need to acquire companies in addition to growing organically.”

Last week, Facebook agreed to buy Instagram for $1 billion in cash and stock -- or about 1 percent of Facebook’s presumed $100 billion valuation. While Instagram has yet to generate any revenue, the young company has developed an app that makes photo sharing fun and easy -- has more than 30 million users.

While Akhavan and Saha are reluctant to discuss specific startups Facebook might be kicking the tires on, both agree on the types of services are highest on its priority list: ad optimization, data analytics and ecommerce.

“They need to acquire companies that provide analytics for advertisers along with insights on users to help advertisers justify spending more and for them to charge more for ads,” Akhavan says. “It will continue adding companies that … increase its ability to monetize in mobile and get them into commerce.”

Facebook is said to be eying mid to late May for its blockbuster IPO. Until then, Facebook still has “plenty” of cash handy to make additional acquisitions as a private company, Akhavan says.

Which startups do you think Facebook should be looking to acquire? Let us know in the comments below.