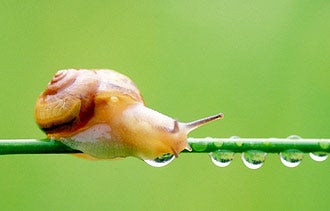 Small businesses, often hailed as the nation’s engine of job growth, are hiring at a much slower pace than they were earlier in the year, according to two employment reports released this week.

All businesses are hiring less: The private sector added 119,000 employees last month, down from the 201,000 jobs added in March, according to a payroll processor ADP. Of the jobs added in April, nearly 97% were in small- and medium-sized businesses. Only 4,000 of the April jobs were at large businesses, defined as those with 500 or more employees. About 58,000 jobs were from small business payrolls (defined as having up to 49 employees) and all in the service sector; the goods-producing sector actually lost 1,000 jobs. Meanwhile, 57,000 jobs were added by medium businesses (between 50 and 499 employees).

The April figures show the smallest increase in hiring among small business owners in seven months. Previously, small businesses averaged an increase of 102,000 jobs a month from October 2011 to March 2012, according to the ADP National Employment Report.

Meanwhile, a separate report that focuses on small businesses with fewer than 20 employees, echoed the slow in hiring. Financial services company Intuit, maker of popular software programs like QuickBooks and TurboTax, said small businesses added 40,000 jobs in April, fewer than the revised 45,000 jobs added in March.

In addition to its monthly employment index, Intuit added a Small Business Revenue Index, new for April. In its first iteration, the Revenue Index showed that small business sales are just now returning to levels of sales seen in 2007, before the recession began. Businesses in the scientific, technology and professional fields performed the best, with revenues topping pre-recessionary levels. The real estate and construction industries, however, continue to struggle.

Those small-business hourly employees saw their week shrink very slightly in April down to 24.8 hours per week, according to Intuit’s survey of 210,000 hourly employees. The workweek for hourly small business employees had been getting longer since early 2010, but over the last half a year has been pretty consistently shrinking.

Even as the workweek got shorter and small businesses hired fewer people, those employees that did have a job at a small business were paid slightly more in April (about $3 per month), continuing a trend that has existed at least as far back as 2007, according to Intuit. The average monthly pay at a small business was $2,680 in April, or about $32,200 per year.

The ADP and Intuit reports come ahead of the government’s highly anticipated jobs report on Friday. Employment numbers are scrutinized every month by economists and investors, but in an election year where the state of the economic recovery is being set up in the center ring, the employment reports are drawing close attention from Washington, too. For example, the office of House Republican leader Eric Cantor (R, Va.) pointed to the weak employment numbers from ADP as further evidence why his proposed small-business 20 percent tax cut was necessary.

Talk to us: Is your small business planning to hire? Are your hourly employees working more or fewer hours per month? Leave a comment below.