By Dinah Wisenberg Brin May 31, 2012
Opinions expressed by Entrepreneur contributors are their own. 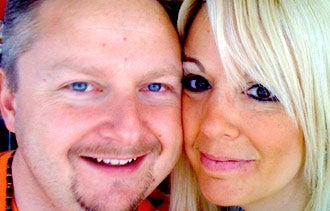 If you have an entrepreneurial itch but aren’t ready to quit your job or cash out your IRA, you may find another low-risk, low-overhead way to start a business.

Dustin Culton and his wife, Jennifer, of Omaha, Neb., did just that about a year ago, when they started Omaha Modern, an “intensive” part-time venture that netted them roughly $30,000 in the first year.

The Cultons’ business is based on their 13-hour round trip drives to the nearest Ikea store, in Minneapolis, to pick up furniture, placemats, flatware and other items with umlaut-bearing names for customers in Omaha and other Midwest cities far from the Swedish big-box retailer.

“The odds of Nebraska seeing a store locate here in my lifetime are virtually zero,” Dennis Culton says, citing a population that’s apparently too sparse for the retailer. “However, Ikea products are very stylish and have a high demand, even in markets without easy access to purchase them.”

Customers ordering directly from Ikea’s website don’t have as vast a selection as those visiting stores, and shipping costs can run higher than the product itself, Culton says, so his customers can buy more and potentially save significantly on shipping.

“We basically take the entire Ikea website and catalog and open it up to our clients,” he says.

For the Cultons, both 37 and working in the insurance industry, the business grew from their own trips to Ikea to buy items for their home. They initially made one trip a month to Minneapolis for customers and recently added a second. Dustin has made the last few trips without Jennifer, who recently gave birth. 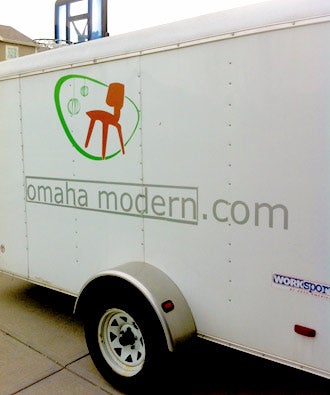 The couple pack their Omaha Modern trailer with goods from Ikea's Minneapolis location.

Culton estimates Ikea saw about $100,000 in sales from his business in the first year.

“In total over the past year we've had over 300 orders, so quite a bit of activity,” he says.

With a typical 30 percent to 35 percent pickup fee, Culton estimates the business has generated approximately $35,000 before expenses, $27,000 to $30,000 after. He estimates expenses amount to $400 per trip, excluding a monthly $400 vehicle payment. The trailer, which Culton had before starting the business, originally cost $2,000.

“Ikea has basically said they like that we do this, but we can’t use their logos,” Culton says.

Ikea spokeswoman Mona Liss told Entrepreneur.com: “Although the vast majority of Ikea’s sales happen in the store, we recognize and appreciate that customers far from Ikea stores want to buy from us." She added that Ikea is "working on meeting the needs of these customers by expanding our e-commerce range, reducing our e-commerce delivery prices and adding stores in new markets.”

The Cultons aren’t the only people running private businesses that deliver and assemble Ikea furniture, but it’s unclear how many make such long hauls. Last year the St. Louis Post-Dispatch profiled a couple who made similar runs from St. Louis to an Ikea in Chicago for their business, Expedite St. Louis.

As for Culton, “I'm one of those guys who has had several different ideas for products, businesses … and have always wanted to see one take off," he says. "I don't need to be rich from it, but be able to live off of something I love.”