By Shira Lazar June 15, 2012
Opinions expressed by Entrepreneur contributors are their own.

New York's booming tech and startup scenes could be credited to many things.

It serves as the headquarters for many noteworthy, burgeoning companies including Tumblr, Foursquare and recent Zynga acquisition OMGPOP. More importantly, however, NY startups have high-power politicians on their side.

NYC Mayor Michael Bloomberg has made it a priority to support the community -- from green lighting the expansion of university-run tech centers in the city to co-sponsoring Internet Week New York to hiring of a Rachel Sterne as the city's digital officer to launching the "Made in NY Digital Jobs Map." The city is no doubt redefining the importance and value of being "connected."

Recently, Bloomberg also added another hire to the city's roster by bringing in Steven Rosenbaum as the New York City Economic Development Corporation's first ever Entrepreneur at Large. Rosenbaum, an entrepreneur himself and co-founder of Magnify.net, a web video curation platform, was hired to be a translator in many ways.

"I listen to what the city is doing to encourage the startup economy, and then turn it into words that entrepreneurs understand," he told YoungEntrepreneur.com. He added that the back and forth goes both ways. "I listen to entrepreneurs and turn their needs questions and feedback into coherent, actionable ideas that the city can consider implementing."

To hear about how it's going so far, I sat down with Rosenbaum. Here is an edited version of that conversation: 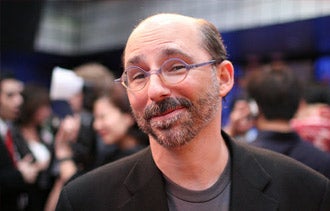 Why is entrepreneurship and tech important to NYC?
Tech is no longer just about servers and algorithms. It's about changing industries. So NY is fertile ground for a whole series of tech enabled industries. There's advertising tech, there's fashion tech, there's financial tech, media tech and more.

Related: What Do Etsy, GroupMe and Stamped Have In Common? An Eye on Design

What do you look for in startups to collaborate with and/or help?
First, I want to see an idea that has world changing potential -- an idea that can revolutionize an industry or have a meaningful impact on people's lives. Starting up is hard, so if you're going to take the risk, I want to believe that something amazing can come out of it. Second, I want to believe that the founders are passionate about the vision and not just chasing dreams of quick riches. And finally, the business needs to have a plan. There's no doubt that businesses will evolve and change, but entrepreneurs need to start with a business vision.

Why launch in NYC vs. Silicon Valley or even Los Angeles?
New York's diversity, population density and speed give it special magic powers. I've spent my career at the crossroads of storytelling and audience empowerment. So New York provides a great melting pot of real stories.

Your company curates web videos, what does that mean?
Curation is the discovery, contextualization and distribution of ideas in a customized fashion. As the volume of data on the web grows exponentially, people don't want more content, they want less. And that's the heart of the idea of curation: Too much information means we need human-filtered content.

How can young entrepreneurs use the idea of curation most effectively?
Pick a topic or focus that you can curate with authenticity and then narrow it down even more than you think. So if you love surfing, don't build a surfing site. Build a site about pro-surfing on the west coast, or amateur surfing in New Jersey or wild risky storm surfing. Whatever you love. Then, create a publishing schedule -- using a mix of created, contributed and curated content including images, videos, text and conversation. Make sure the site feels like the real time web -- with a twitter stream that invites new users to explore. The result is you'll have an effective content strategy and an opportunity to build an ecommerce opportunity or an ad-supported site.