Tristan Walker on Life After Foursquare

By Lyneka Little June 20, 2012
Opinions expressed by Entrepreneur contributors are their own. 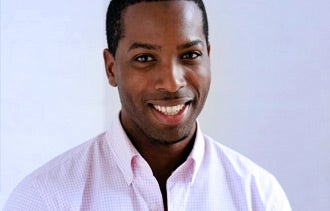 Few have managed to make a name for themselves in the quick-paced world of startups better than Tristan Walker.

Not only did the 27-year-old former Wall Street oil-futures trader land an internship at Twitter after working his connections, a few personal emails to the founders of Foursquare Dennis Crowley and Naveen Selvadurai led him to a job as the mobile check-in app's director of business development. That site recently launched a major overhaul -- focusing more on recommendations and location information than points and badges.

But Walker is leaving it all behind. Later this month, he'll take on the new role of entrepreneur-in-residence at the fabled venture-capital firm Andreessen Horowitz, which has invested in companies the likes of Zynga, Jawbone and Airbnb. He wants to parlay this latest post into his own company.

Doing what exactly is still unknown, but Walker certainly remains someone to watch. For more insight, we talked with Walker about the not-for-profit Code 2040, a program he founded to bring high performing African American and Latino students to startups in the Valley, and his new role as EIR. Here is an edited version of that conversation:

What makes the EIR position more appealing than just starting up?
Ben Horowitz is a fantastic mentor of mine and a great career advisor. Also, Andreessen is a top venture-capital firm. So having access to the company's network and its brain power for the next six to nine months could only benefit me in positive ways. Plus, I felt it would be good transition to allow me to think about what I want to create.

How did Wall Street prepare you for Foursquare and your next step?
It helped me realize what I didn't want. I grew up in a project in Queens N.Y., in a single-parent household and would joke around that I had one goal to be as wealthy as possible, as quickly as possible. That led me to Wall Street. There, I was the victim of bad culture, and I realized I wanted to create a great culture. Then I knew the best way to get there was through entrepreneurship.

Before the famous email that landed you at Foursquare, you used your network to get an internship at Twitter. What would you say is the importance of networking?
You don't get what you don't ask for. If you don't ask, then you don't get anything. I was fortunate to connect with people that helped me on my path. In the Twitter scenario, I reached out to 20 different people and the last person actually connected me. So, yeah, I'd say networking is important.

What are your best social networking tips?
It might be going on Twitter and tweeting to people that inspire you. It might be guessing the email addresses of someone you look up and sending a cold email. Folks that actually want something, get creative when figuring out ways to get it and it's never a one-size-fits-all situation.

What is the goal behind Code 2040?
We want to bring awareness to what's out there. Growing up, I wanted to be a basketball player because of Michael Jordan. I wanted to be an entertainer because of Russell Simmons, and I wanted to work on Wall Street because of people like Carla Harris. Who are those beacons in tech that kids can aspire to? By bringing the best and the brightest diverse minds here, you're inevitably building a larger demographic of folks for people to aspire to in Silicon Valley. Once that happens, you can create real change.

Have you experienced any unique challenges being one of the only African Americans in the Valley?
Honestly, not really. The one thing I love so much about the Valley or Palo Alto specifically is no one underestimates anyone else.

What is your greatest accomplishment?
I'm most proud of not knowing anything about the industry and coming in and changing it. People 20 years my senior can't defeat me because they don't know anything about this new industry and neither do I. That allowed me to be incredibly ambitious in everything that I did.

​​How Blockchain Ecosystems Are Giving Back To The Environment