By Lisa Girard August 14, 2012
Opinions expressed by Entrepreneur contributors are their own. 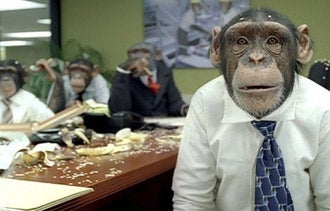 Skype meetings used to be a weekly ritual for InQuicker, a health-care IT company with offices in Nashville, Tenn., and Vancouver, B.C. "It had always felt a bit contrived to meet weekly," says company co-founder and CEO, Michael Brody-Waite. "I think it hurt morale to place what is essentially a giant productivity speed bump in the middle of every work week. When we really thought about it, there weren't too many issues coming up in our weekly meetings that needed everyone's attention."

InQuicker finally changed the meeting schedule to once a month and began using Google Hangouts so that 10 people can share the screen in a less formal setting. That made everyone happier—and more productive.

Related: 7 Ways You're Wasting Time and Don't Even Know It

InQuicker is not alone when it comes to dysfunctional meetings. For many businesses, routine meetings can lack focus and a clear agenda and end up wasting time and boring people.

"The last thing a meeting organizer wants is their attendees to be sitting in a conference room or on the phone wondering what the meeting is for, why they were asked to join, or what the output will be," says Kathryn Hammond, owner of BlueSpire Strategic Marketing, a Minneapolis-based marketing company. "If a meeting doesn't have a defined agenda and concrete next steps, I can almost guarantee you will see people playing with their phones or hear people typing in the background."

Here, seven deadly sins to watch for in business meetings -- and tips on how to redeem yourself.

1. Meetings that become useless rituals. Companies frequently meet simply because it's time for their weekly, monthly or annual sales meeting. "Meetings that are ritualistic instead of necessary are often boring, and attendees eventually flip an 'off switch' in their brains," says Joe Calloway, business strategy consultant and author of Becoming A Category of One (John Wiley, 2003).

Tip: First, reexamine your routine. "Do not have a meeting unless you can very specifically define why it's necessary and how it will advance the strategy of the organization," he says. Also, create a specific agenda and send it out early enough for people to prepare.

2. Meetings that are a one-way conversation. People often tune out monotone lecturers and mind-numbing PowerPoint presentations. "A one-way speech is generally one of the least effective ways of teaching, informing or motivating people to action," Calloway says.

Tip: Encourage your team to speak up, exchange ideas and comment on what they've heard. If you show PowerPoint slides, make them visually interesting and keep words and numbers to a minimum.

3. Meetings with lax leadership. In today's "virtual" conference rooms, time is often wasted waiting for people to join the call and then getting stragglers up to speed on what they missed. "This punishes the people who joined the meeting on time with the likelihood you'll run over, leaving employees stressed out playing catch-up on the rest of their day," says Gary Bradt, business strategy expert and author of The Ring in the Rubble (McGraw Hill, 2007).

Tip: Choose a leader who is organized and forceful, leaving latecomers to catch up on their own. "Use tact, of course – you don't have to be Attila the Hun – but if you're too nice, it allows too much nonsense to go on," Bradt says.

4. Meetings that harp on setbacks instead of strategies. One of Bradt's clients spent 95 percent of each meeting having plant managers explain why their numbers weren't up to par and only 5 percent planning future strategies. Not surprisingly, Brandt says, everyone came out of the meeting with a long face.

Tip: Use the past as a platform for understanding and planning future actions, not "a battering ram to beat people up," Bradt says. The collective brainpower in the room should be used to avoid mistakes going forward.

5. Meetings that disrupt the most productive hours. Many companies hold meetings in the morning, interrupting employees' most productive hours, says Jackie Freiberg, co-author of Nanovation: How a Little Car Can Teach the World to Think Big and Act Bold (Thomas Nelson, 2011).

Tip: Schedule meetings in the afternoon, when escaping the cubicle can be a welcome relief.

6. Meetings that are held in a bland environment. At the vast majority of meetings, employees gather around a conference table and keep their gaze focused on the leader at the head of the table. Freiberg believes this format does little to stimulate discussion and creative ideas.

Tip: Take your employees on a "walking" meeting in the park or just around the building and parking lot. "When you're not eye to eye, you have the guts to say certain things," Freiberg says. "And when walking, you look at the world differently, which stimulates fresh ideas."

7. Meetings that are too formal and rigid. Few meeting leaders have a sense of humor. The result is a room full of bored, restless employees, says Eric Chester, author of Reviving Work Ethic (Greenleaf Books, 2012).

Tip: Break up the meeting with music, a video, jokes or an engaging story, Chester says. "In the age of YouTube and iTunes, there's simply no reason to not inject a bit of levity in a meeting to gain attention, disarm negativity and generate enthusiasm."

Related: Can You Be a Tough Boss without Being a Jerk?