By Gwen Moran
July 31, 2012
Opinions expressed by Entrepreneur contributors are their own. 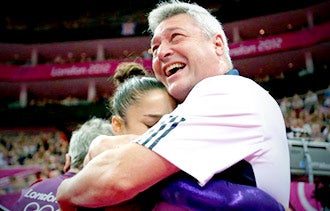 Just as Olympians need great coaches to reach their highest potential, your high-performing employees need coaching to do the same. As a harried business owner, you may not think you have the extra time to invest in your best workers, or that you even need to. But the reality is you can't afford to overlook them, says Michael Lardon, a sports psychiatrist based in San Diego, Calif. Carefully cultivating your superstars, instead of just dictating how you want things done, can eliminate bottlenecks in productivity and put your business on the fast-track for growth. Here are coaching tips to get started.

Loosen the reins. Like elite athletes, high-performing employees need flexibility to exercise their talents, says Lardon. Give your top people the tools and training necessary to do the job, but don't discourage new ideas or improvements. If your best salesperson's conversational style is appealing to customers or if your warehouse manager has new ideas about staffing and management, give them the autonomy to bring fresh approaches to your company.

Stretch, don't strain talent. In his book, Finding Your Zone (Perigee Trade, 2008), Lardon examines the importance of self-mastery in athletics and life. Just as you wouldn't send an athlete into a game without proper preparation, don't throw your best employees into sink-or-swim business situations. Instead, assign tasks and projects that stretch them, but don't overwhelm them. Completing a new task that increases skills or tests ability increases an employee's confidence and motivation. Conversely, if the task is too far beyond the individual's ability and ends in failure, self-confidence and engagement are often casualties of the experience, Lardon says.

Channel Socrates. When you tell someone he or she is doing something wrong, the response is often defensive and inhibits communication, Lardon says. Instead, use the Socratic method of learning by focusing on conversation and questions that lead to better awareness. Instead of saying, "You did that wrong," try "How do you think that went? Why do you think that? Are there other ways of doing it that could reach the outcome we want?" This allows the employee to reach his or her own conclusions and better analyze the situation without weathering negative criticism.

Set a series of goals. The best coaches set a big-picture goal, as well as smaller goals that focus on the process of how to achieve it. For example, Lardon works with an Olympic high jumper to focus on the three areas the athlete can control to do his best. To win a gold medal, the jumper would typically need to jump more than 7 feet, 6 inches, he says. Getting there requires proper acceleration toward the jump, liftoff at the optimum mark, and proper form to reach the highest vertical level. As the jumper perfects each of those areas (the process goals), he increases his ability to take home the gold (the results goal). Similarly, you can coach your high-performing employee to achieve the process goals necessary to ultimately land that big sale, or achieve some other big-picture business goal.