Can You Turn Your Passion Into a Profitable Business?

By Shiwani Srivastava August 16, 2012
This story originally appeared on Business on Main 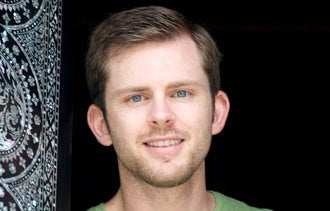 With unemployment seemingly stuck around 8 percent, entrepreneurship is turning into a long-term trend in the U.S. The 2011 Kauffman Index of Entrepreneurial Activity shows that, despite a slight drop in new business startups last year,  "U.S. startup activity remains above pre-Great Recession levels."

Chris Guillebeau, entrepreneur and author, taps into this growing cadre of aspiring entrepreneurs with his new book, The $100 Startup: Reinvent the Way You Make a Living, Do What You Love, and Create a New Future. Guillebeau sat down for an interview with Business on Main, offering tips for creating microbusinesses on a budget based on your passions and expertise.

Business on Main: Today, young people are striving to create their own job opportunities in an uncertain economy. How did you come to that decision for yourself long before this recession hit?

Chris Guillebeau: I’m not sure it’s only young people who are doing it now. Obviously, younger people get more attention because they’re having a harder time competing in the job market, so they’re forced to go out on their own. But I hear from people of all ages who are doing it.

As for me, I just wasn’t a good employee. I didn’t like working for anyone else, and I was essentially unemployable as a result. … So from the age of 19, I just found a way to earn my own living. It wasn’t very strategic in the beginning -- I wasn’t building a huge business. I was just doing anything I could do to pay the bills, and I learned as I went along. Eventually, I came to see entrepreneurship as a positive force for good and a way to change the world.

In your book, you talk about how entrepreneurs are often defined in terms of high-tech, VC-backed startups in today’s culture. How do you define "entrepreneur"?

Entrepreneur is a very broad term. There have always been entrepreneurs, and people have always worked for themselves. I used to live in West Africa, and in Sierra Leone, everyone’s an entrepreneur because there’s no formal employment as such. In lots of the developing world, you’re responsible for yourself, therefore you’re an entrepreneur.

In America, "entrepreneur" gets equated with Silicon Valley, angel investors and venture capital. But that’s just one story of entrepreneurship -- I have nothing to add or detract from the story, because I know nothing about it. What I know is this microbusiness revolution (businesses with five or fewer employees). That’s what I think of as entrepreneurship -- the low-cost, quick-to-market, DIY model.

Why do you think there’s a microbusiness revolution brewing?

Technology has a fair amount to do with it. It makes it easier to connect and identify with people based on shared values and ideals. At the same time, as technology has connected us, people have become very comfortable with online shopping through sites like Zappos or Amazon. PayPal has become so popular. What was once unusual is mainstream now.

What is the first and most important thing that people can do if they’re thinking about leaving a day job to pursue a passion full time?

Focus on how that passion is going to help other people. Focus on usefulness. Don’t think about innovation so much, but think about how you can serve people and really bring value to the world.

Chances are your mom and your friends aren’t your target market -- and when you ask them about your idea, they’re going to say, “That’s great!” But the question isn’t, "Is it a good idea?"

The question is, "Are people going to pay for it?" The only way to know that is to put your idea out there. So I would say as quickly as possible, go from a general idea to a specific idea and put it out there. That includes defining the product or service, the people it’s intended for, a means of getting paid, the offer or price -- all these things. In the beginning, the only answer is going to come from the marketplace itself. I can say what I’d be willing to buy, but I can’t say what other people would.

You talk about the value of creating a one-page business plan or 140-character mission statement to get started. Is that oversimplifying the process?

What I’m trying to counter is this prevailing paralysis that prevents people from taking action. What I hope will come out of the book is people taking action. I want people to start these micro-projects for themselves and make money. Even if it’s small amounts of money, it opens the doors to possibility and opportunity. That’s what these one-page business plans can help with.

You’ve been known to say that failure is overrated. What do you mean by that?

People always focus on it because they have this idea that you’re supposed to fail a lot -- you’re going to learn so much through failure and you must go through it before you’re going to succeed. So "failure is overrated" means that you might just succeed right off the bat -- why not? If you do fail, of course, you can learn from it. But I don’t necessarily think that you have to.

The other thing I’m hoping to do is help people think differently about risk and security … and think of entrepreneurship as the safe, conservative choice. If you’re not risking a lot of money and you’re going to market quickly but things don’t work out, is it really a big failure compared to borrowing huge sums of money or putting the money towards business school? That’s a risk in itself.

Chris Guillebeau is an entrepreneur, traveler and author of The $100 Startup and The Art of Non-Conformity. He is also host of the World Domination Summit, an international gathering of creative people, and an avid blogger whose site is visited by over 300,000 readers a month.