5 Ways to Use Your Network to Grow Your Business 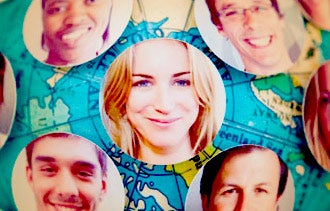 Have you ever sought advice from the people in a business network you belong to? If not, you are missing out on one of the secondary benefits of being involved in a networking group.

Sure, the primary reason you’re networking is to get referrals, but you also gain access to professionals in almost every type of business. Every good network can actually become a type of “mastermind” group that you can tap to gain more information and knowledge.

Here’s a story about how a simple request for advice led to much more. An owner of a small creative-services firm wanted to relocate across the country to a state with a more favorable business climate. But she became frustrated by her difficulty in communicating with government entities two time zones away. Her plans came to a standstill.

The business owner decided to approach a certified public accountant, who had recently joined her networking group, and seek advice. She provided a brief overview of her situation to the CPA, who turned out to be very knowledgeable and quickly identified what she needed to do to move forward in her new state.

That sounds like a happy ending, but it doesn’t end there. The owner of the creative services firm hired the CPA to help resolve her problems, then transferred all of her financial and recordkeeping functions to the CPA’s firm and referred at least three other business owners to her. In return, the CPA connected her with a major new customer. Surprisingly, all of this happened from a single request for expert advice from one member of a networking group to another.

Related: What to Look for When Hiring an Accountant

1. Before you ask for something, give something. It’s important to build some social capital with the people in your network before you start asking for favors. Seeking help from people before you’ve given anything is a little like trying to get a withdrawal from your banking account without having put anything in first.

2. Restrict your requests for advice to a person’s area of expertise. Otherwise, you risk putting a fellow network member on the spot and making him or her uncomfortable.

3. Don’t have hidden motives. If network members believe you are seeking advice as a subterfuge for promoting your services, they will not only be offended and unwilling to help you, but they will also feel less confident about your ability to help them.

4. Avoid potentially controversial and sensitive issues. This may sound like common sense, but if you delve too far into the personal, you could cause discomfort and damage the relationship.

Related: How to Start Conversations That Make Instant Connections

5. Don’t ask for advice people would normally charge you for. A quick question or two is fine, but don’t go too far. In the case of the business owner above, she was quick to recognize when to switch from soliciting free advice to enlisting–and paying for–the CPA’s services.