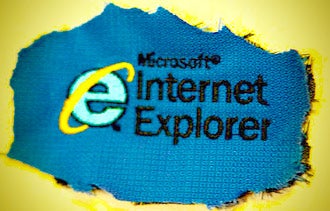 If you and your employees use Microsoft's Internet Explorer (IE), you may be at risk for having your computers taken over by hackers.

Microsoft has confirmed that hackers are exploiting a vulnerability in versions 7, 8, and 9 of the Internet Explorer browser. Microsoft said that it has received reports of a small number of "targeted attacks" that occur when an IE user views a site that's hosting malicious code. A hacker is able to add that code to your computer and remotely take control over it -- adding or deleting files, setting up new accounts or worse.

News of the attacks was first reported by Boston-based security firm Rapid7.

Microsoft says it is working on a security update to address the vulnerability. In the meantime, the tech giant advises users of the affected versions of the browser to implement several workarounds while it finds a permanent solution. Another option is switching to another browser entirely, such as Firefox or Google Chrome.

Meanwhile, Google has alerted IE users that, starting November 15, its popular Google Apps will no longer run on IE 8 or earlier versions of the browser. Google said the editions that will be affected include Google Apps, Google Apps for Business, Education and Government.

That means if you use IE to access Google's mail, calendars and other applications for business, make sure that you've updated your browser to the latest available version.

Related: What 'DDoS' Attacks Are and How to Survive Them