By Diana Ransom September 25, 2012
Opinions expressed by Entrepreneur contributors are their own. 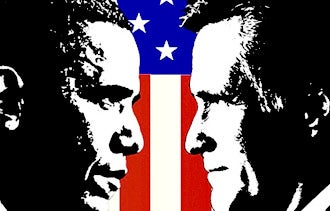 Between 'Obamacare' and the financial overhaul, this has been a big few years for new regulations -- and a nerve-wracking time for small businesses.

In May 2009, President Barack Obama signed into law the bipartisan credit-card reform legislation known as the CARD Act -- or the Credit Card Accountability Responsibility and Disclosure Act. In March 2010, Congress green-lighted Obama's signature health-care law -- the Affordable Care Act, which is expected to expand coverage to more than 30 million Americans. In July 2010, Obama ushered into law a financial reform bill known as the Dodd-Frank Wall Street Reform and Consumer Protection Act. In addition to creating a Consumer Financial Protection Bureau, which oversees consumer-financial products, the law gives the federal government new powers to rein in Wall Street.

Although these efforts are largely aimed at protecting consumers and preventing similar financial crises from occurring, some small-business owners are worried that burdensome rules could cause more harm than good. After all, complying with regulations often costs smaller businesses more than it does larger firms.

And concerns over regulation are the highest they've been in the past year, according to a recent small-business survey from the U.S. Chamber of Commerce. Forty-two percent of surveyed small businesses cite excessive regulations as a major concern, and 52 percent consider the issue a top threat to their business -- increasing 9 percentage points since last June.

Here's a look at how the candidates propose relieving those anxieties.

Former Massachusetts Gov. Mitt Romney
GOP presidential candidate Mitt Romney and fellow Republicans insist that Obama's regulation ramp-up is unprecedented and harmful to U.S. businesses. According to the Heritage Foundation, during the first three years of the Obama presidency, the addition of 106 major federal regulations added more than $46 billion per year in new costs for Americans. This, says the conservative think tank, is almost four times the number and more than five times the cost of the major regulations issued by former President George W. Bush during his first three years in office.

If elected, Romney says he would direct federal agencies to eliminate "Obama-era regulations" that he says hamper economic growth and job creation. Romney would streamline the issuance of oil-drilling permits to developers -- overturning the slowed permitting process installed by the Obama administration after the Deepwater Horizon disaster in the Gulf of Mexico. And he would reverse executive orders issued by Obama that favor organized labor over employers. Romney would further brand China as a currency manipulator and consider imposing duties on Chinese imports.

Related: Where the Candidates Stand on 'Obamacare'

"I propose a different course, a new course unlike any of our past. It will draw on the creativity and invention of the world's most innovative citizenry," Romney said in May at a speech in Michigan. "Government will be small enough for businesses to grow fast enough -- fast enough to exploit the global opportunities in our changing world, fast enough to create better jobs, fast enough to provide our children with a future brighter than our past."

President Barack Obama
An unabashed believer in the power of "good government," Obama has sought a number of regulatory changes over the course of his presidency. Besides those mentioned above, Obama has attempted to overhaul everything from air-quality standards to the U.S. Patent and Trademark Office. And though the cap-and-trade plan he initially proposed as president stalled in Congress, his current energy proposals call for halving oil imports by 2020.

Last January, Obama issued an executive order that called for a government-wide review of existing rules and regulations -- with an eye on doing away with those that may harm U.S. competitiveness and stifle job creation. For instance, the Small Business Administration in August introduced a single e-application for all 7(a) loans that could reduce the paperwork burden on lenders, which in turn impacts small-business borrowers. So far, the White House says more than two dozen agencies responded with regulatory reform plans, listing more than 800 initiatives.

"Regulations do have costs," Obama noted in a 2011 op-ed in The Wall Street Journal. "Often, as a country, we have to make tough decisions about whether those costs are necessary. But what is clear is that we can strike the right balance. We can make our economy stronger and more competitive, while meeting our fundamental responsibilities to one another."

Which candidate has the right ideas on regulations? Let us know in the comments section below.