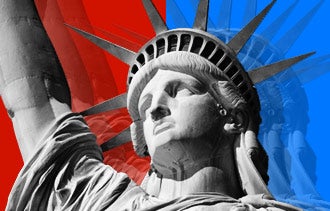 Small-business owners often depend on immigrant labor to run their companies, and many foreign-born entrepreneurs want to launch businesses here. That makes national immigration policy a prime concern for business owners in the coming election.

It's also a charged and divisive political issue. When the unemployment rate is high, many Americans see immigrants as a threat to their ability to find a job. Of the 38 million immigrants in this country, almost one third are here illegally, according to the Brookings Institution, a nonpartisan Washington, D.C.-based think tank.

When it comes to immigration, President Barack Obama and former Massachusetts Governor Mitt Romney divide over certain issues pertaining to workers, but converge over some policies related to foreign-born entrepreneurs.

For instance, Obama recently pushed through an executive order that allows young undocumented immigrants to receive work permits – an order hailed by some business groups as protecting businesses that employ them. The action is a temporary stop-gap measure in lieu of a more permanent fix, called the DREAM Act, which Senate Republicans blocked. That, and other steps the president has taken, appears to have given the president a dominant lead among Hispanic voters, according to a USA Today/Gallup poll.

Romney, in contrast, has suggested that immigration laws need to be improved and wants to toughen enforcement measure so that illegal immigrants are forced to leave the country, a process he calls "self deportation." Both he and Obama support using an e-verification system to identify workers as legal, which business groups say places too much of the burden on employers. "If employers hire someone without a card, or without checking to see if it's been counterfeited, then those employers would be severely sanctioned," Romney said during a debate in January.

Meanwhile, the candidates take more similar stances when it comes to foreign-born entrepreneurs. Both have called for changes to the EB-5 Visa program, which was enacted by Congress in 1990 to allow immigrant entrepreneurs to enter the U.S., provided they make investments and create or save at least 10 full time jobs within two years. In recent years, the EB-5 visa program has come under scrutiny for being abused: pseudo-entrepreneurs gain access to visas with shell business investments that either don't exist or fail miserably.

Here is a look at where Obama and Romney stand on the immigration issues that affect entrepreneurship most directly:

President Barack Obama
One of the President's objectives is to encourage highly skilled immigrant entrepreneurs to enter the country. Innovation-leading companies like Intel, Google, Yahoo and eBay all have immigrant founders. The U.S. Department of Citizen and Immigrant Services is in the midst of an effort to improve the efficiency of the EB-5 immigrant entrepreneur application process. The agency has already committed to making changes to the program, and has proposed accelerating the processing for shovel-ready job-creating projects and convening specialized regional application review boards.

According to Obama's Immigration Blueprint, a layout of his plans related to immigration policy, the administration supports the Startup Visa Act, which would grant visas to foreign entrepreneurs whose startups get investment from qualified U.S. investors. Further, those startups that create jobs and generate revenue would be able to apply for a permanent green card. The Startup Visa Act was proposed in both 2010 and 2011 in both the House of Representatives and the Senate but has not been passed.

While Obama enjoys support among the Hispanic community, he has gotten some heat from the sector for not being able to pass comprehensive immigration reform, as he promised he would in back 2008. In an interview on Spanish-language network Univision last week, Obama called his broken promise his "biggest failure."

Former Massachusetts Gov. Romney
While Obama and the Romney tend to go head to head over most issues, when it comes to bringing smart innovators and foreign-born entrepreneurs into this country, their viewpoints are similar: Let more of them in.

In particular, Romney says he will ask Congress to raise the caps on the number of visas given out to highly skilled immigrants, both nationally and country by country. Also, Romney says that any foreign-born student that gets a math, science or engineering degree from a U.S. university should be given permanent residency.

When it comes to allowing immigrant laborers to come into the country temporarily for seasonal jobs, Romney, like Obama, wants to streamline the H-2B visa process. Many seasonal or agricultural business owners say H-2B visa workers are the lifeblood of their operations, but that sponsoring them is currently a regulatory nightmare.

While Romney supports bringing skilled, talented and entrepreneurial immigrants into the country, he holds a hard-line stance against illegal immigration, including building a high-tech fence on the border with Mexico. The stance has hurt his stance with Hispanic voters, an important voting bloc when it comes to immigration, many polls suggest.

What immigration policy affects you the most? Leave a response below and let us know.