By Matt Villano April 24, 2013
Opinions expressed by Entrepreneur contributors are their own.

Forget business plan competitions. Scrap those incubator applications. Sometimes the best way to get a VC's attention is to do something unconventional.

From leveraging social media and other technologies to pounding the pavement with the likes of Brad Feld, here's a closer look at how unconventional marketing moves helped three businesses get ahead:

Use humor to stand out. It's safe to say that Ajay Mehta and Wesley Zhao joked their way into the prestigious Y Combinator program in Silicon Valley.

In April 2011, when the two were freshmen at colleges in the Northeast (Mehta at New York University and Zhao at the University of Pennsylvania), they applied for Y Combinator. They didn't think they stood a chance of getting in, so the young treps dealt with the frustration by launching a Twitter account specifically to poke fun at accelerator culture.

The account, @YC_Y_U_No, amassed a cult following of other young entrepreneurs. Thousands of people started following.

"Literally, we started it as a joke," recalls Mehta. "The next thing we knew, Garry Tan [of Posterous] retweeted us and [Malaysian blogger] Paul Tan followed us. All of a sudden we became a big deal."

With a meme in the making, industry publications started buzzing about FamilyLeaf. First TechCrunch, then Reddit, then even we featured them. The more people wrote about the company, the more Mehta and Zhao shared with the media, offering exclusives and tweaking their business plan along the way. They eventually won entrance to Y Combinator to work on their company FamilyLeaf -- a secure, Facebook-like networking platform for families dispersed around the world). 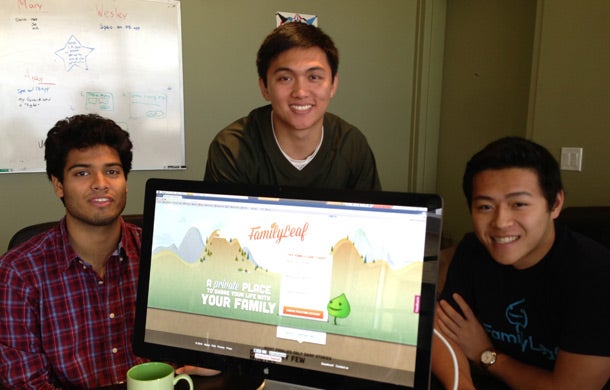 Looking back, Mehta, now 20, says he's not sure he would have done anything differently.

"Y Combinator looks for people who are scrappy and relentlessly resourceful. I guess by building the site and using it to get attention, we showed them we could play that role," he says. "In business, especially at the beginning, it's not always about the message but how you tell it and how you use it to get in the front door."

Treat people with authenticity. Reece Pacheco never considered it part of a strategy to Twitter-bomb Brad Feld, managing director at the Foundry Group and one of the most influential VCs in America. Instead, it just seemed like the right thing to do. 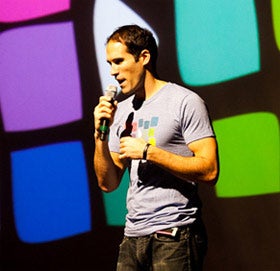 Wanting an in with Brad Feld, Reece Pacheco of Shelby.tv offered to go running with the VC.

Rewind to 2009. Pacheco was bootstrapping his New York-based video-aggregation company Shelby.tv, working nights as a bartender to support himself. One evening, he attended an event at which Feld was the guest of honor, but Pacheco had to leave early to get to his other gig on time. He was bummed, but also determined. Pacheco Tweeted Feld an offer to meet for a run the next day.

Feld tweeted back later that night, agreeing to meet Pacheco at 6 a.m. Pacheco, who tended bar until 4 a.m., killed a few hours and went straight to Feld's hotel. The duo went for a run and kept in touch. They got to know each other better through TechStars and have gone on a few runs together since.

Though Feld hasn't thrown money behind Pacheco's venture, he has helped spread the word about Shelby.tv on his blog. Mostly though, Pacheco says he considers Feld "a friend and mentor," and notes that Feld is giving with his time.

"We are all real people, with real passions and real lives. I just wanted to learn from someone who is really smart and accomplished. If I was disingenuous, I'd just be another creep looking to pitch a VC."

Let creativity reign. Of course nothing has generated interest among the VC (and entrepreneur) community like a series of about 30 mockumentary videos about a company called Vooza.

The company behind the videos -- a New York-based production startup named Fort Pelican -- is very real. Creator Matt Ruby, 39, launched the show as a way to build buzz and, at the same time, create serial content off of which the company eventually could sell ads and subscriptions.

"We wanted to create something people would talk about, but also build something sustainable," Ruby says, likening the campaign to a video comic strip. "I don't think we realized that it'd be a hit right out of the gate."

Related: What Is Vooza and Why Should You Care?

Ok, so technically creator Ruby didn't launch the spoof show as a way to land VCs' attention. Still, the company's strategy could be useful for other young treps trying to land investor attention.

How have you used creativity to help you stand out from the crowd? Let us know in the comments.