By Emily Meehan April 19, 2013
Opinions expressed by Entrepreneur contributors are their own.

Wedding planning is a popular entry point for aspiring solo entrepreneurs to break into the industry, since a planner doesn't need much more than some expertise, business cards and a website to get started in this lucrative slice of the love industry. Weddings represent a $51 billion market in the U.S., and couples are investing more in wedding planning services to make their special days unforgettable. Since 2009, spending on planners has increased 47 percent, from an average of $995 per wedding to $1,466 in 2012, according to market-research firm the Wedding Report.

With the number of wedding planners in the U.S. estimated at upwards of 20,000 by the Association of Bridal Consultants, some entrepreneurs are tapping niche markets to distinguish themselves in a crowded industry. Modern specialties range from day-of coordination for the bride-on-a-budget to exotic destinations and gay and lesbian weddings.

Here's a look at how three wedding planners have built thriving businesses in niche markets. 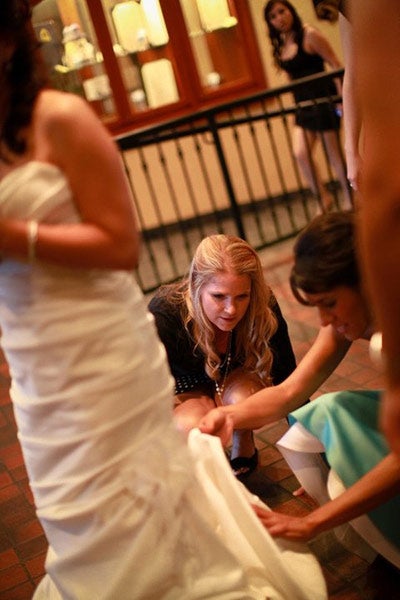 Helena Parker is like a wedding conductor on the big day but doesn't manage planning from the beginning.
image credit: Melissa McClure

Helena Parker caters to brides who don't want to spend thousands of dollars for a wedding planner but still need help. Clients hire her to deal with vendors in the final two weeks leading up to the wedding and manage the flow of events on the day, which typically requires about 20 hours of work. Unlike a full-service planner, she isn't involved in early-stage planning and doesn't help choose colors, flowers, food or music.

Parker's day-of rates start at $850 and increase depending on how much the couple needs coordinated in advance. Full-service planners charge an average of $3,500.

Related: Creating a Blueprint for Your Brand Strategy

A former bookkeeper and financial analyst, Parker started Divine Events in 2009. While planning her own wedding, she met a group of other brides-to-be and wound up attending some of their weddings as a guest or a quasi-coordinator. She became something of an expert on planning the celebrations, and because she wanted to spend time with her child, opted for day-of coordinating instead of the traditional full-service.

"Every wedding planner I know in San Diego is trying to talk people into full-service planning," Parker says, but she has been successful sticking to her lower-cost niche. After only four years in the business, she's planning an average of 17 weddings a year, thanks to positive word of mouth and Yelp reviews. 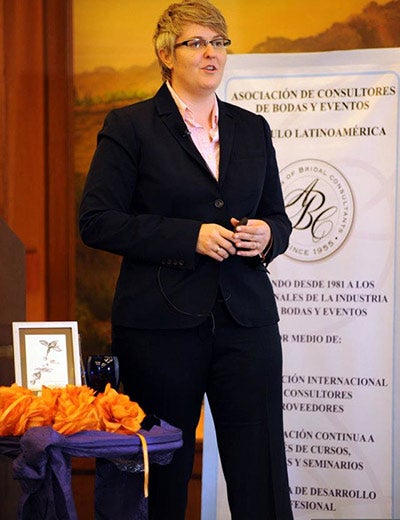 Bernadette Coveney Smith has expanded her gay wedding planning business to include courses on how to service the LGBT niche.
image credit: Antonio Del Valle

Bernadette Coveney Smith capitalized early on the same-sex marriage movement. When the Massachusetts Supreme Judicial Court ruled in 2003 that same-sex couples had the right to marry, she quit her job at a Boston nonprofit organization and launched her same-sex wedding planning agency, 14 Stories.

"I was 27 and idealistic, had done event planning for nonprofits, and I knew I had the skill set," she says. "I wanted to be a wedding planner and an advocate and pave the way."

It was a smart a bet. In 2008, Massachusetts legalized gay marriage in the state for all nonresidents as well, even if their home state didn't recognize it. The next year, Coveney Smith's business skyrocketed. She handled 56 weddings, up from 22 the year before, and revenue reached six figures. When New York began allowing same-sex marriage in 2011, she opened up shop there as well.

Related: The Secret to a Strong Branding Message? Focus.

Couples from other states and countries where same-sex marriage is prohibited book "elopement packages" in New York for $3,500 to $12,500 and in Massachusetts for $800 to $2,300, which include assistance in obtaining a marriage license. Coveney Smith has also positioned 14 Stories as uniquely equipped to manage the special challenges that same-sex couples face. "Straight couples seldom have to worry about family acceptance or discrimination [by vendors servicing their weddings]," she says. "Yet this is a very real concern for same-sex couples." 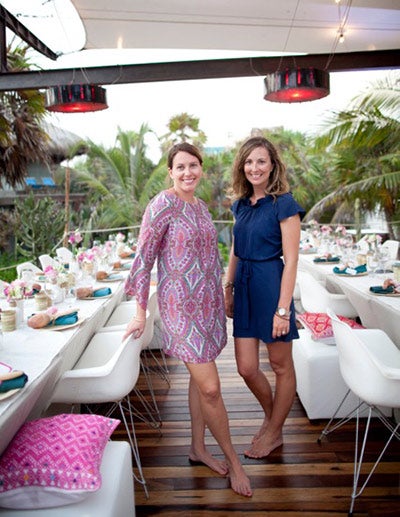 In 2003, when Alison Hotchkiss started planning weddings in exotic locales, the term "destination wedding" wasn't yet part of the lingo, and only three other U.S. planners specialized in lavish locations.

Today Hotchkiss handles 18 to 24 weddings a year, has four full-time staff members, six contractors and two offices, with a third opening soon in Zurich, Switzerland. It's proven to be a lucrative specialty. She charges a flat fee that ranges from $20,000 to $50,000 depending on the scope of the work.

"You have to roll with the punches and be malleable," Hotchkiss says. A strike in Mexico could disrupt transportation, for example, or generators might provide the only electricity in a rural town. She says identifying top-notch vendors in foreign countries and maintaining good relationships with them are key to pulling off successful destination events.

Related: 10 Questions to Ask Before Determining Your Target Market