By Taylor Hatmaker May 9, 2013
Opinions expressed by Entrepreneur contributors are their own.

This is the first in a four-part weekly series as I test Google Glass for personal and business uses. 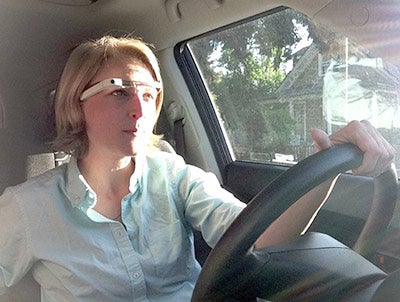 I was one of the lucky individuals who were invited to be among the first 1,000 non-Google employees to pre-order Google Glass -- Google's much-anticipated computerized glasses. They can take pictures and video, give you directions when traveling and even translate foreign languages. With Glass, Google is aiming to disrupt mobile technology and go beyond just smartphones and tablets.

I received my pair of Glass on Friday morning and wore them through Sunday afternoon, taking them off only to sleep. While it's too early to say whether Glass is set for mainstream adoption, here are my early impressions:

Out of the box: Light and easy to start using.
I first saw Google Glass demonstrated at this past summer's Google's I/O conference. This is my first experience handling and wearing the device. The first surprise out of the box was how light Glass is. It weighs about as much as a standard pair of sunglasses.

Putting it on, I didn't have the luxury of a Google Glass guide to sculpt the bendable titanium frame to fit, so it took about 15 minutes of fiddling to have it sit correctly on my face. The Glass display sits above the right eye and can be adjusted via a pivoting arm. It wasn't long before I forgot it was even there.

The experience looking into Google's custom Glass interface is like having a tiny TV overlay above your eye. You can easily make eye contact with others. To check the Glass display, you glance upward.

The screen can be activated via an upward head nod or by tapping the right side of the device. To get around the interface, it's all tapping and swiping with one finger (down, forward, back) on the side surface of Glass. Many actions also incorporate voice controls starting with "OK Glass" to do things like search Google or dictate texts.

Out and about: The social reaction.
I acclimated to Glass within about 20 minutes of having it on, though it took a little longer to get the Android companion app to pair properly to Glass. Once I was connected to my smartphone's mobile network, I headed out into the world. Over the 48 hours, I did everything from grocery shopping to driving my car to a cook-out.

People I encountered were as apprehensive as they were curious. Walking down the street in a busy shopping district, people stopped me to ask if I had that crazy Google product they'd read about and seen on TV. I live in Portland, Ore., which has a thriving tech and startup scene, so most people around me seemed to know exactly what they were but not what to do near them.

Related: From Battery to Camera to Wi-Fi: Tech Specs Released for Google Glass

That said, as much as Glass might be socially disruptive, it's also surprisingly socially unobtrusive. I was skeptical, but after wearing Glass regularly I found myself checking my Nexus 4 smartphone less and less. I could use Glass to receive social media updates and receive emails, so I felt at ease knowing that the information most important to me would appear literally right before my eyes. 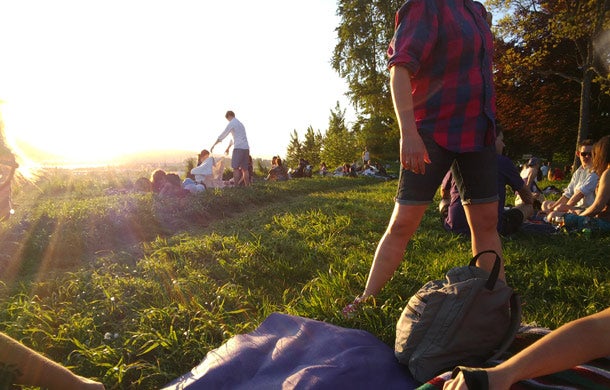 Initial takeaway: This is the beginning of something cool.
So far, I'm pleasantly surprised. As more developers dream up fun and useful apps, the platform should only improve. Notwithstanding its limitations -- for example, you can't properly browse a webpage yet since most web searches only yield a few lines of text -- the first iteration of Google Glass is refined, if a little socially precocious.

What really matters is what happens as the device is used by more people. Opening the Glass platform to more developers and creative minds should yield innovations well beyond what Glass offers today -- and that's the part I'm looking forward to most.