When Manufacturing in China, Face Time Can Be Critical

In this case study, costume company Revolution Dancewear put in the miles to improve its relationship with its Chinese manufacturers.

By Kelly K. Spors July 3, 2013
Opinions expressed by Entrepreneur contributors are their own.

The Challenge: In early 2011, Revolution Dancewear was quickly expanding its line of ready-to-ship dance costumes but was facing production problems. There were delays and quality issues — including costumes with crooked stitching. Costume-making's seasonality meant an eight-months-long production window. This caused its manufacturers in China to struggle with sourcing and high worker turnover. "The seasonal nature of our business was really putting stress on our providers and it was starting to impact our business," says Robb Lippitt, CEO of the Niles, Ill., dance apparel wholesaler.

The Fix: Lippitt determined that Revolution needed to partner more closely with its Chinese manufacturers to prevent production issues, maintain smooth relations and ensure quality-control. He started by building an internal team of product lifecycle experts whose sole duty was to manage relations with the Chinese manufacturers. That team now has three internal staffers and one contractor.

Through talks with its manufacturers, Revolution learned that consolidating production into the fall and winter for the busy spring recital season meant creating long periods of downtime in the summer, when workers would often leave for other work. Revolution addressed this concern by spreading its production cycle over the entire year, helping its manufacturers keep skilled costume makers year-round. It also extended the window for design development from four months to nine, eliminating the need for Revolution's internal staff of costume designers to rush. 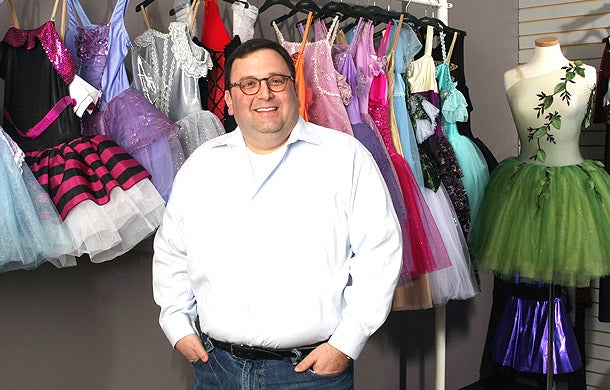 To improve communications, representatives from Revolution began traveling to China four times a year to meet with manufacturers, tour facilities and deal with any production issues. It now works more closely with its contracted Chinese translator to overcome any language barriers. Lippitt says it also began holding monthly videoconferences to take note of body language. Last year, the company introduced a vendor report card, which provides feedback to its Chinese manufacturers on several different metrics.

Partnering with its Chinese manufacturers has helped Revolution work more efficiently, Lippitt says. The company has avoided an estimated annual 10 percent increase in manufacturing costs partly because the Chinese manufacturers have saved money reducing worker turnover. Closer communications allows Revolution to more quickly implement changes to its manufacturing process. For example, last year the company wanted to change a costume design when it was already in the development phase. The manufacturer quickly sourced the new fabric and changed the design, even suggesting options for recycling the old fabric. Something that would have likely taken at least a month in the past only took the manufacturer a couple weeks. "That wouldn't have happened if they were less invested in our outcome," Lippitt says.

The transition to year-round manufacturing has required some adjustments. Revolution now has to keep inventory during the slow summer months, which means spending extra money to store it. But the benefits far outweigh the negatives, Lippitt says, and Revolution has tripled its annual revenue since 2010.

The Takeaway: Partnering with foreign manufacturers can make a company's own operations more efficient and cost effective.

This Couple Escaped Arranged Marriages in Pakistan. Now They Run a Brooklyn Shoe Brand Whose Revenue Went From $1.8M to $12M in Just 2 Years.