University-Backed Businesses That Put Students in the Driver's Seat

By Lisa Evans July 30, 2013
Opinions expressed by Entrepreneur contributors are their own.

Today’s aspiring-student entrepreneurs don't just want to read a textbook about entrepreneurialism, they want to get their hands dirty. Fortunately for them, universities across the U.S. are now giving them a plot to dig in.

To augment the concepts and skills students pick up in the classroom -- and meet the rising demand from aspiring college entrepreneurs -- institutions of higher education are giving ambitious students a taste of entrepreneurialism by allowing them to run their own campus businesses.

There's the University of Colorado’s Trep Café, which was started by undergraduate students in 2005. Georgetown University’s credit union is completely student run. The University of Massachusetts has a total of eight student-run businesses on campus including a copy shop and snack bar.

Further, at Chicago’s Loyola University, for example, students can choose to operate one of three campus businesses. There's the campus-based hotel The Flats at Loyola Station, a bike-rental and repair business called ChainLinks and Felice’s Roman Style Pizza are comprised strictly of undergraduate students seeking to gain practical knowledge of running a small business.

Related: Tune in, Turn on and Drop out: A Look at the Popular Thiel Fellowship 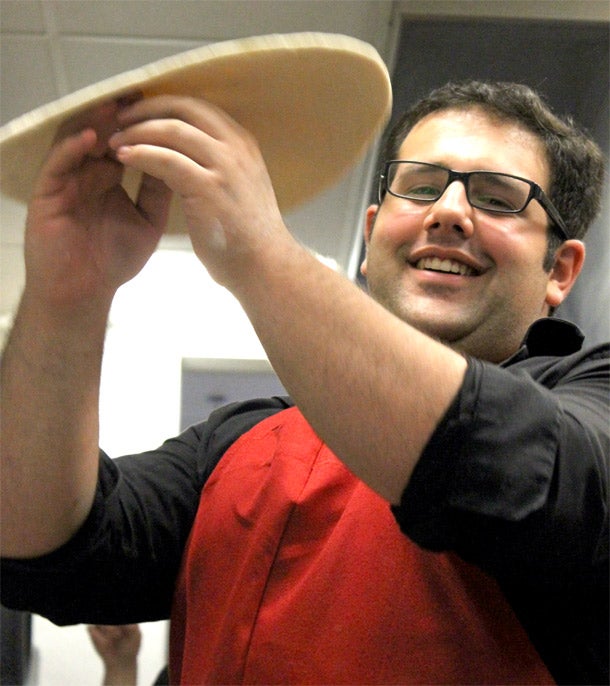 From hiring and firing to making long-term marketing plans and running the day-to-day operations, students shoulder much of the business's responsibilities. “We really try to make [the students] make all of the decisions,” says Jonathan Ferrera, assistant director of Loyola Limited, the property-management firm that supports Loyola's undergraduate student-run and managed businesses. The university provides a supportive role to these student-run enterprises, providing financial backing and access to professionals who can help them make strategic decisions. Students go through an interview process with Loyola Limited and are hired to work in paid positions with one of the three companies.

Vincenzo Sposito started out flipping pizzas in Felice’s Roman Style Pizza before working on the administration team as a finance associate and now heading into his senior year is the company’s president at 21-years old. “You read about this stuff in textbooks, but it’s a completely different experience when you’re making those decisions about an actual business,” he says. “Making those decisions, feeling the consequences of every decision you make; that’s something that can’t be taught. You have to experience it.”

Sposito also credits his time at Felice’s with influencing his course selection. A student of finance, Sposito says he added information systems to his studies to his course load. “I realized our databases needed some cleaning up and in doing that it helped me streamline what I wanted to study,” he says.

Though the experience has been fruitful for many students, the businesses themselves often struggle under their revolving cast of owners. “If you’re a small-business owner who has been working in the business for three years every day, you know your business up, down, left and right," says Ferrera. "Once these students [reach that point], they turn around and graduate, so it takes the businesses a lot longer to reach a point of profitability.”

Loyola has attempted to address the high turnover issue by rolling students through various positions in the companies to allow for knowledge to be passed down from predecessors. “The program’s ultimate goal is to have a student join us freshman year as a pizza artist at Felice’s and work themselves all the way to the president of the company their senior year,” says Ferrera.

Plus, the university is helping students avoid time-management issues by insuring students have clear job descriptions. At Felice’s, Sposito has an inventory manager, brand manager, store operations manager and customer relations manager. “Being able to spread tasks amongst everybody and making sure their responsibilities remain clear really helps out in the long run,” he says.

While Loyola has yet to see any students open their own business upon graduation, Ferrera says the experience gained in the program has resulted in greater job seeking success. “Our employment rate upon graduation is 100 percent,” he says. With most Loyola Limited alumni now only 25 years old, Ferrera thinks an entrepreneur success story isn’t far away.

Do you think programs like this help create entrepreneurs in the long run? Let us know why or why not in the comments below.

Lisa Evans is a health and lifestyle freelance journalist from Toronto.