If you want to be perfectly on trend in 2014, you might consider launching a Bitcoin-related startup in Austin. If you do, make sure you bring on plenty of executive-lady power, don't even think about taking your startup public, and be sure you have an aggressive, multi-channel social media strategy. Oh, and one more thing: Your company had best be working to save the world in some way.

At least that's what Dell's Entrepreneur in Residence Ingrid Vanderveldt thinks. Vanderveldt put together a handful of predictions on entrepreneurship for 2014. While some are newer than others, she believes all of them are poised to take off in a big way.

Vanderveldt lives and breathes entrepreneurship. In addition to her role at Dell, she is the founding organizer of the Global Leadership & Sustainable Success Forum and the CEO of both VH2 Energy Investments and Green Girl Energy. Vanderveldt also serves on the UN Foundation Global Entrepreneurs Council and has worked with members of Congress crafting entrepreneurship-related legislation. In her spare time, she's a professional skydiver. 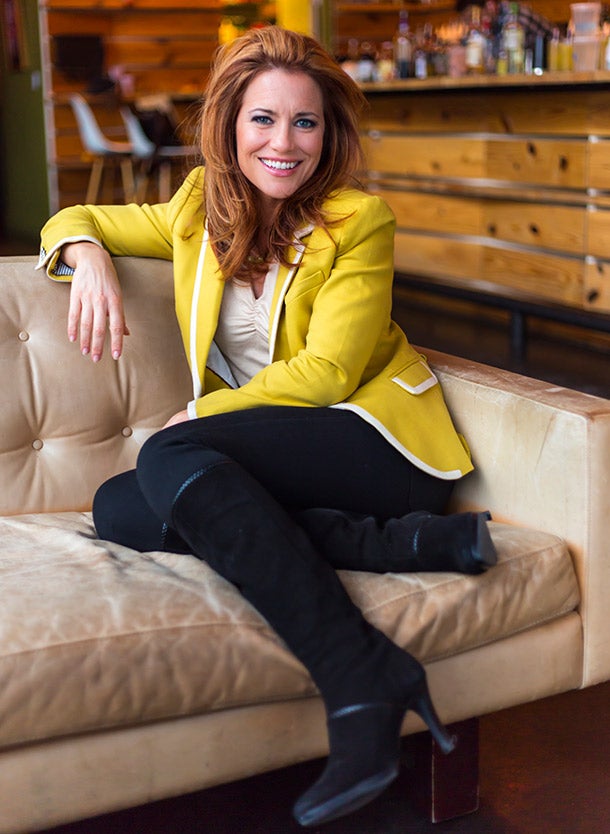 Here's a quick rundown of Vanderveldt's pick of the six top trends for the coming year.

1.  'Social media' means more than just Facebook. There was a time not too long ago when people who talked about social media were really just talking about Facebook. But with mobile phones having become almost genetically attached to our fingertips, the social-media world has grown to encompass Pinterest, Twitter, Snapchat, Google Plus and half a dozen other social media platforms. A recent survey from the Pew Research Center found that more than 7 in 10 internet users older than 18 use at least one social media site and 42 percent of online adults actually use multiple social media sites. If your company is only leveraging Facebook, you are missing out.

Related: 10 Trends for 2014: We Seek Imperfect, Human Moments. With Our Smartphones at the Ready

2. Companies are looking beyond profit. To bring and keep the best talent and customers, you are going to need to be about more than your own bottom line. Companies like Warby Parker and TOMS Shoes are obvious "do good" companies, but even bigger corporations are served by having a bigger mission beyond their bottom line. As Vanderveldt points out, Tesla's founder and CEO Elon Musk has said that his overarching goal is "to help expedite the move from a mine-and-burn hydrocarbon economy towards a solar electric economy."

3. The startup world is bigger than San Francisco and New York. Don't discount the middle of the country. Austin, New Orleans, Denver and even Detroit all have burgeoning startup scenes. And the benefit of launching in some of these lesser known entrepreneurship hubs? Startup costs are generally cheaper and there's less competition.

4. Better get used to Bitcoin. Cash money is so 1990s. With every other part of our life moving onto a screen in one form or another, our wallets are also becoming a series of 0s and 1s.  Digital currencies were once the chatter of tech-heads, but they are increasingly becoming the purview of mainstream retailers. The online platform that allows merchants to accept Bitcoin as a form of payment, BitPay, processed more than $100 million worth of transactions in 2013.

5. Venture carefully into 'IPO Land.' While investors may be pushing companies to go public, the mystical allure of having an IPO is becoming increasingly less popular. Answering to stockholders requires you to, well, you know, answer to somebody. That means that your startup immediately becomes less agile and short-term gains become more of a focus.

6. Bring in more ladies. While women have been pushing up against that glass ceiling for years, the pace with which they'll be taking leadership roles is about to explode. As Vanderveldt highlights, a law firm made up exclusively of lady lawyers just opened in Saudi Arabia.

Related: Why You Might (Still) Want to Consider Launching in Detroit