While business owners often grumble that America boasts some of the highest corporate tax rates in the developed world, an infographic compiled by the Tax Foundation -- an independent tax policy research organization -- shows that state-to-state rates vary rather drastically.

Six states levy no corporate income tax at all -- though, of those, Ohio, Texas and Washington offer gross receipts taxes, or a tax on total gross company revenues, instead.

From this perspective, business owners residing in Nevada, South Dakota and Wyoming may get off easiest, having to pay neither kind of tax, according to the organization.

Related: Bet You Won't Guess the Happiest State in America

But who’s the worst off? Iowa, at the top of the list, levies a corporate income tax rate of 12 percent -- though it does allow for deductibility of federal taxes paid, according to the foundation.

For a collective look at all our nation’s rates, check out the infographic below: 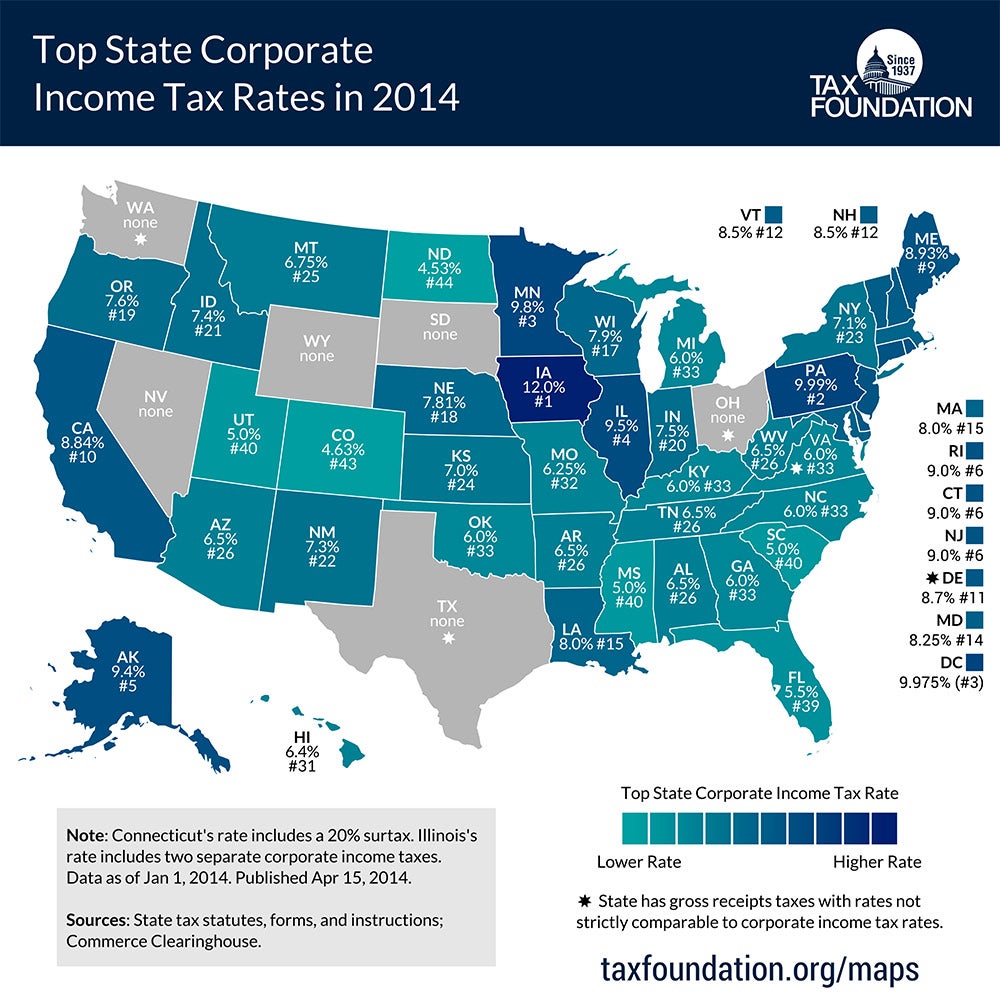 What did Levi's answer about the accusations of cultural appropriation in Mexico?

How to protect your money from inflation (Infographic)

What to do if you get an 'extra little money'?