By Diana Ransom
February 23, 2012
Opinions expressed by Entrepreneur contributors are their own. 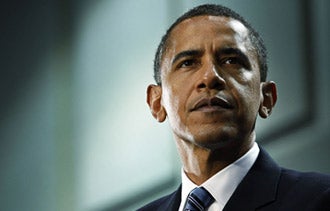 Should President Barack Obama's tax agenda pass muster in Congress, businesses will finally get one of their biggest wishes: Lower corporate taxes. But it could come at a price few will want to pay.

Treasury Secretary Timothy Geithner yesterday offered a framework for the Obama Administration's ambitious plan to reform and simplify the U.S. business tax code -- bringing the top corporate tax rate in line with the rates of other major economies. The proposal would also expand small-business expensing limits to $1 million and require U.S. companies to pay a minimum tax on overseas profits.

"The current corporate tax system was written for a different economy in a different era. Today's business tax system is not just outdated, it's unfair," said Geithner at a press conference yesterday. "To make us more competitive and create jobs here at home, we must reform our corporate tax code."

In addition to doing away with dozens of industry-specific tax incentives and subsidies, the framework Geithner set out would lower the top corporate tax rate to 28 percent from 35 percent. The plan would also expand and refocus the current domestic production activities deduction -- a write off that allows manufacturers to lower their taxable income from qualified U.S.-based production activities -- to 10.7 percent from 9 percent. The move would effectively reduce the top corporate tax rate on domestic manufacturing profits to 25 percent and even further for income from advanced manufacturing activities.

That's largely good news for businesses that have long complained about competing with companies based in countries that boast lower corporate tax rates, says William McBride an economist at the Tax Foundation, a tax-policy research group in Washington, D.C. Among developed nations, the U.S. (at 39.2 percent) has the second highest statutory tax rate -- a measure that combines average state and local taxes with the top federal rate of 35 percent. Japan now has the highest, but come April, that country will drop its corporate rate by 1.5 percentage points -- putting the U.S. in the dubious top spot.

But even with the tax cut, the U.S. would still have the fourth highest statutory tax rate among nations within the Organization for Economic Cooperation and Development, McBride says. "It's not bold enough," he says, adding that moving the top federal tax rate down to 20 percent would make the U.S. competitive.

What's more, some critics anticipate that certain measures like the President's proposal to levy an immediate tax on profits earned by U.S. companies overseas will have unintended consequences. Currently, it's the U.S.'s policy to tax income deriving from the foreign operations of U.S. companies. But oftentimes companies will deliberately keep their profits offshore or reinvest them in overseas operations to avoid paying that tax. This measure would prohibit that practice.

That tax could wind up hurting consumers and small businesses, says David S. Waddell, the CEO of investment strategy firm Waddell & Associates in Memphis, Tenn. "Corporations pass those costs forward," he says. "All we'll get from this will be wage pressure and less hiring."

To be sure, the President's tax code proposal is simply a framework at present, so many of the details aren't yet known. And Congress will surely want to weigh in on these proposals before all is said and done. But in the meantime, here are six points of interest from Obama's tax agenda that could affect small businesses for better or worse: