By Maggie Overfelt May 23, 2014
This story originally appeared on CNBC

McDonald's, Popeyes, Domino's Pizza, and Dunkin' Brands are all part of a growing contingent on Main Street that is poised for growth this year. The franchising industry has become an integral part of the American economy, contributing 3.5 percent of U.S. GDP, or $472 billion. It's expected to create more jobs and grow faster than the rest of the private sector in 2014, according to research conducted by IHS Global Insight for the International Franchise Association Educational Foundation.

Overall, the number of franchise categories is expanding into nearly every nook and cranny in the marketplace. Here we profile entrepreneurs who have reaped millions by carving a toehold in novel market niches where they could leverage their skills and past experiences and capitalize on some big trends in the U.S. economy--from doggie day care and mosquito exterminators to shipping depots. Read on to learn lessons from eight franchise owners who have moved beyond--some well beyond--the million-dollar annual sales mark. 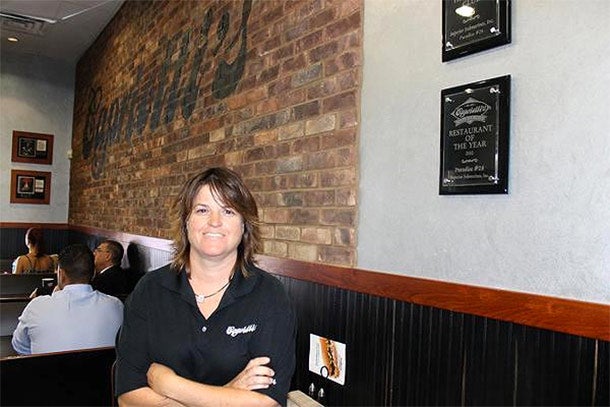 Working for Capriotti's Sandwich Shop is all Kelly Gwinn, 45, has ever known. "I started at the first location when I was old enough to see over the counter," said Gwinn, whose aunt and uncle launched the company as a one-shop turkey sandwich place in Wilmington, Delaware, in 1976.

Gwinn worked as part of the franchise company's corporate staff, but after a few years in, "I missed being in the stores; I missed the customers; I missed that environment--that's where the action and the fun is," Gwinn said.

It wasn't until eight years after Gwinn bought her first Las Vegas shop in 2002 that she found the one with the growth potential she wanted: an existing shop across town located near the University of Nevada. After selling her first shop to finance the purchase, Gwinn moved to be closer to tourists, across the street from the Hard Rock Hotel. Today her customer traffic is twofold: a steady stream of regulars--many of them college students--and tourists. Since 2012, Gwinn's shop stays open 24 hours to cater to the city's nightlife and recording nearly $1.2 million in annual sales.

How she pulled together start-up capital: (Capriotti's charges a one-time $40,000 franchise fee; the company estimates it costs anywhere from $197,000 to $607,500 to open one of its stores.) "I took advantage of the generous mortgage and housing market at the time, and luckily the brand was strong enough to have made it through the recession."

The hardest part of being founder/CEO: "Location. Right now there are so many chains and so many franchise brands out there that it's tough to find a spot that you can maximize." 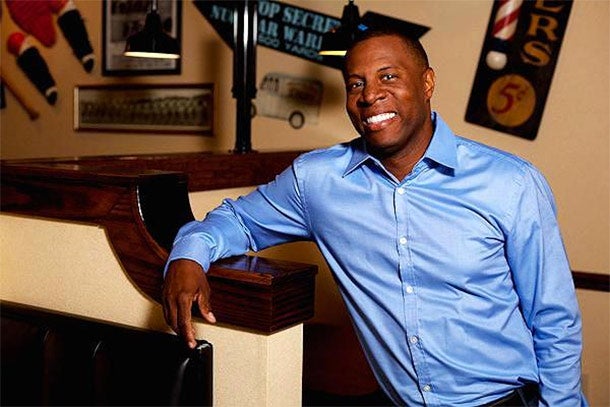 His first shop, just outside Atlanta, which hit $1.5 million in sales its first year and $2.8 million last year, doubles as a manager training center for Zaxby's corporate. Coleman's most recent location opened last July and is on track to pull in $4 million this year. While Coleman has toyed with buying into other food franchises, he's sticking with Zaxby's for now, hoping to expand into Oklahoma City and Dallas soon.

"Even in tough economic times, Zaxby's showed flat to 1 percent growth. That says a tremendous amount of how stable the brand is," Coleman said.

How he pulled together start-up capital: (Zaxby's charges an initial franchise fee of $35,000 and an ongoing royalty charge of 6 percent of weekly sales.) "I saved my bonus checks and put up my home for collateral--a tremendous amount of saving hard-earned cash to get a loan." (Coleman worked as a sales rep for Sara Lee, Frito-Lay and Prestone before buying his first franchise.)

The hardest part of being founder/CEO: "When you go from one store where you're the manager to opening up multiple stores, it's having the right people that you can bring in and trust--people who see your vision and [can fit into] the same culture that you already have within your organization." 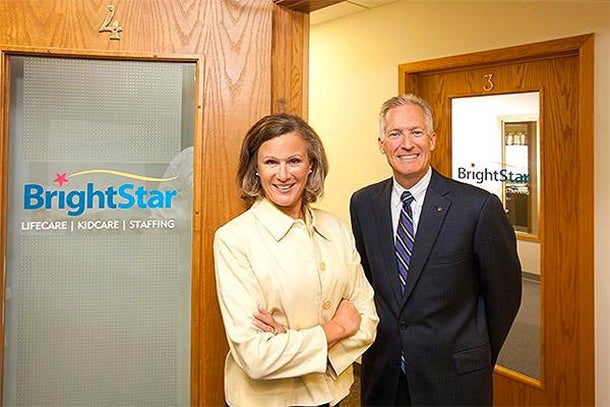 With their market exploding, thanks in part to aging baby boomers, Tews and his wife--based in Madison, Wisconsin--have grown their venture into a 32-employee operation with five locations, 500 caregivers and $9 million in annual sales. And, according to Tews, 62, gross profits are growing at about 38 percent to 40 percent a year--enough so that he and Rather, 53, are able to take weeks off at a time to bike around the U.S., where the two stay connected to work via email at rest stops.

How they pulled together start-up capital: (BrightStar charges an initial franchise fee of $48,000.) "[I used] $100,000 worth of personal investment and my severance, which carried us into the next year, when we broke even--we didn't pay ourselves a salary at first." Tew had 30 years' managerial experience in telecom and banking before being laid off by U.S. Bank in 2006.

The hardest part of being founder/CEO: "When we disappoint the customer. We have 500 field employees, and we rely on our nine customer-care managers to manage those folks, which means we're not touching [customers] directly. The key is finding people who make sure their standards are upheld and make sure the employees have the compassion that's so needed in this business." 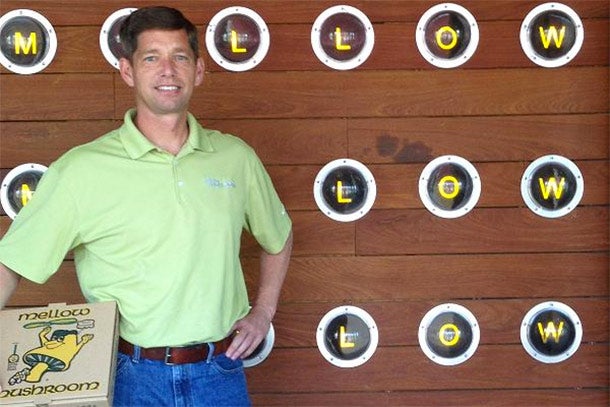 It took Mellow Mushroom a month to call Douglas in for a franchisee interview, and once his finances were approved, it took another year or so to scout, lease and open his pizzeria, which sits in the retail-heavy Carytown district near downtown Richmond. But it's a business that pulled in $3 million in sales his first year.

"It's a grittier location with an older demographic--we fit in well here," said Douglas. "The space was an old record store that had a great history of selling music. We play up the vinyl."

From its opening in May 2013 throughout the summer, the pizza joint was waiting-list only. Douglas, who burned out on a life in the Fortune 500 world before taking a chance on the franchise, works almost every day wherever he's needed--fixing the air-conditioning, sharpening pizza cutters and mopping.

How he pulled together start-up capital: (Mellow Mushroom charges an initial $50,000 franchise fee.) "I put money away for 20 years. Around 2008, when I started researching Mellow Mushroom, capital was tight, banks weren't lending, but I found one particular bank that was more receptive. It had helped finance 10 other Mellow Mushroom deals, so it knew how profitable [the opportunity] could be."

The hardest part of being founder/CEO: "Besides deciding which of the 40 beers we have on tap to take home at night? Getting my employees to do things the way I want them. Much of my staff gets paid $7.25 an hour, and it's hard to get them to care--it's just myself and a general manager babysitting and making sure the 60 or so kids we have working there are doing things right." 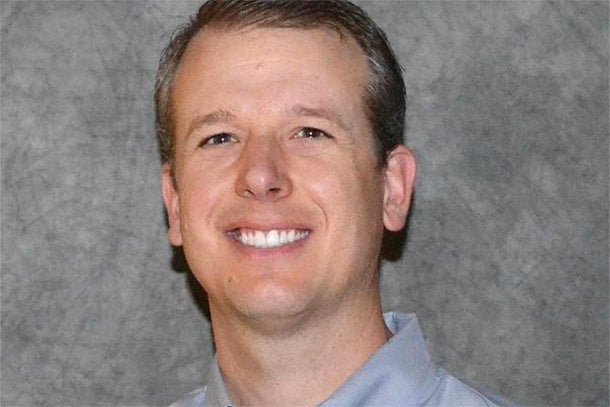 Ted Arnoldus, who left the Fortune 500 world for a position at Unishippers--which creates custom shipping and logistics solutions for businesses--helped double the business' sales over five years. In 2009 Arnoldus found an opportunity to be his own boss: He approached a Unishippers owner in Salt Lake City, bought a majority stake of the business and moved his family to Utah. To increase sales at his new post, Arnoldus focused on increasing his firm's small-package revenue stream, a less volatile market than pallet shipping and freight. He also leveraged his "wish list" sales strategy, where he would meet one one one with his clients and close each meeting by asking them if they knew anyone on his "wish list" of corporations that he could reach out to in order to persuade them to move their business to Unishippers.

Landing Larry H. Miller Automotive Operations--whose parent company owns the Utah Jazz--helped get Arnoldus' sales to where they are today: $5 million, up from $700,000, when he bought 80 percent of the business five years ago.

How he pulled together start-up capital: (Unishippers charges a one-time franchise fee of $30,000 for a new location, or $7,200 times the size of the territory for an existing franchise.) "I had some of my own money, and I also had two IRAs and a 401(k). Now I don't hold any security accounts--they're 100 percent invested in Unishippers."

The hardest part of being founder/CEO: "Staying focused on what the business actually needs from me and learning to delegate noncritical functions. I could sit down and reorganize a filing cabinet, but [more importantly] I have to be the guardian of the culture and run the sales side--that's the one piece I can't outsource."