By Karma Allen August 14, 2014
This story originally appeared on CNBC

Cisco Systems delivered quarterly earnings and revenue that surpassed analysts' expectations on Wednesday and posted a smaller-than-expected decline in sales during the quarter.

The technology company also said that it will cut some 6,000 jobs, or about 8 percent of its workforce.

The company forecast sales for the current quarter to come in between flat and up 1 percent, while Wall Street is expecting fiscal first-quarter revenue to come in flat at $12.08 billion, according to analyst polled by Thompson Reuters.

The company posted fiscal fourth-quarter earnings of 55 cents per share, up from 52 cents a share in the year-earlier period, while revenue decreased to $12.36 billion from $12.42 billion. 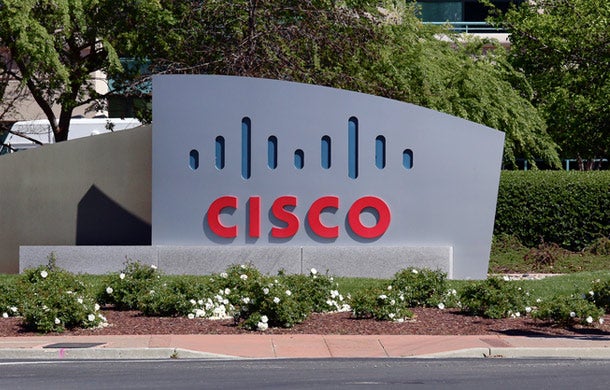 The company said revenue from product sales came in at $9.53 billion, topping Street expectations for $9.34 billion.

Cisco also said it paid a cash dividend of 19 cents per share and repurchased approximately 61 million shares of common stock during the fourth quarter.

"We returned a record $13.3 billion to shareholders this fiscal year through share buybacks and dividends," said Frank Calderoni, a Cisco executive vice president.

The Chinese information technology market is expected to grow to $111.7 billion this year, up 7.1 percent from a year ago, making it a key area for potential growth for U.S. tech companies such as Cisco.

But Cisco has struggled to expand in China as the country has restricted global access to its high-technology hardware market, according to industry analysts.

As of Wednesday's close, Cisco shares had gained about 14 percent year to date, having issued better-than-expected revenue and earnings results for the last two fiscal quarters.