Halfway through a mind-boggling pledge to launch a new business every week for one year, 29-year-old serial entrepreneur Colin Grussing has never been more tirelessly overworked -- or blissfully energized.

“It’s totally taken over my life,” says Grussing of 52businesses, a project he established last March to destigmatize the early-stage startup paradigm.

Ninety-hour workweeks leave time for little else, he says. “My fiancée is pretty upset with me. We were supposed to get married in October, and it looks like we’re going to push that back.”

And while 52businesses, now in its 25th week, is propelled by a near-superhuman endurance, there have been some setbacks, Grussing acknowledges.

Related: Inspired or Insane: This 28-Year-Old Vows to Launch a New Business Every Week for One Year

Plans to document the project via social media, weekly podcasts and daily blogs, for instance -- with ads to be sold against this content -- proved impossible to keep up with fairly early on. Therefore, 52businesses has yet to determine a sustainable revenue model. Plans to land a corporate sponsor have also yet to materialize.

And a scorching New Orleans summer has meant that the team had to vacate ‘Bob,’ a retrofitted blue school bus from the 80s that was supposed to serve as its center of operations. “It’s a greenhouse,” Grussing says. “We put an A.C. in and it just didn’t do anything.” The team has since relocated to a local office space.

But if it sounds like a series of minor setbacks has dissuaded Grussing from the mission at hand, think again. As a die-hard business lover, he describes the project as a “dream job” of sorts -- though it’s a dream that has gradually evolved.

After week 8, due to an overwhelming response from the entrepreneurial community, 52businesses shifted its focus from building proprietary ventures to collaborating with aspiring business owners to help them kickstart their own dreams.

Suddenly, everything clicked. “I’m loving every second of it,” Grussing says. “It’s exactly what I want to be doing, and I feel like it’s really, actually helping people. After iterating for 25 weeks, we are getting really good at this.”

While some of 52business’ ventures have leapt off the page with ease, others have been more slow-going.

Week 8’s writingyourownvows.com, for instance -- a site that helps couples compose their own wedding vows and also vends self-help ebooks -- was created in 24 hours flat. Web-based businesses that offer a single product or service tend to be the least time-consuming, Grussing says. 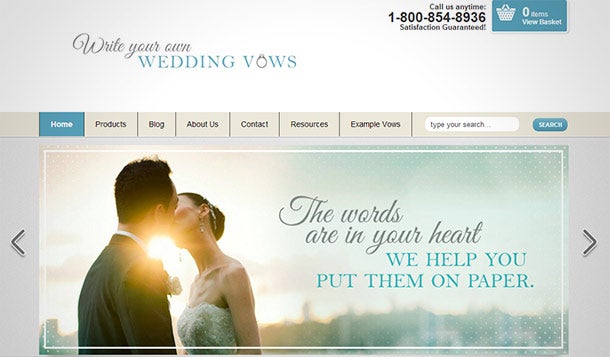 It should be noted, however, that the site has yet to turn a profit, and that none of 52businesses’ own businesses has. Nevertheless, Grussing insists that each marks a salient concept, which, given enough fine-tuning, could ultimately yield returns.

A patriotic-themed apparel brand called Benjy’s, hatched during week six, perhaps fared worst. “To get the prototypes made, the message solidified, the copy written, the pictures taken and then put it all together in a week -- we tried our hardest and that was just not possible,” Grussing says.

But in pivoting to serve as a collaborative consultant, 52businesses seems to have hit its stride. All told, the initiative has led to the creation of roughly 20 jobs thus far, Grussing says, and 14 burgeoning businesses.

From hundreds of applicants, the team initially prioritized fellow New Orleans entrepreneurs, including Acrodisiac, a performing acrobatics duo with a “sensual edge”; Kiss Your Grits, a low-cost food truck that offers healthy breakfast options; and Carré Quest, which creates custom made security doors out of used bicycle parts.

Zany though each business may sound, 52business’ philosophy remains consistent from week to week. Grussing aims to turn the traditional startup process -- “quit your job, start an LLC, get your trademark, develop your product, talk to your customers” -- directly on its head.

“We really do the exact opposite: talk to your customers, develop your product, maybe get a trademark -- you should get your LLC -- and then if it’s working really well, then quit your job. I really believe that you can microtest a business idea in a way that’s less difficult and risky than most people think.”

This week, 52businesses is set to deploy the venture for which Grussing is perhaps most excited of all: Apocalypse Camp. The concept -- a survival course for adults where skills like siphoning gas, hotwiring cars and shooting guns are taught -- has been percolating in his mind long before 52business’ inception. 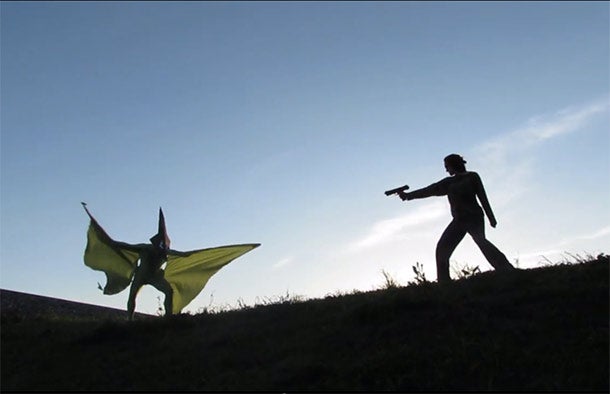 The idea came to Grussing one day when he lost his keys and had to break into his own home. “I remember thinking, like, ‘I think that more people should know how to do this. I think people would really enjoy it. Maybe there’s a business here.’”

A true passion project, he has personally selected the camp as a kind of capstone celebration and halfway marker.

But what does 52businesses’ post-Apocalyptic future hold? Looking ahead to the third quarter, Grussing says the team’s goal is to reevaluate content output in order to disseminate helpful anecdotes and advice to followers.

And its fourth quarter will hinge almost entirely upon determining a sustainable revenue model. Grussing, who is currently funding 52businesses out of pocket, estimates that the organization needs about $80,000 annually to be sustainable.

Provided that all goes according to plan, he would like to continue the mission indefinitely, creating a new business every week for -- get this -- the rest of his life. “If this was my job,” he says with unblinking resolve, “then that would be a really great life.”

Related: Franchise Players: How I Bought an Embroidery Franchise at 21