To Grow, This Distillery Learned How to Tell Its State-of-the-Art Story

By Kelly K. Spors November 5, 2014
Opinions expressed by Entrepreneur contributors are their own.

In this series, we feature small companies helped by MBAs Across America, a nonprofit that sends teams of MBA students from top U.S. business schools across the country to help entrepreneurs tackle key challenges at different stages of their company's life.

The Challenge: Headframe Spirits, a four-year-old craft distillery in Butte, Montana, also makes alcohol stills that it sells to other distilleries. John McKee, cofounder with his wife Courtney, says the 27-person company hoped to grow its equipment sales in coming years, but hadn't given much thought to how to market its stills effectively. "We needed help understanding the marketplace," McKee says. "We needed to figure out how to make our product compelling to the people buying distillery equipment." 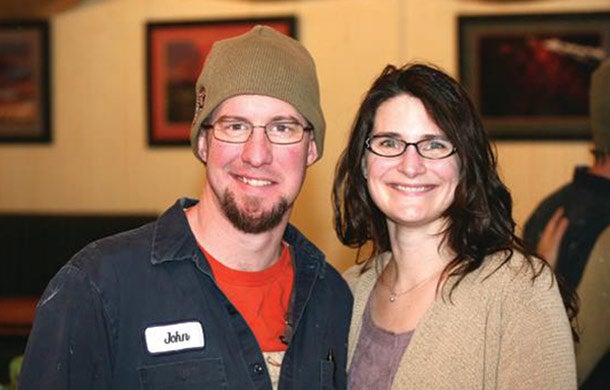 Related: The Grand Ole Opry Gets Hip to Hashtags to Harvest a New Audience Online

One concern, McKee says, was that Headframe sells custom "continuous flow" stills that are often used by larger, mainstream distilleries. Headframe wants to sell its stills into the burgeoning craft distillery market, which often leans towards so-called "batch" distillation systems because they are believed to provide more flexibility and recipe customization. But Headframe has developed a state-of-the-art continuous still that is far more efficient, allows for greater customization while also reducing production time and costs.

"The challenge here was they have developed this great product and state-of-the-art technology but they haven't really found a great way to communicate it to customers," says Renee Frantz, MBA team captain.

Related: How to Do Market Research – The Basics

The Solution: The MBA team from Columbia University spent a week at Headframe this past July, dedicating its first few days to intensive market research. They sent a survey to 137 craft distilleries to learn more about what attributes they look for when buying distilling equipment. They also conducted phone interviews with distilling insiders to learn more about the equipment needs of small, growing distilleries and asked questions on online forums devoted to the distilling industry.

The research, Frantz says, allowed the team to boil down three key attributes on which Headframe should focus on when marketing its stills to distillery equipment buyers: precision, efficiency and price.

The team then looked at how Headframe could best showcase these three attributes of its equipment. It noticed that many distillery equipment retailers do a poor job of explaining the value of their stills online—and don't provide much background information on how the technology works and its benefits and efficiency. 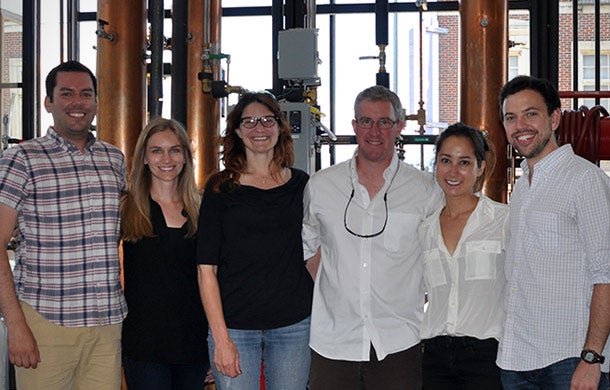 The team recommended that Headframe greatly enhance its web site and include more details and benefits about its stills, including showing how its stills can reduce the time, energy and costs of the distilling process along with customer testimonials. "We felt like [Headframe] needed a place to point customers to so John doesn't have to have an intense conversation with every potential customer who calls asking about the product," Frantz adds.

The Follow-Up: Headframe is now building a new separate web site specifically for its equipment business and will incorporate the team's recommendations, McKee says. It has created a simple online tool that allows distilleries to calculate the financial and time-savings of using a continuous still. It will also include an online demonstration with animation that shows how its continuous-flow stills work, in hopes that people better understand the value. Video testimonials from past customers will explain how Headframe's stills have helped their business.

McKee says the MBA team's findings have also helped him better understand what type of distilleries they should be targeting their marketing toward—those most interested in efficiency and cost savings—and helped them better play up those aspects when talking with potential customers.

Brian Honigman, a marketing consultant in Brooklyn, New York, says he agrees that Headframe should include more online information to inform potential buyers. But it should also consider how to use social media to better promote its equipment sales. For example, Headframe should identify blogs and web sites targeted at craft distilleries and use those forums to market its equipment and direct people back to its new web site. "You can build the best web site in the world, but if no one visits it, what's the point?"