Will Sony Get Its Groove Back?

By Arjun Kharpal September 17, 2014
This story originally appeared on CNBC

Investors must be banging their heads against a wall after Sony issued another profit warning on Wednesday – this time related to struggles in its smartphone business.

This marks the sixth profit warning since CEO Kazuo Hirai took the helm in 2012, but little has changed as the Japanese electronics giant continues its struggle against Apple and Samsung in the premium end of the smartphone market.

On a call with investors on Wednesday, Hirai expressed his "deep regret" at scrapping the dividend for the fiscal year and assured the market that he will create a company that "amazes and moves" customers.

But analysts said Sony is facing tough competition for its Xperia models in the rapidly maturing smartphone market against Apple and Samsung.

"It is a market where you have two big strong players that are accounting for a big share of that market and it is tough for all of the others," Roberta Cozza, research director at Gartner, told CNBC in a phone interview.

"The premium segment for smartphones is slowing down because, in mature markets, users are keeping their devices longer and upgrade when they feel features are convincing enough to buy a unit."

Read More: Sony CEO: Why we need to stay in smartphones

Cozza added that intense competition from low-cost Chinese players such as Xiaomi is causing Sony to be "squeezed in the middle" as they cannot compete at the low end.

The group has been aiming to restructure the company and announced it would cut 15 percent of its mobile unit staff this fiscal year. Earlier this year it offloaded its failing PC division and spun off its TV business into a separate company.

Sony said in a statement on Wednesday that it would concentrate on its premium line-up and reduce the number of models in its mid-range offering. 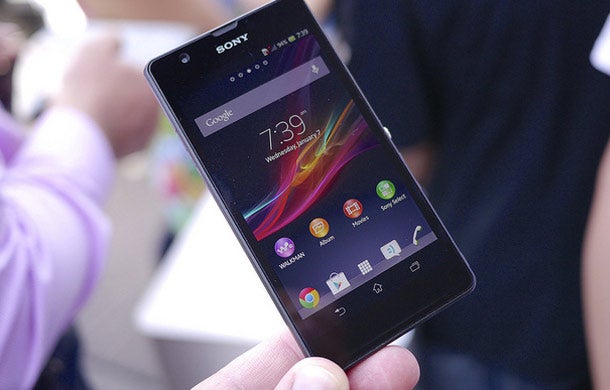 Sony, known for its successful PlayStation 4 games console and camera products, has a lot of assets to leverage and this could be the key to turning around the Japanese giant, according to analysts.

"When you look at their capabilities they have many more assets than most other companies in the smartphone market," Ian Fogg, head of mobile analysis at IHS, told CNBC by phone.

"Mobile games are the most accessible content. Sony has a great games brand with PlayStation but has been slow to leverage that in its smartphone business. It really needs to go for it."

Could wearables save Sony?

Wearables have been a key part of technology companies' strategy over the past year with Apple releasing its Watch and Sony coming to the party too with its SmartWatch 3 and SmartBand Talk. Hirai hinted at the company's intentions to develop further in this area.

"Sometime there will be a post-smartphone business, a new area of mobile communication business, and if that day comes we have to utilise our assets…we have to create the foundations of the smart business and evolution of that going forward," he said.

With global revenue from smart wearbles expected to hit $53.2 billion by 2019, according to Juniper Research, analysts said Sony's ecosystem would help it make good products that could inject much-needed life into the company.

"This will help them because they have a strong brand to go across all these technologies. It's a market they need to be in and Sony needs to add value to the brand through wearables and become stronger as an owner of an ecosystem," Cozza said.